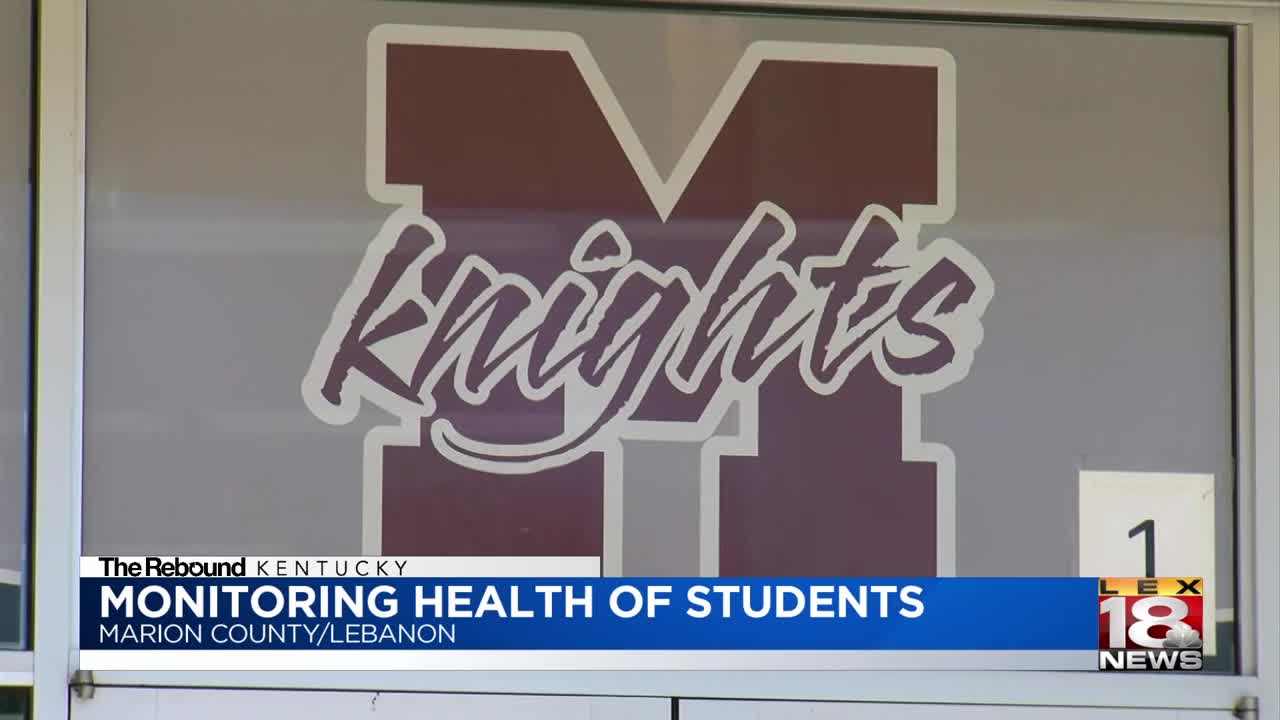 LEBANON, Ky. (LEX 18) — LEX 18 and our parent company, Scripps, has launched a series of stories to help you through the impact of the coronavirus.

The initiative is all about giving you the resources and inspiration you need to recover from the hardships the pandemic has caused.

For students across the Bluegrass, this school year has been unlike any other. Sports and activities canceled, and friends and classes are only meeting virtually.

Many districts are trying to not only keep students focused academically, but checking on their physical, social, and mental health.

Inside the empty halls of Marion County High School, only apparent signs of life are coming from the cafeteria as staff members prepare thousands of meals.

Fourteen meals go home to every student once a week, and Wheeler points out that students have loved having a taste of campus. Besides the daily lunch together, students have also missed spring plays, concerts, and sports.

Leah Wright is a sophomore at MCHS and a member of the softball team.

"I was gonna go to prom, and stuff like that," said Leah Wright.

"I work with a lot of seniors, and they are just having a tough time," said Laurie Followell, an instructional coach at MCHS.

Typically, the month of May is a time of celebration and goodbyes to classmates. Instead, the Class of 2020 is bracing for a socially-distant graduation.

"It's gonna look very different, unfortunately, but we're trying to do the things, try to recognize them," said Robby Peterson, principal of MCHS.

Peterson says the staff put yard signs out for upcoming graduates, and there's even a drive-through cookout this Thursday.

"We wanted to make sure we addressed their social, emotional health as well," said Schlosser.

For Schlosser, monitoring the mental health of students is personal. She lost her daughter, Taylor Rae Nolan, to suicide last year.

Shortly after, with some students and faculty, the S.M.I.L.E Club was launched on campus.

"We got pretty close throughout the year. And so, we're all trying to keep in touch with each other and be positive together," said Leah Wright, a member of S.M.I.L.E.

Schlosser was also inspired to create the "Rae of Sunshine" Foundation. The foundation strives to create positive rays of sunshine, increase access to social and emotional health resources, and remove the stigma of mental health.

"I think that's what Rae of Sunshine is really all about is trying to do over this course of time is just to remind everyone that your story is important and that there are resources out there for you," said Schlosser.

Usually, she travels the state to speak with students face-to-face. But that contact is replaced by Facetime connections and Zoom art demonstrations.

For parents, if a child is struggling or feeling alone, Schlosser recommends helping find resources through their principal, guidance counselor, even telehealth. Most importantly, she says to keep the dialogue going.

"I think the most important thing is just that two-way conversation, that open, honest conversation, and that it's okay to not be okay," said Schlosser.

Schlosser says she's proud of her students for promoting a positive attitude among each other during this uncertain time, and of her faculty to continue reaching out.

"They did not allow COVID-19 to take away how special that their students were," said Schlosser.

You can also contact the American Foundation for Suicide Prevention. Schlosser says the goal is to prevent other families from feeling the pain of suicide.