Religious leaders weigh in on Kentucky's race for governor 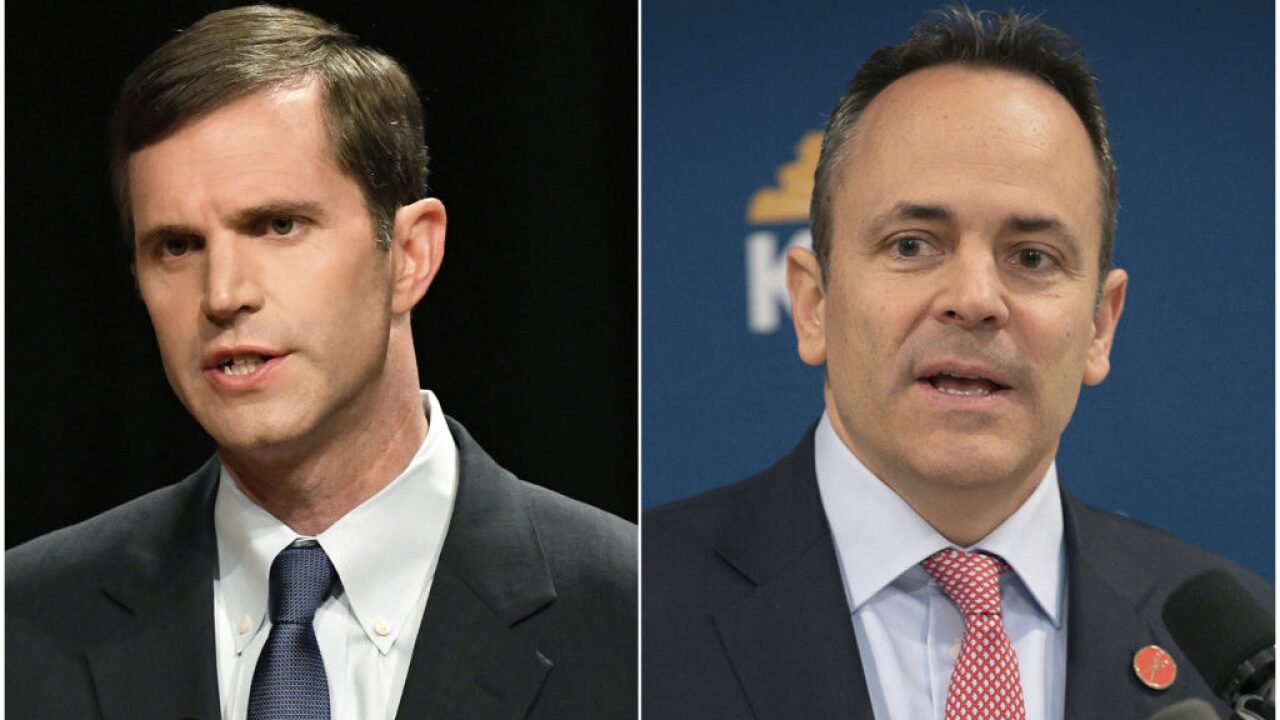 FILE – In this combination of file photos Democratic candidate for Kentucky governor Attorney General Andy Beshear, left, responds during a debate at Transylvania University in Lexington, Ky., on April 24, 2019 and Kentucky Gov. Matt Bevin speaks in the Capitol building in Frankfort, Ky., on Feb. 28, 2019. In Kentucky political circles, Beshear vs. Bevin has become shorthand for the bitter feud between the state’s governor and attorney general over legal issues with sweeping implications for the future. The two won their parties’ nominations in the primary election for governor on Tuesday, May 21. Now they will square off in November in a grudge match that will have national political experts watching for signs that a Republican incumbent closely aligned with the president might be more vulnerable than expected. (AP Photo/File) 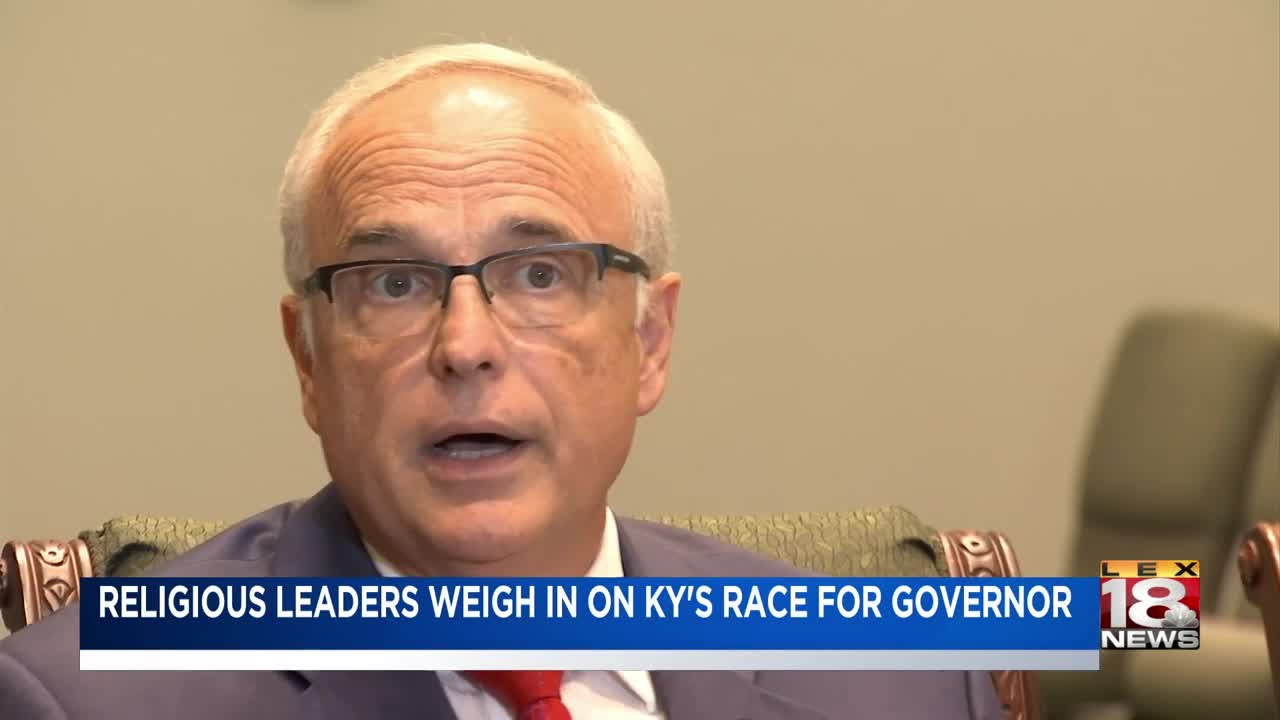 (LEX 18) — In recent weeks, religious faith and the topic of abortion have continuously popped up in the Kentucky's Race for Governor.

In his first TV ad in the race, Andy Beshear talked about his values to Frankfort, while mentioning his family's Baptist roots. Beshear said that his grandfather and great-grandfather were Baptist preachers from Western Kentucky, and that "their faith guided them, just as it guides my work today in helping the lost, the lonely."

"Andy Beshear claims that his views on abortion and his faith is informed by the Baptist traditions by his grandfather," said Bevin in the video.

Bevin is anti-abortion, and said that Baptists should be insulted by the ad because of Beshear's pro-abortion rights stance. Beshear's ad does not mention abortion.

More than a dozen Kentucky pastors weighed in on the situation in an open letter, saying, "we are embarrassed and appalled that you would so misrepresent our Baptist heritage and Baptist faith." Pastor Jeff Fugate wrote the letter, saying that he doesn't want someone who supports abortion rights to "use his Baptist faith" in an ad.

"If he would've just said faith or what-have-you, that's different. But he used Baptist faith and pictures of Baptist preachers, that was different," said Fugate.

Other pastors who signed the letter, like Lonnie Moore, tell LEX 18's Karolina Buczek that they're not against Beshear as a person, but he says that Beshear "doesn't stand for them."

"I certainly am for Andy Beshear having the views that he has and the right to even declare those, but to say that he represents the baptist faith - that's where I have my opposition," said Moore.

Other religious leaders disagree with both the letter, and Bevin's take on Beshear's faith.

"If you're going to talk about somebody else's faith - that seems to me to be a higher standard that one ought to hold one to and the governor has failed at that," said Pastor Derek Penwell.

Penwell openly supports women's reproductive rights, and tells LEX 18 that he is not Baptist, but as a Christian, he said he doesn't believe it is fair to judge Beshear's faith based on his political stance on abortion.

"It's one thing to say 'we disagree with the Attorney General on this issue.' It's an entirely different thing to say 'because he does not agree with us and this point of our theological understanding, he is therefore not one of us - he's not a Christian,'" said Penwell.

LEX 18 reached out to both parties for response. Bevin's campaign manager said “At a time when religious freedoms are under constant assault from Andy Beshear and his allies on the radical Left, Governor Bevin applauds these Baptist Pastors for standing up for their faith in the public arena and staunchly defending the unborn.”

Behsear's campaign manager said in part, "For Bevin to attack Andy Beshear's faith and his late grandfather's and great-grandfather's service as Baprist preachers in Western Kentucky is disgraceful."