Summertime set up through midweek 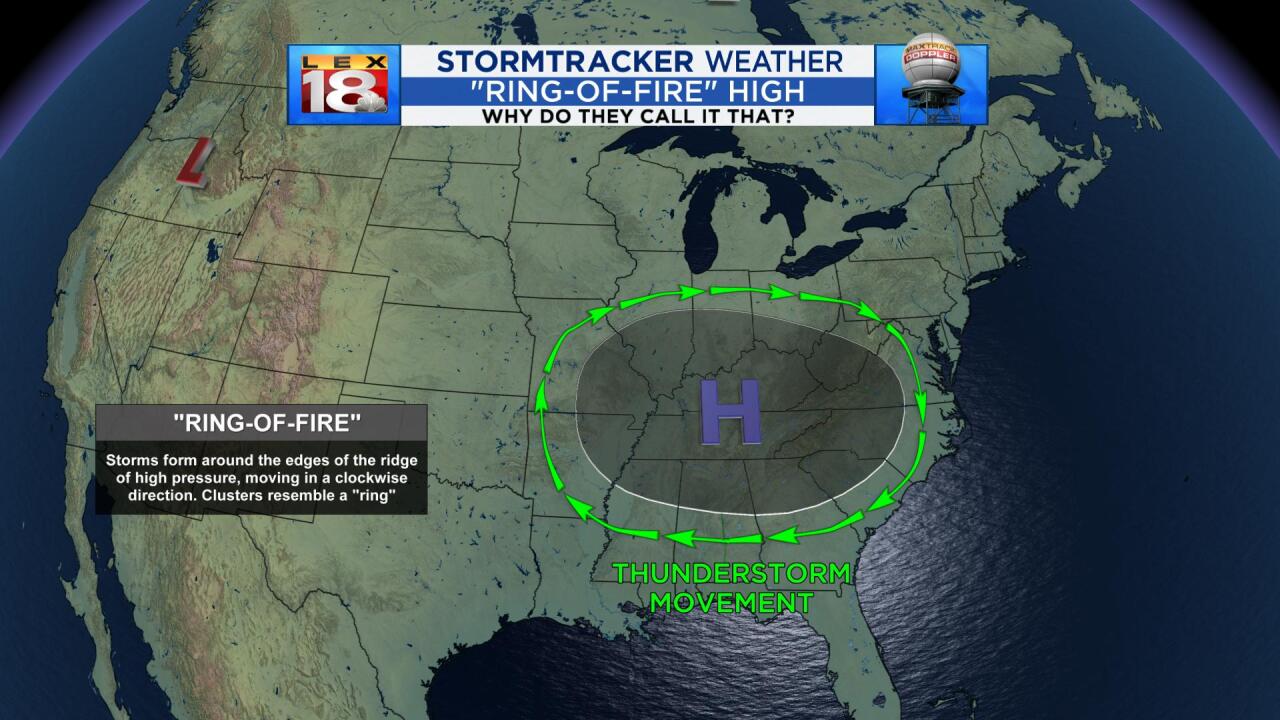 A “typical summertime” pattern is taking shape in the next several days, despite the fact that we’re now in fall. This pattern comes with strong high pressure over the southeastern United State, and a massive dip in the Jetstream over the Pacific Northwest.

This type of atmospheric blocking is referred to as the “ring-of-fire” blocking pattern. The way it works is, the ridge of high pressure (an extension of the Bermuda High) stretches from the Atlantic, into the southeastern states. The high strengthens and starts to “block” the Jetstream.

The low over the Pacific Northwest brings storm after storm down into the states bringing heavy rain and snow to the region. Meanwhile, the high pressure in the southeast blocks and deflects the Jetstream north and east, which is the direction the storms take after dumping through the inter-mountain west. Due to this blocking, rainfall is minimal for areas east of the Mississippi and unseasonable heat builds.

The reason this blocking ridge is called the “ring-of-fire” is due to the thundershowers that form on the outskirt of the ridge, where pressure is low enough for development. These storms moves in a clockwise fashion in relation to the center of high pressure, resembling a “ring.”

Our forecast will be very hot and very dry through the middle of next week. Temperatures will run 15-25 degrees above normal and rainfall will be scarce.