Saturday won't be a washout

But it will be rather soggy! 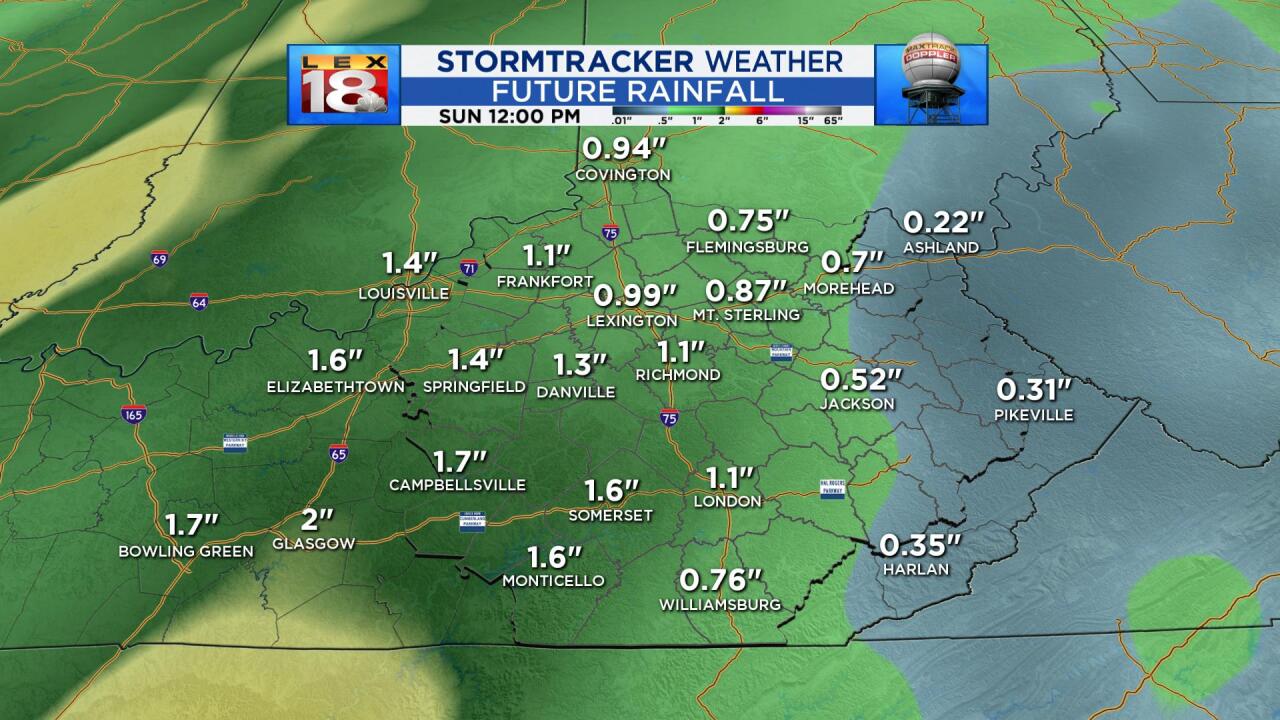 Today won't be quite as nice as the last two days, but it will be better than tomorrow. We have been tracking an upper level that has dropped out of Canada, then zipped across the Rockies before dropping into Texas. This system brought heavy early season snow to Colorado, and thundersnow to the panhandle of Texas. After slowing down today, the low will take a northeast turn through the Mississippi and Ohio valleys. This system will bring copious amounts of Gulf moisture to the Commonwealth on Saturday.

This slow-moving upper level low will bring more heavy rain to the southern US. The rain from this system start creeping northward this evening. There appears to be two distinct rounds of rainfall. The first will nudge into our southern counties later this evening. These showers will be scattered. The rain will be widespread by Saturday morning. There will be periods of heavy rain with this initial push. The latest model runs have displayed a lull through the afternoon hours of Saturday. The second round could pack a punch as the cold front crosses the area. Additional heavy rain plus isolated thunderstorms will arrive Saturday evening. Some of these storms could be on the strong with gusty winds. The threat of isolated flash flooding will be of greater concern. The relatively dry soil will be drenched by the morning round, then hit again Saturday evening. The ground will be like a saturated sponge. In some spots it won't be able to hold anymore water.

A cold front will quickly wipe out the showers Sunday morning. Between now and then central Kentucky will pick up between one and two inches of rain. Eastern Kentucky will see a little less, while west of the I-65 corridor will see higher amounts. This weekend's rainfall will be beneficial to continue improving the state across the state.