A look back at the weather that was Sep 2019 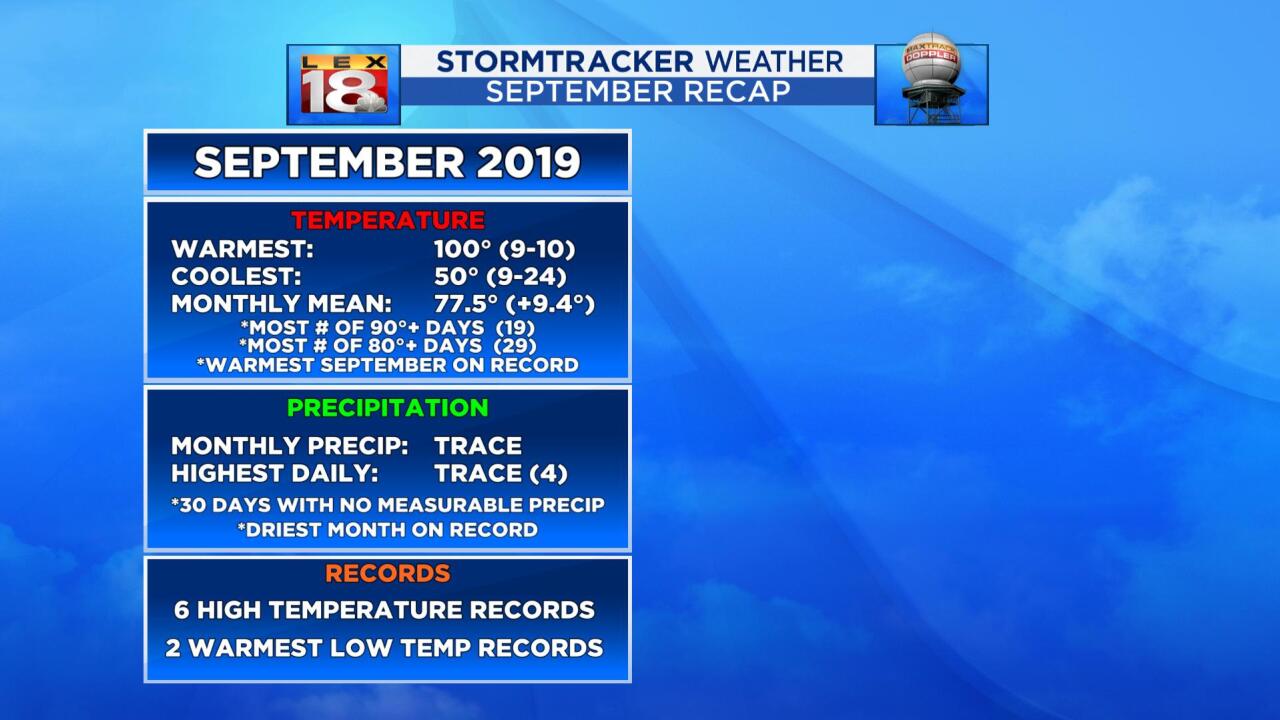 September was an active month for weather, but not in the way you would think. Above average and record-setting heat was the main headline in the forecast most of the month, in addition to the continued dry weather.

Temperature:
The warmest temperature recorded was 100 degrees on the afternoon of the 10th. This was the first time since 1954 that we reached the triple digits in September. The coolest temperature was 50 degrees, the morning of the 24th. The monthly mean ended at 77.5 degrees which makes 2019 the warmest September on record. It is also nearly 10 degrees above the normal mean for the month. September 2019 also had the greatest number of 90-degree (of higher) days in any September at 19, and the same for the most 80 degree (or higher) days, at 29. Meaning that all but one day reached 80 degrees or higher.

Precipitation:
Rain was an mostly non-existent part of the 2019 run. We ended with only a trace of precipitation total, which was recorded between only four days of the month. We ended the month with 30 days without measurable precipitation, which is the only month to do so in Lexington Weather history.