Severe drought for parts of central and eastern Kentucky

Unsurprisingly, the drought has gotten worse. 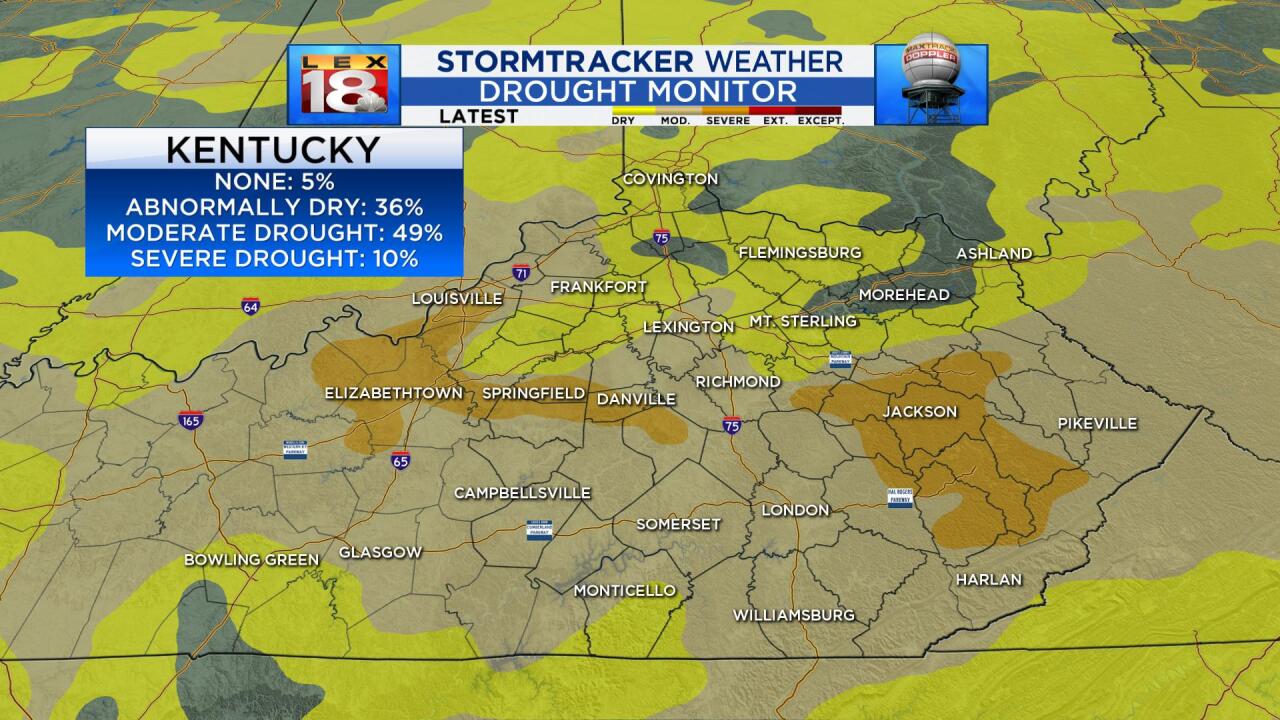 The latest drought monitor was issued earlier today. With only trace amounts of rainfall over the past week, it is no surprise that the drought is deepening and expanding. Nearly half of the entire Commonwealth is experiencing a moderate drought. Pockets of severe drought (level 3 out of 5 on the scale) have popped up over the last week. Areas from along I-65 between Louisville and Elizabethtown then east to northern Lincoln County plus an area centered between the Mountain and Hal Rogers parkways are experiencing the severe drought. December 2016 was the last time any part of the Commonwealth was in a severe drought.

It's a lot easier to slip into a drought than to get out. The set-up for at least the next week signals that the drought will get worse before it gets better. There will be extremes in weather to begin next week. One coast will be blazing in summer-like heat while the other prepares for the depths of winter. We will be on the summery side. An amped up, blocking high will build in across the Southeast. Not only will it keep us dry and increase the drought, but it will also bring the potential for record-setting heat. We will string together a few 90-degree days heading into October. Highs of 90° or hotter are rare for Lexington in October. So rare we have only hit that mark NINE times since 1887! The total most 90-degrees in October is three from 1939. Daily record highs could also fall, in particular on Tuesday. The atmosphere wants balance. On the flip side the Pacific Northwest and the northern Rockies are bracing for near-record cold and a major early season snowfall.