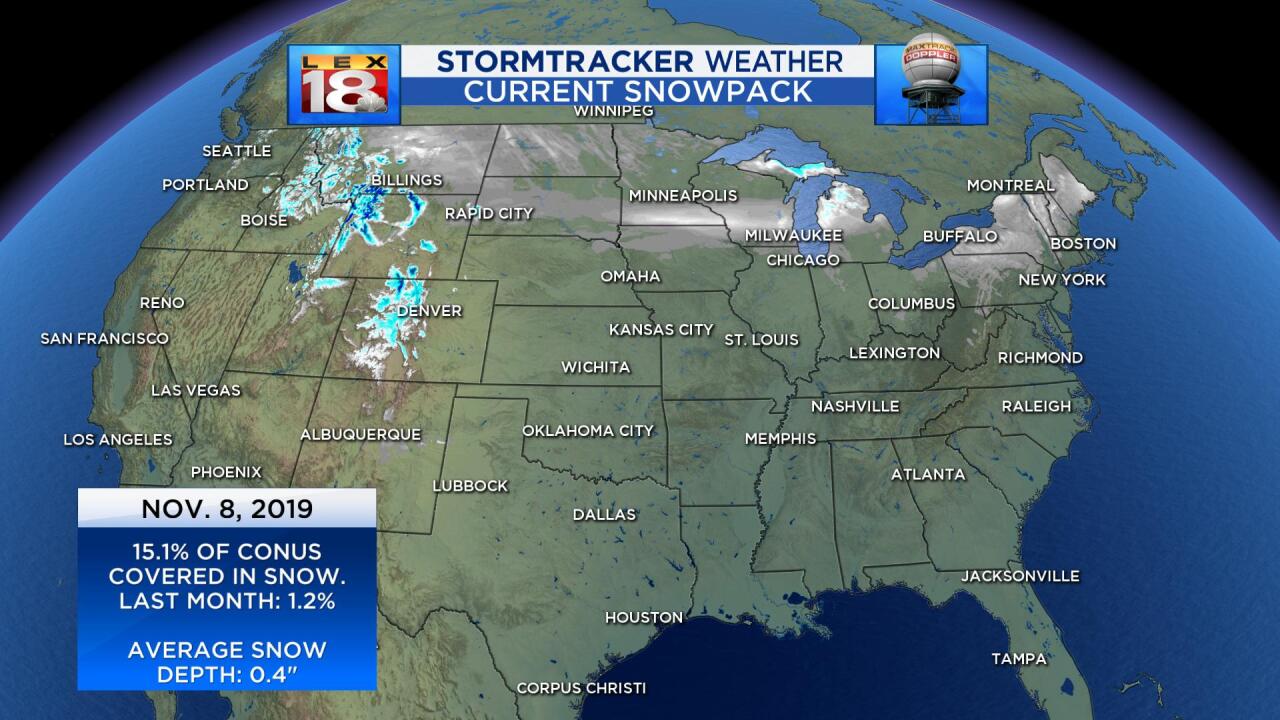 A number of cities across the northern US received the first accumulating snowfall of the season this week. The "lake effect snow machine" has also been turned on. Upstate New York is expecting a heavy lake effect snow event today.

Parts of the Northeast, Great Lakes, North Plains, and the Rockies currently have snow on the ground. Snow is blanketing 15% of the continental US with an average snow dept of 0.4". Snow cover is above-normal for this autumn season. The latest report from Rutgers University published at the end of October showed that 190 square miles of the CONUS was covered in snow; normal is 186 square miles for this point in the season. This ranks third out of the last 52 years.

Snow cover across the northern US and Canada is another factor in why next week's Arctic blast will have no trouble maintaining it's level of cold as it rushes south. The presence of a snowpack has been shown to modify atmospheric conditions through due to its radiative effects. Snow on the ground will keep a cold air mass moving over top of it "cold." Overnight temperatures can be closer than model output with snow cover.

The area of Arctic air is already pushing into southern Canada. The northern Rockies will feel the brunt of it by the end of the weekend. The bitterly cold air mass will continue working through the Midwest, Ohio Valley, and eventually the eastern third of the country on Monday and Tuesday. The core of the cold air will settle over the Bluegrass on Tuesday and Wednesday. Lows will be in the teens and lower 20s with high struggling to climb above the freezing mark. The latest 6-10 day temperature outlook place the entire Commonwealth a 90% chance of below-average temperatures.