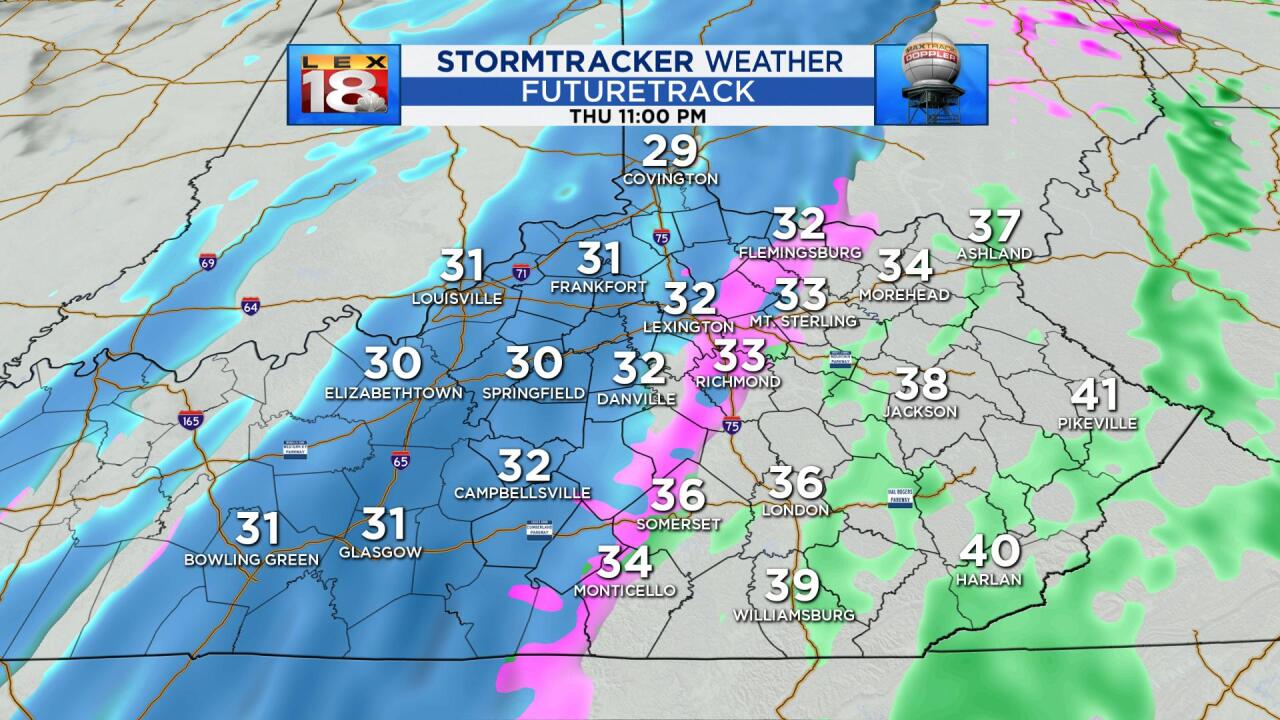 Our early spring is about to go out the window, temporarily. A strong low will cut across eastern Kentucky today, bringing more rain along for the rain. Colder air will sweep in on the backside of the low as it treks into the Great Lakes. Temperatures will sharply drop this evening. Lingering precipitation will change from rain to snow. There will also be a period brief of a wintry mix, which may lead to some very light icing.

The snow will pick up in intensity after midnight. This will be a "pasty, wet" snow that will want to accumulate, especially once surface temperatures drop below freezing. Accumulating snow showers will linger through the Friday morning commute. You could deal with slippery and potential hazardous conditions heading out. Scattered snow showers will linger into the second half of the day. Any additional accumulation will be very light.

Snowfall accumulations will be between 1" and 2" for central Kentucky. Southeastern counties and areas west of I-65 can expect a little less.

This is the best snow chance that we have seen since meteorological winter began on December 1st. (Don't worry, you're not alone in your excitement.) There has been snow so far this winter, but only trace amounts. As of today, this year tops Lexington's list of the least snowy winters (December - February.) There has never been a winter without measurable snowfall. Our total season snowfall stands just under 2". All of that snow came in November. To say the least we are running a considerable snow deficit. Lexington averages over 7.5" by this time in the season.

You can check the latest weather conditions on the *free* LEX 18 StormTracker Weather app.