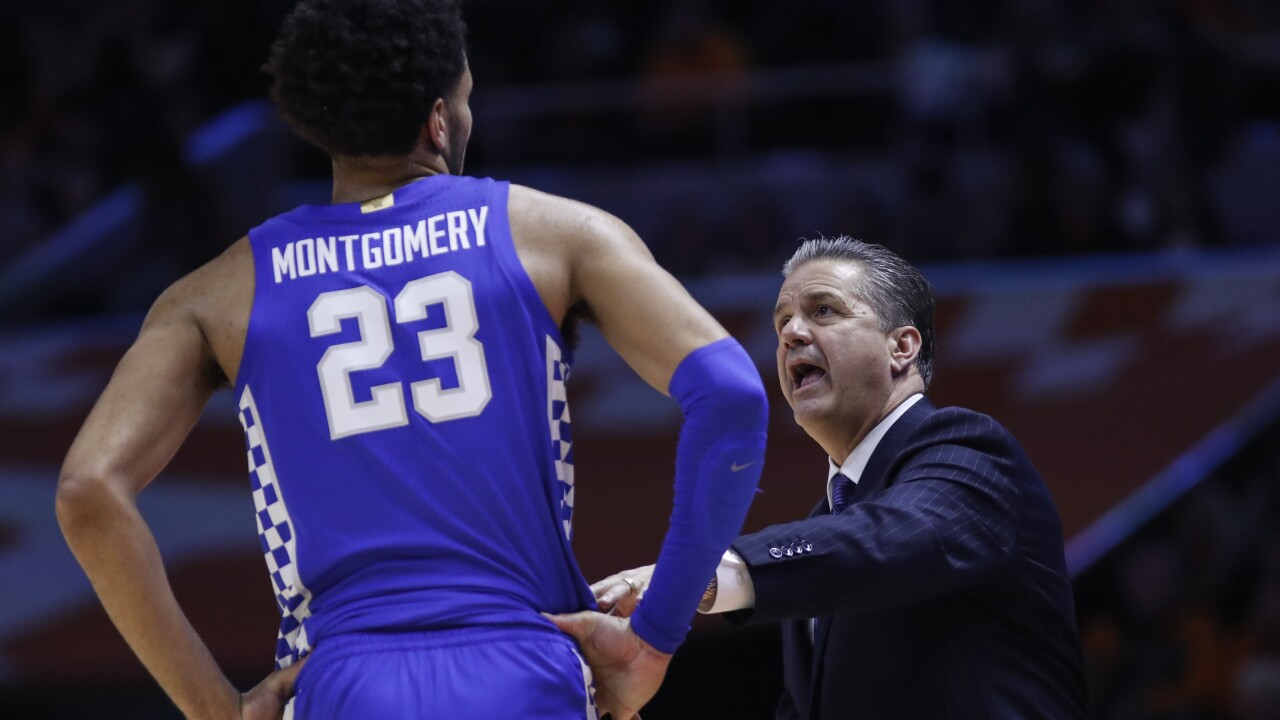 LEXINGTON, Ky. (LEX 18) — University of Kentucky's EJ Montgomery announced Wednesday that he has submitted his name for the NBA Draft.

After testing the waters with the NBA Draft process last year, Montgomery returned to spend his sophomore year at UK.

“What an incredible honor it has been to play for not only one of the best schools in the country, but also the best fans,” Montgomery said. “When I decided to come to Kentucky, it was a dream of mine to win a national championship. I know my brothers and I were ready to go to war for our coaches, the university and Big Blue Nation to bring home the national title this year."

“The circumstances were unfortunate, but I am thankful that I was able to play for a great coach and coaching staff and compete every day in practice and in games to challenge myself to become a better all-around player," said Montgomery, “With that being said, I have decided to take the next step in my career and chase after my ultimate dream and declare for the NBA Draft. I would like to thank Coach Cal and the entire coaching staff for giving me this opportunity and challenging me to become a better player and a better young man. Also, my brothers for the grind and always having my back. I would like to thank my family and friends for all their support through this experience. And lastly, I would like to thank you, BBN!”

Montgomery is the fifth UK underclassman to announce his decision to enter the NBA Draft. He played in 28 games for the Wildcats this year and made 25 starts. Montgomery averaged 6.1 points and 5.4 rebounds per game. He also charted 31 total blocks, 12 steals and 17 assists.

Here is a look at what Montgomery posted to social media: