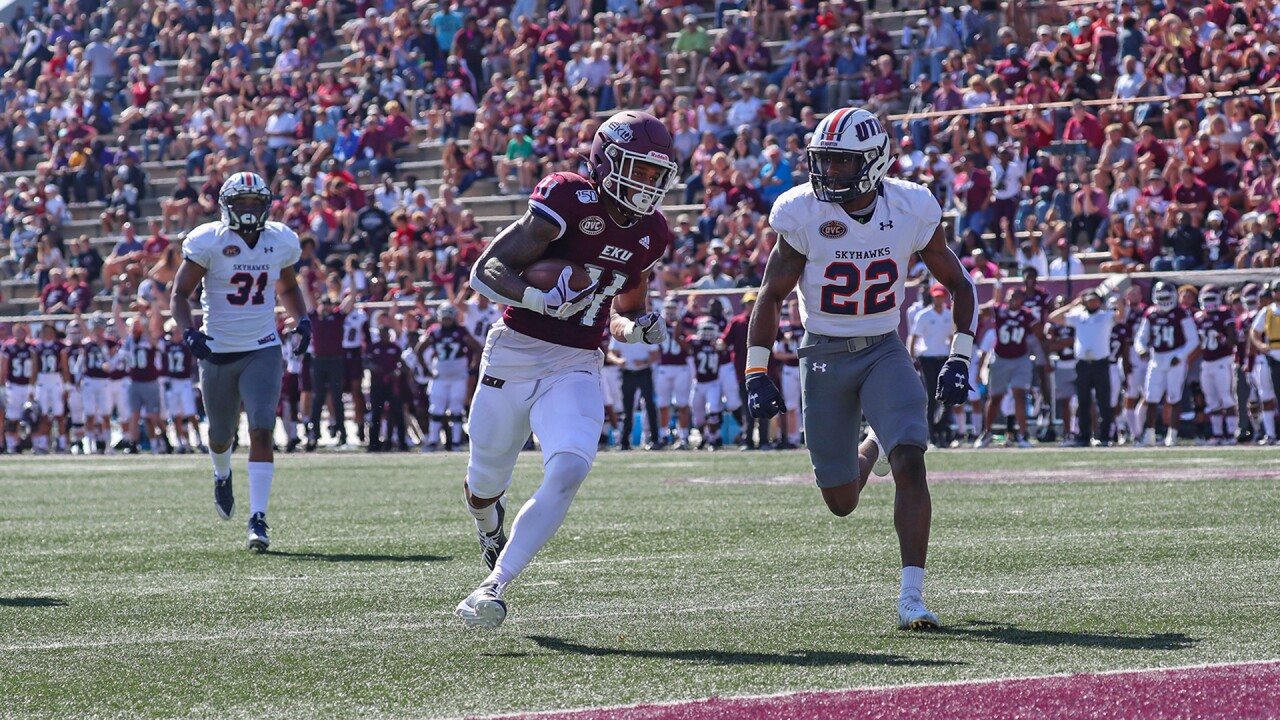 RICHMOND, Ky. – Eastern Kentucky University’s football team overcame a 10-point deficit and took the lead in the third quarter, but two touchdowns in a span of two minutes sent the University of Tennessee at Martin to a 38-28 victory over the Colonels on Homecoming Saturday at Roy Kidd Stadium.

EKU completed its comeback from down 17-7 when Alonzo Booth’s touchdown made it 21-17 in favor of the home squad with 9:01 to play in the third quarter. The Skyhawks stole the momentum, and the lead, with two touchdowns in a period of two minutes and 11 seconds.

A 77-yard punt return by Terry Williams set up a go-ahead UTM 5-yard touchdown run by quarterback John Bachus with 4:59 on the clock. A 44-yard fumble return for a touchdown by TJ Jefferson with 2:48 left in the third gave the Skyhawks another 10-point lead, 31-21. They would go on to win by a final of 38-28.

EKU will have a bye next week before heading back on the road to face Murray State on October 19th.