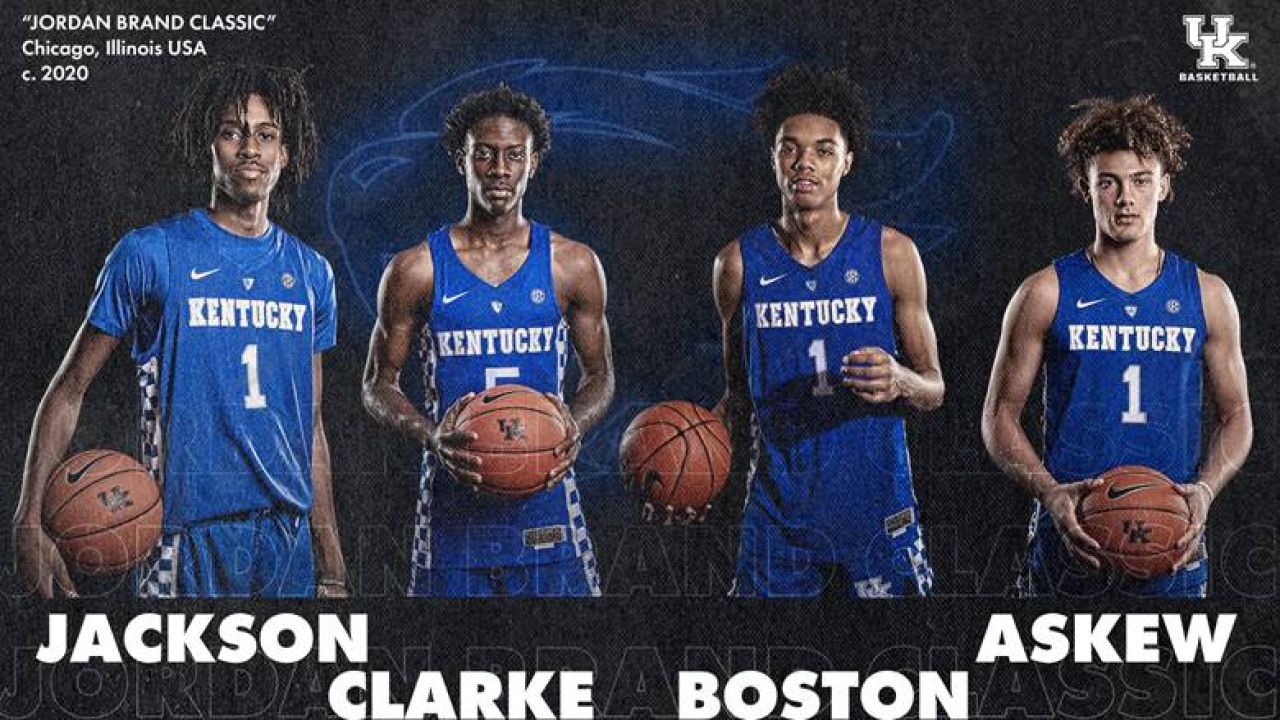 UK has had multiple players compete in every Jordan Brand Classic during the John Calipari era, including six in 2013. Since Calipari’s arrival, 44 total players have been selected for the Jordan Brand Classic. That mark is easily the best in the country. The four players selected this season is the second most of any college program.

Kentucky can only publicize recruits who have signed letters of intent with the University of Kentucky.

All told, 49 Wildcats have been selected for the game. A full list of JBC alumni can be found at jordanbrandclassic.com/history/ [nam04.safelinks.protection.outlook.com].

The 19th edition of the game is set for March 27 at the Wintrust Arena in Chicago. Tipoff is set for 9 p.m. ET.

Tickets will be available at Ticketmaster.com [nam04.safelinks.protection.outlook.com] and the Wintrust Box Office on Feb. 17 at noon ET.

Kentucky will be well-represented on the high school all-star circuit. Boston and Clarke will play in the 2020 McDonald’s All American Game [nam04.safelinks.protection.outlook.com] on April 1 in Houston, and Boston, Clarke and Lance Ware were selected for the 2020 Iverson Roundball Classic [nam04.safelinks.protection.outlook.com], which will take place April 24 in Philadelphia. Boston and Clarke are also among 10 semifinalists for the 2020 Naismith Trophy High School Boys Player of the Year award.

UK’s current signing haul, which also includes Cam’Ron Fletcher, is going to be in the mix for one of the top classes in the nation yet again. ESPN, Rivals and 247Sports currently rank UK’s class No. 1.

In every season in the Calipari era, the Wildcats have signed a top-three recruiting class according to the Recruiting Services Consensus Index, which tallies major recruiting rankings and plugs them into a formula to calculate a consensus ranking. With the fall additions, Kentucky has signed 59 top-50 recruits, 46 top-25 players and 25 top-10 players (according to Rivals) in what will now be Calipari's 12 recruiting classes at Kentucky.

UK can only comment on prospects who have signed official paperwork with the university. The spring signing period begins April 15.