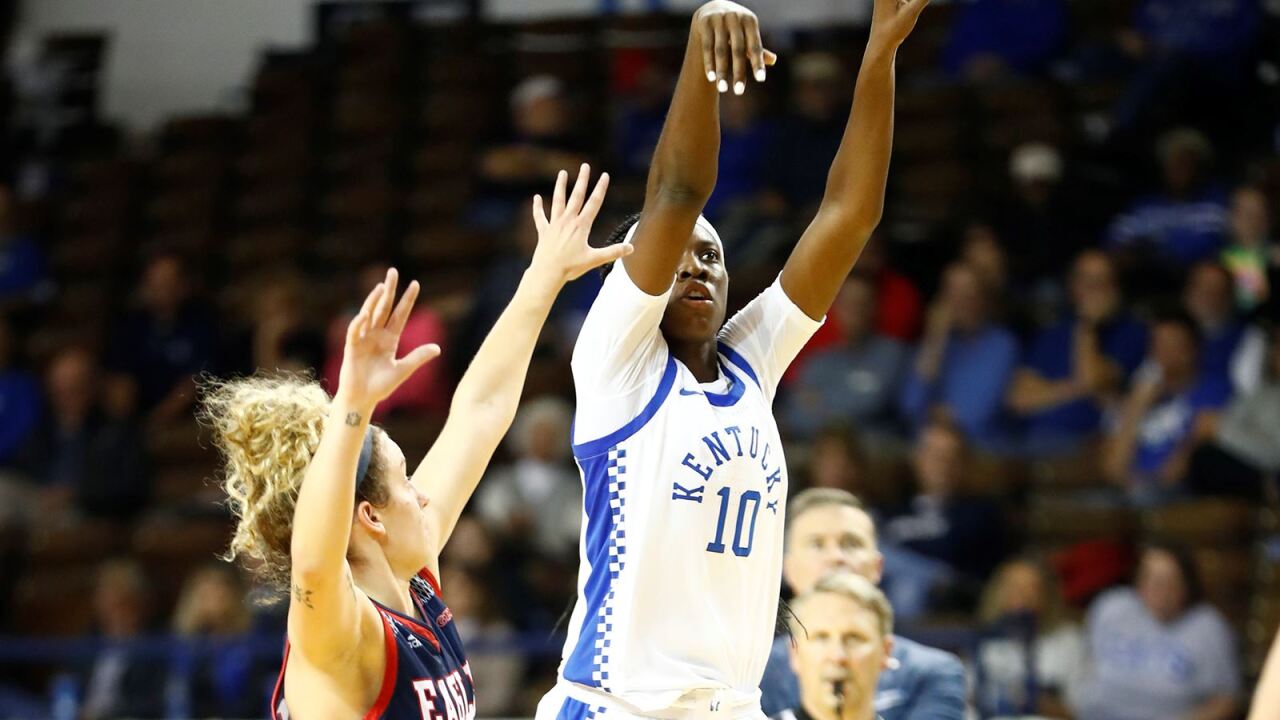 LEXINGTON, Ky. – Rhyne Howard scored 17 of her 20 points in the second half as the Kentucky women's basketball team topped Southern Indiana 80-44 on Wednesday night in an exhibition contest at Memorial Coliseum.

After being held to three points in the first 20 minutes, Howard scored 12 points in the third period and added three in the fourth for her 20-point total. Freshman Emma King made four of seven shots from behind the arc for 12 points, while senior Sabrina Haines added 11. In all, nine Wildcats scored in the game.

Kentucky begins its regular season on Tuesday, Nov. 5, as the Wildcats host Mount St. Mary's at Memorial Coliseum. Tipoff is set for 7 p.m. ET and the game can be seen on SEC Network Plus.