Kentucky rallies to take down Florida 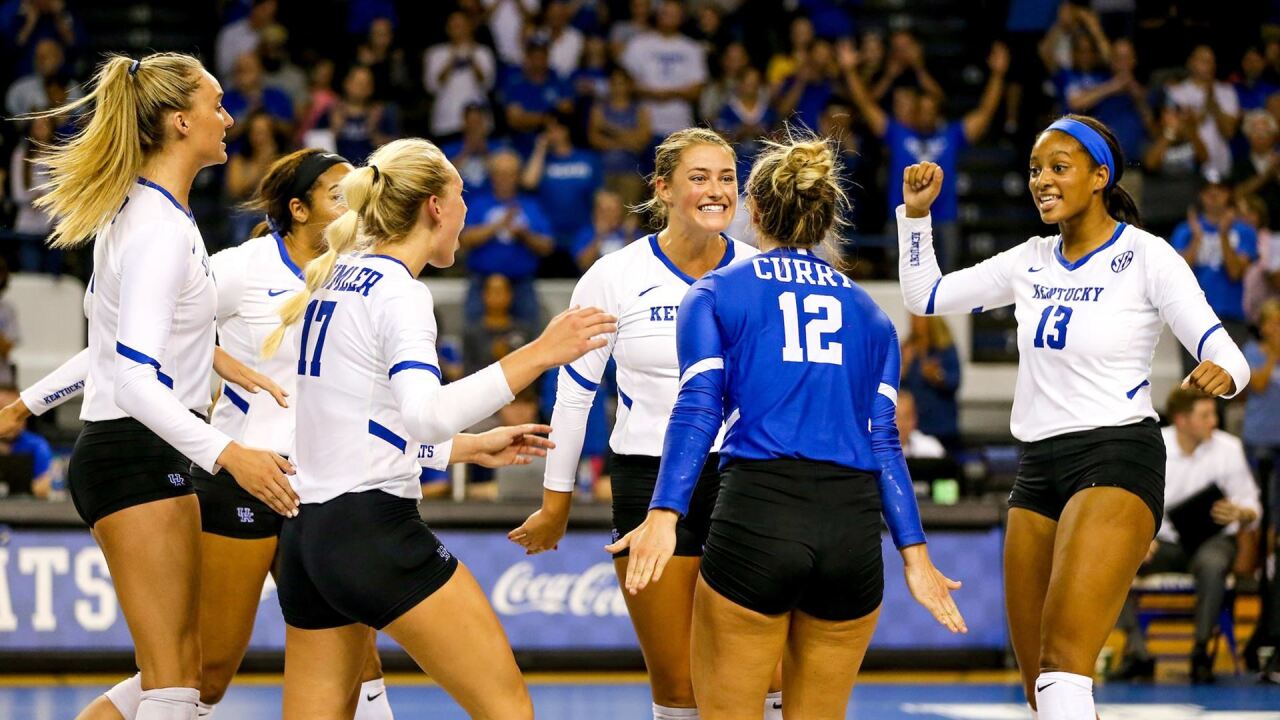 Kentucky runs its SEC win streak to 29 straight matches dating back to 2017 and has an early firm hold on the conference lead, as the only 4-0 team through two match weeks of play. Kentucky has now won a season-high five matches in a row and sits 11-4 overall on the campaign.

Sophomore outside hitter Alli Stumler (15) and senior Leah Edmond (19) led the Wildcats in kills and continued their hot streaks as they both had a double-double in kills and digs. Leah Meyer added 11 kills of her own and 7 blocks.

Defensively, Kentucky had four players with 10 or more digs with junior libero Gabby Curry pacing the way behind 19 digs. The Buford, Georgia native has double-digit kills in every match but one this season. The Cats were able to hold the Gators to .130 hitting for the whole match.

Kentucky will take on Georgia this Friday for the Breast Cancer Awareness match at Memorial Coliseum. The match will start at 7 p.m. ET and will be shown live on the SEC Network+, ESPN3 and the ESPN app.