GEORGETOWN, Ky. (LEX 18)– There was a celebration at Georgetown College for their National Champion Men’s Basketball team Thursday.

The team just returned from Kansas City after their dominant win over Carroll College in the NAIA Championship game on Tuesday.

Students and basketball fans gathered at Georgetown College’s Alumni gym for a pep rally to welcome the team home. The crowd heard from Coach Chris Briggs who said he couldn’t be prouder of the way the team played.

Briggs also thanked the fans for all their support on their road to victory.

“Once we got to Monday, in the final four, we had a great crowd and they were loud and proud out there and really gave us a big boost and gave us a lot of positive energy,” said Briggs.

In 2016, the team lost in the championship game, but Briggs said the players that were there for the 2016 game are on cloud nine to have made it all the way this year.

After the pep rally Thursday, players stuck around to sign autographs for fans and students. 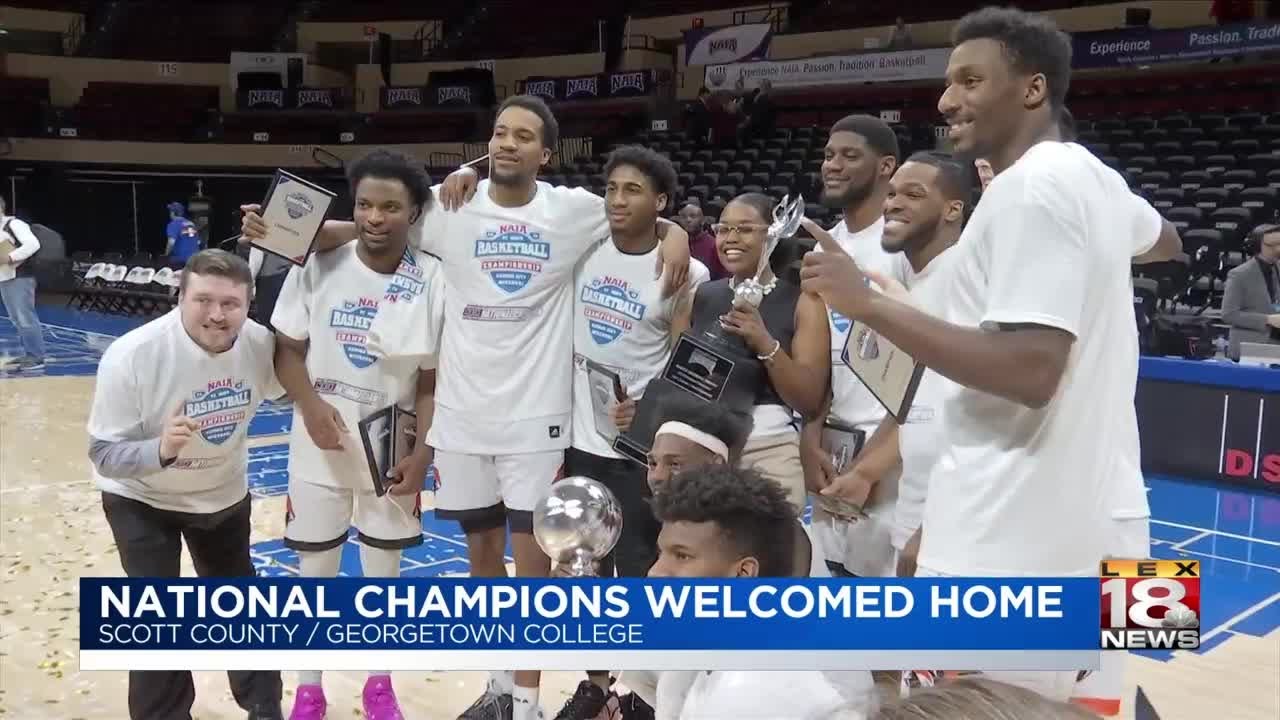