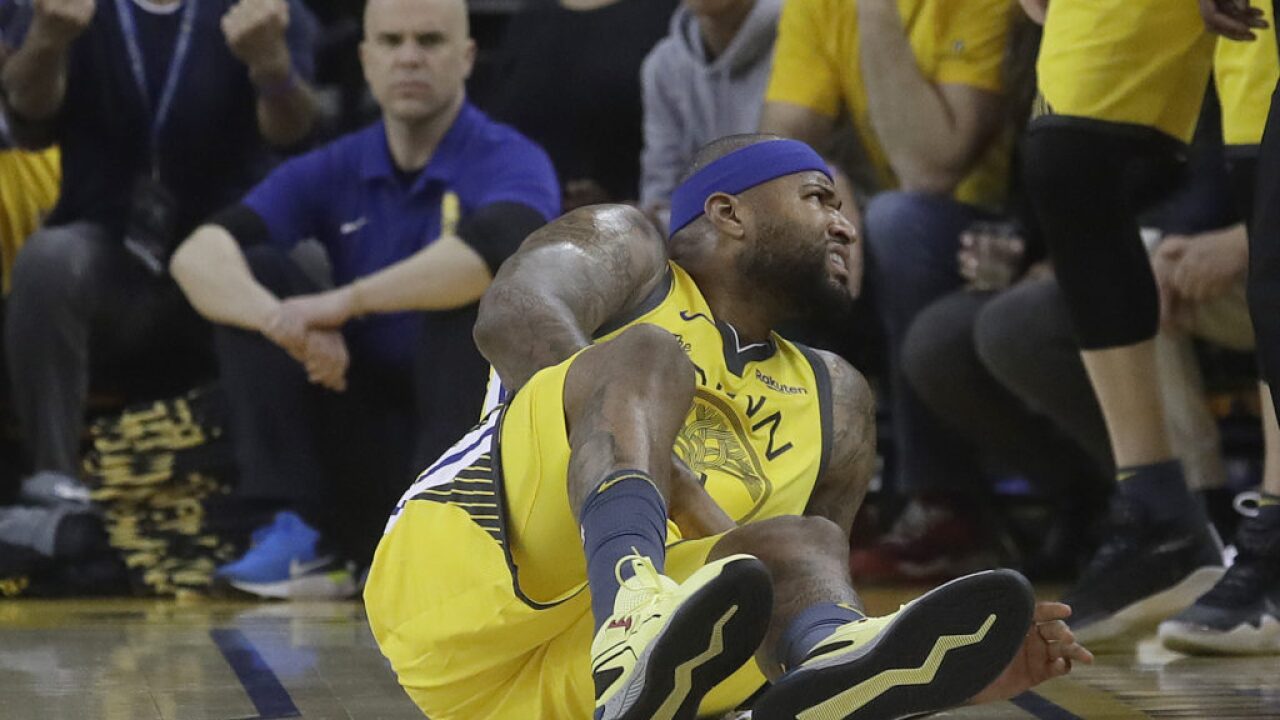 Golden State Warriors center DeMarcus Cousins reacts after falling to the floor during the first half of Game 2 of a first-round NBA basketball playoff series against the Los Angeles Clippers in Oakland, Calif., Monday, April 15, 2019. (AP Photo/Jeff Chiu)

(USA TODAY) — An arrest warrant has been issued for former Wildcat star DeMarcus Cousins on a domestic violence charge.

USA Today broke the story. Cousins' ex-girlfriend and the mother of his child filed a report after allegedly receiving threats from the Lakers center.

Earlier in the week, TMZ released a video reportedly of Cousins making the threats.

Law enforcement confirmed that an arrest warrant has been issued. Cousins had not yet taken the court with Lakers as he recently tore his ACL.