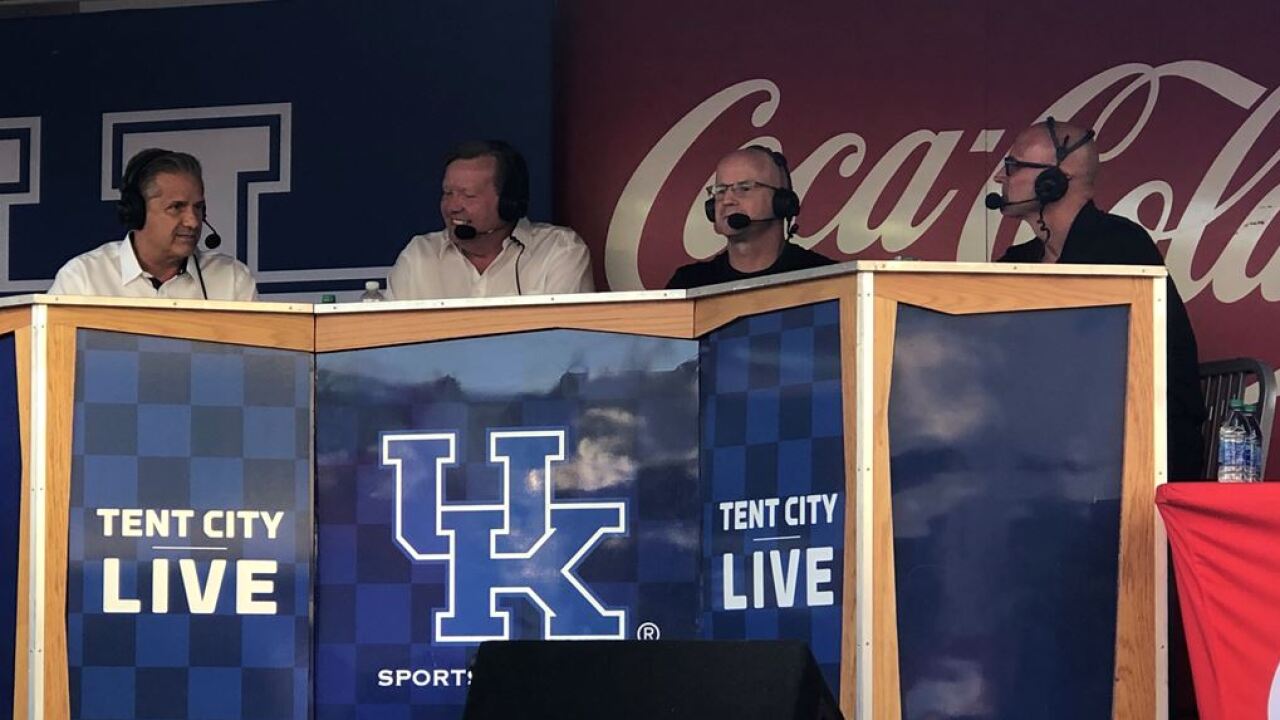 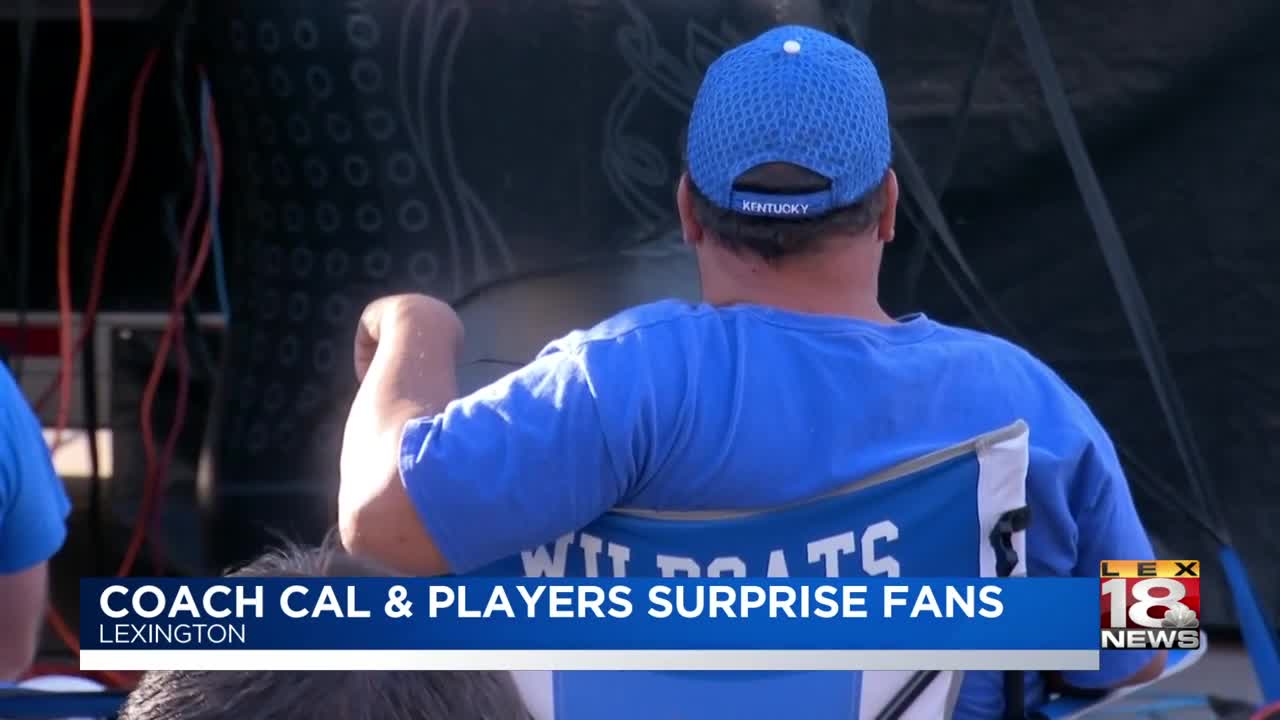 LEXINGTON, Ky. (LEX 18) — UK basketball season is right around the corner. On Thursday, True Blue Fans were in for a treat at Tent City when Coach Cal and the players signed autographs and handed out pizza.

Hundreds of tents make up Tent City, where fans are camping out to get a ticket to see this year's Kentucky Basketball team's annual pre-season fun in Rupp Arena. Fans watched as Coach Cal and several players on the team joined the Tent City Live show, where Coach Cal joked about a conversation he recently had with football coach, Mark Stoops. "I told Mark Stoops, if you get 10 wins again, they're building a statue for you over there. If we don't win all 40, they're running me out of here!"

Fans say the best part about the night was watching the players' personalities shine. "They giggle and laugh and get tickled. And it's so funny! We're screaming and yelling for them and everything and they get so tickled. We just crack up," Terry Adams said.

And meeting the players, is exactly what fans say gets them excited for the season. "We always hope they win the NCAA, but I'm sure they will go far. And God be with them on the road and whatever they do," Jane Seale added.