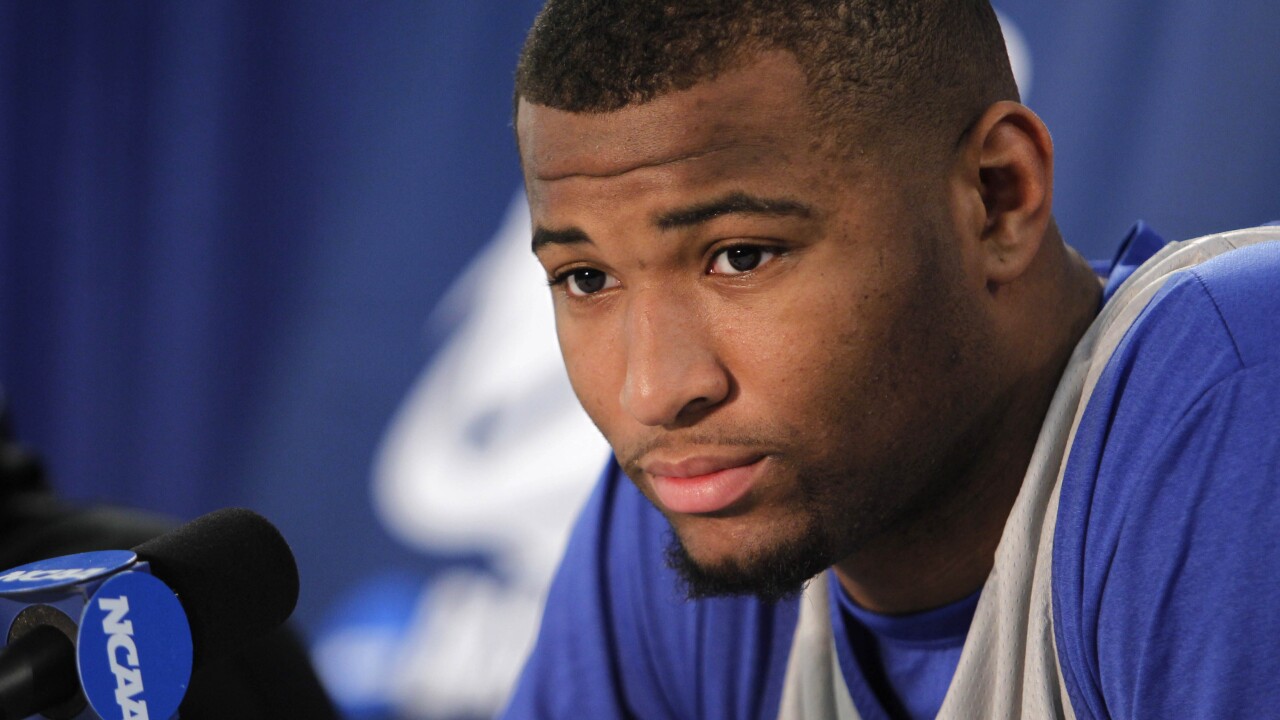 Wojnarowski's Tweet cites Cousins' attorney, Moshae Donald, as the source. He said the case has been dismissed.

In late August, the mother of Cousins' child alleged Cousins threatened her in a phone call.

TMZ Sports had released a recording that they claimed Cousins' ex, Christy West, played for court officials in which a man can be heard saying, "I'm gonna make sure I put a bullet in your f---ing head."

West claims that the argument was because West said she would not allow their 7-year-old son to attend Cousins' wedding to Morgan Lang.

The allegations happened after sources said the Lakers' center tore his ACL.