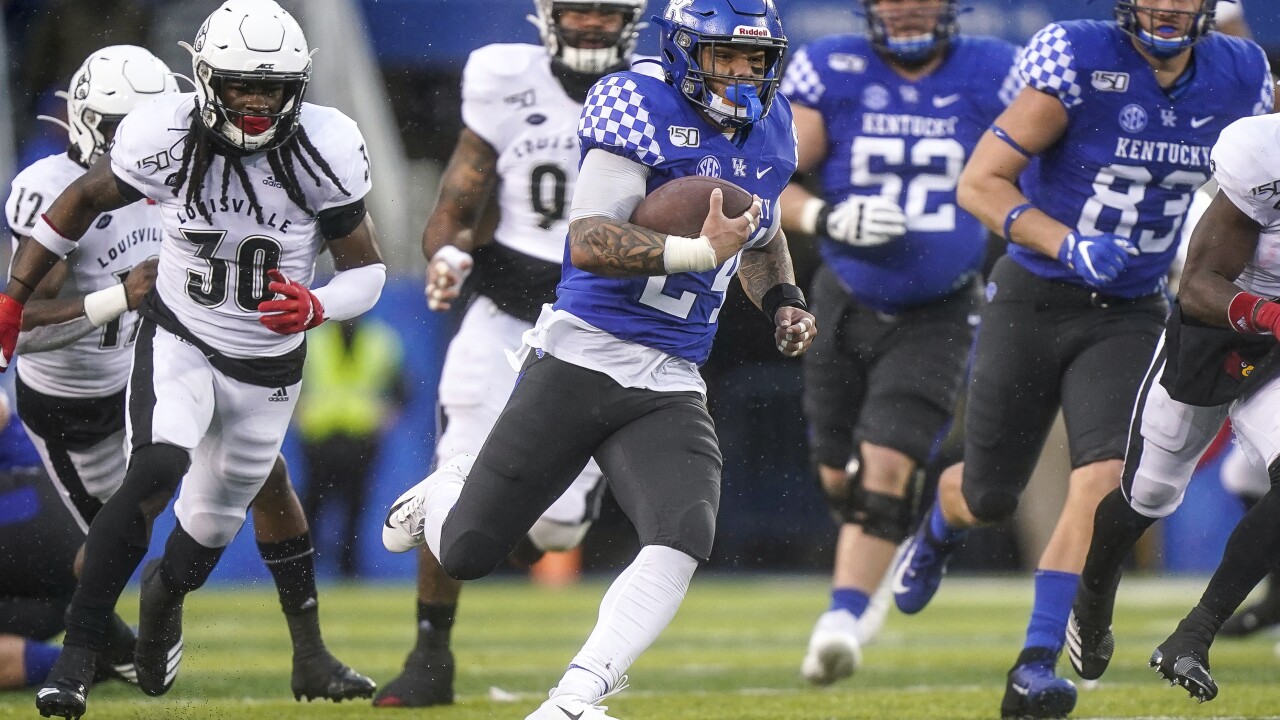 Bryan Woolston/AP
Kentucky running back Christopher Rodriguez Jr. (24) runs for a touchdown during the second half of the NCAA college football game against Louisville, Saturday, Nov. 30, 2019, in Lexington, Ky. (AP Photo/Bryan Woolston)

ACC teams will play a schedule consisting of 10 conference games and one non-conference game, meaning the annual Governor's Cup matchup between Kentucky and Louisville could still take place in 2020.

Before the pandemic began, Louisville's other non-conference opponents for the 2020 season included fellow in-state schools Murray State and Western Kentucky.

Shortly after the ACC's announcement, Sports Illustrated reported that the SEC is moving closer to a 10-game conference-only schedule which would eliminate any possibility of a Kentucky-Louisville matchup in 2020.

The 2020 Governor's Cup is currently scheduled for Nov. 28, two days after Thanksgiving.

If Kentucky and Louisville don't play in 2020, it will the first season since the 1993 season that the two teams didn't play on the gridiron. The Wildcats hold a 17-15 edge in the all-time rivalry but trail 15-11 since the game became an annual fixture in 1994. This season’s contest is set to be played in Louisville.