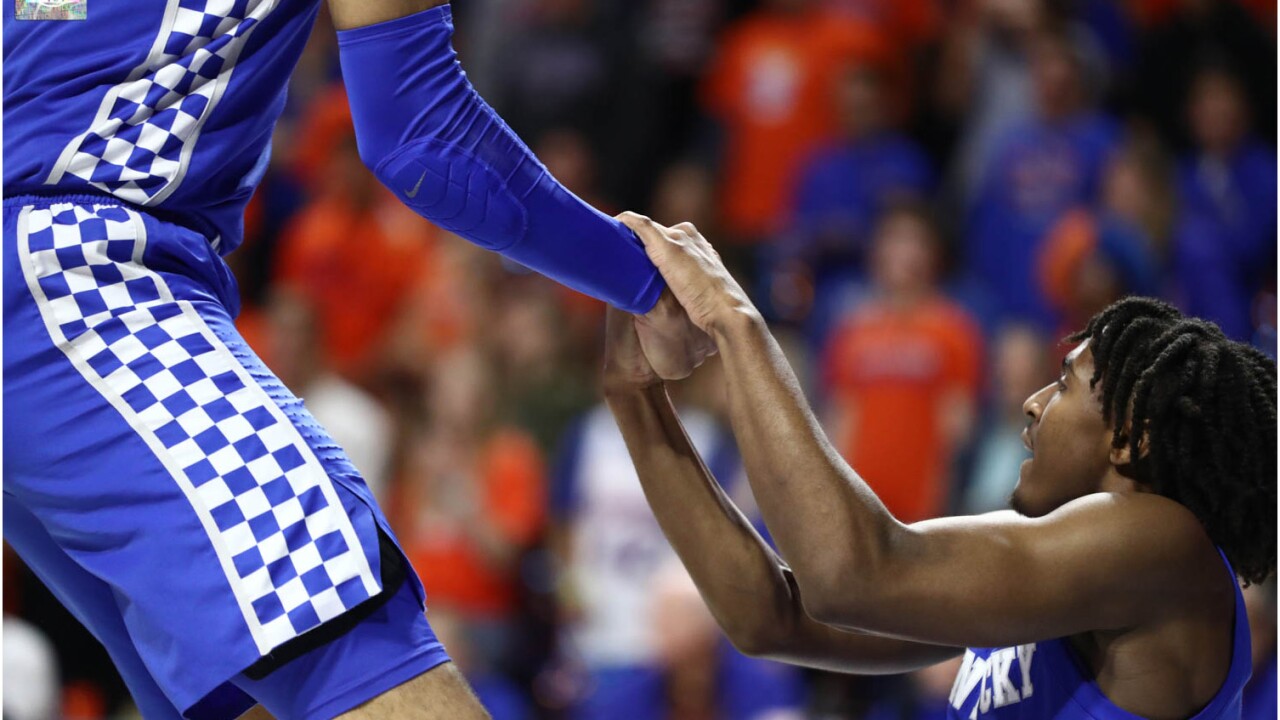 Kentucky was without point guard Ashton Hagans, who decided not to travel with the team due to personal reasons. John Calipari made that announcement via twitter about an hour before tip-off.

They were also without Immanuel Quickley for the final five minutes of game action after he fouled out with 12 points.

Nick Richards started to take over, eventually finishing the game with 19 points and 7 rebounds.

The Wildcats gained their first lead of the game with 11.8 seconds left when E.J. Montgomery had an offensive tip-in to make it 71-70. Kentucky only led for 12 seconds in the game. The final 12 seconds.

Florida had a chance to win it at the buzzer after Nick Richards missed the first free throw of a one-and-one. The Gators had 3.1 to get down the floor, and even had a good look at hitting the game-winner. Fortunately, it didn't fall and Kentucky ends the regular season 25-6 (15-3 SEC).

Kentucky now shifts its focus to the SEC Tournament, where they are the top seed and will open up on Friday at 1 p.m. EST in Nashville.