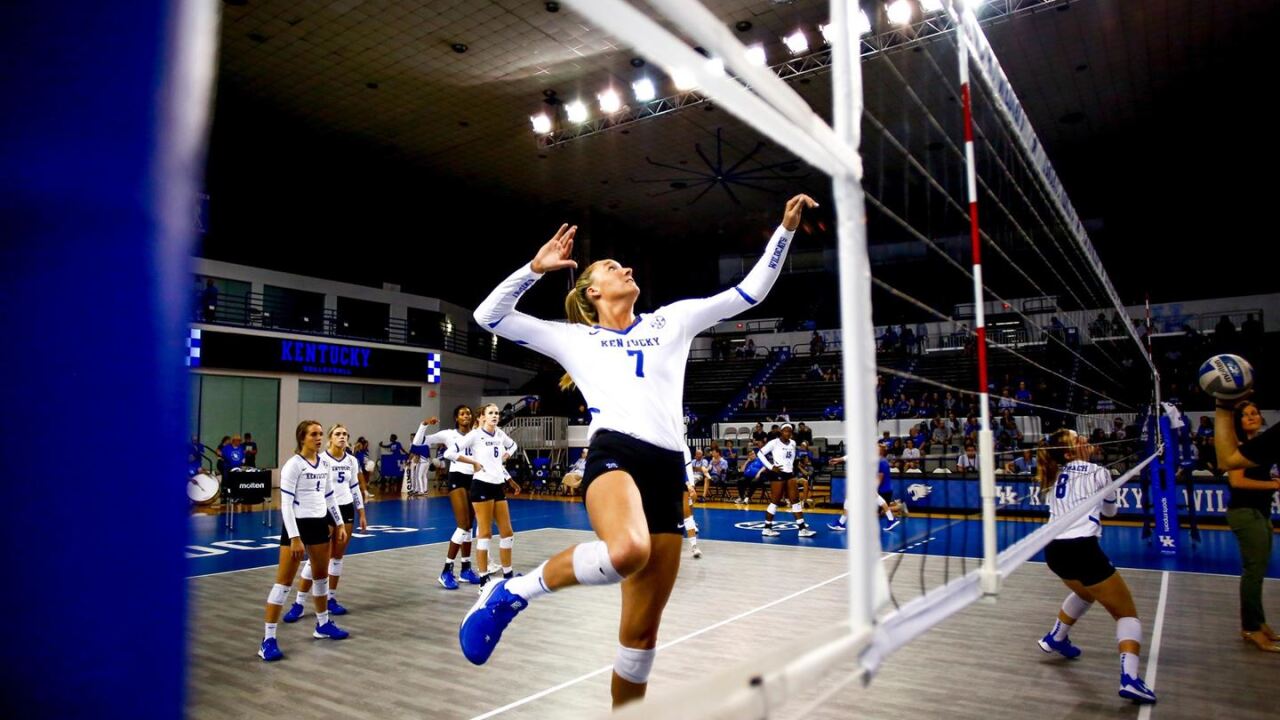 LEXINGTON, Ky. – Kentucky Volleyball middle blocker Leah Meyer was named as the Southeastern Conference’s Defensive Player of the Week, it was announced on Monday morning by the league office.

In No. 15 Kentucky’s wins over South Carolina and No. 12 Florida, Meyer averaged 1.62 blocks per set at the net and had one of her best offensive weekends as well, with 1.88 kills per set. The Defensive Player of the Week award is Meyer’s first by the SEC office since joining UK.

Meyer had four kills and 3.5 blocks on Friday night against the Gamecocks in a 3-0 sweep inside of Memorial. In the Wildcats’ five-set win over Florida, the Buffalo, New York native had five kills and 4.0 blocks with six block assists and a solo block.

Kentucky plays one match this week, a home showdown with Georgia at 7 p.m. ET on Friday night. Tickets are available through the UK Athletics ticket office.