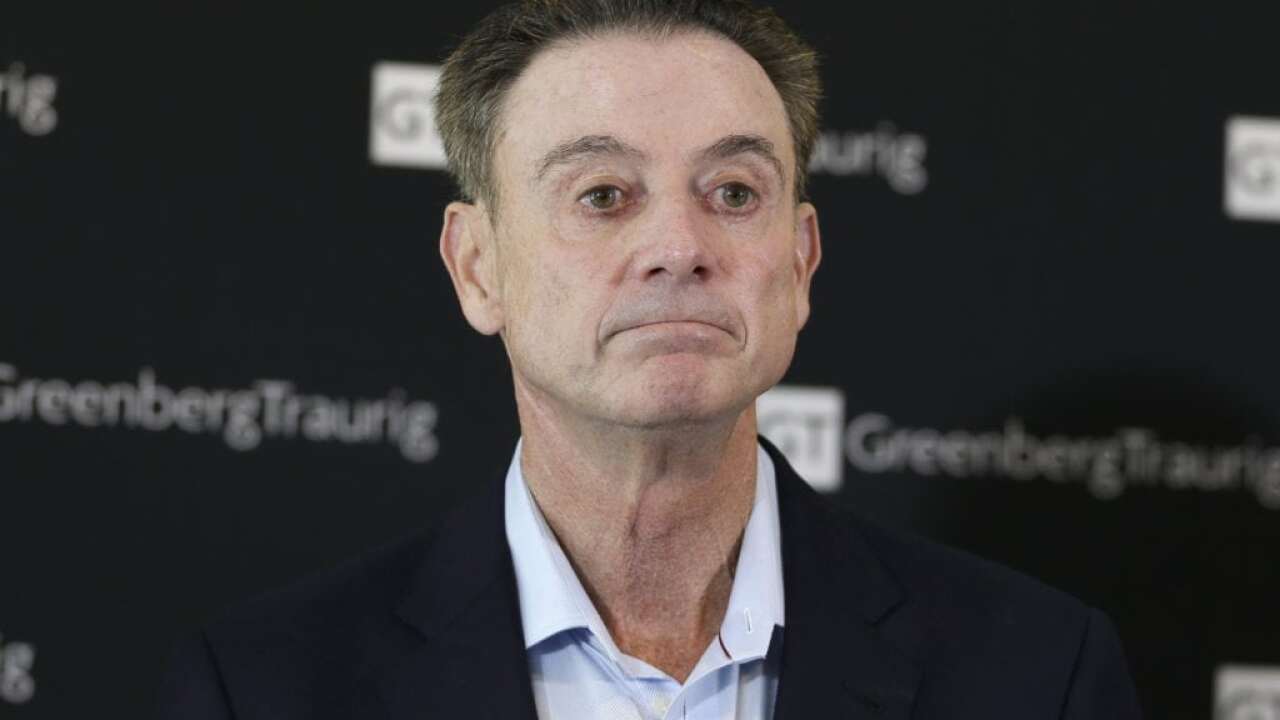 FILE – In this Feb. 21, 2018 file photo, former Louisville basketball coach Rick Pitino appears during a news conference in New York. Diversion Books announced Monday, July 30 that Pitino has a memoir coming in September 4. “Pitino: My Story,” co-written by Seth Kaufman, will cover everything from his time coaching the New York Knicks and Boston Celtics to his triumphant and troubled career in the NCAA. (AP Photo/Seth Wenig, File)

Pitino, who no longer lives in the Bluegrass, offered a simple .gif in response to the Gov. Bevin's contested defeat.

The coach tweeted a .gif of comedian Jerry Seinfeld eating popcorn with the caption, "That's a shame."

Pitino long has no qualms about expressing his disdain for the governor, even insinuating that Bevin had a hand in his firing from the University of Louisville following a recruitment scandal involving Adidas athletic wear.