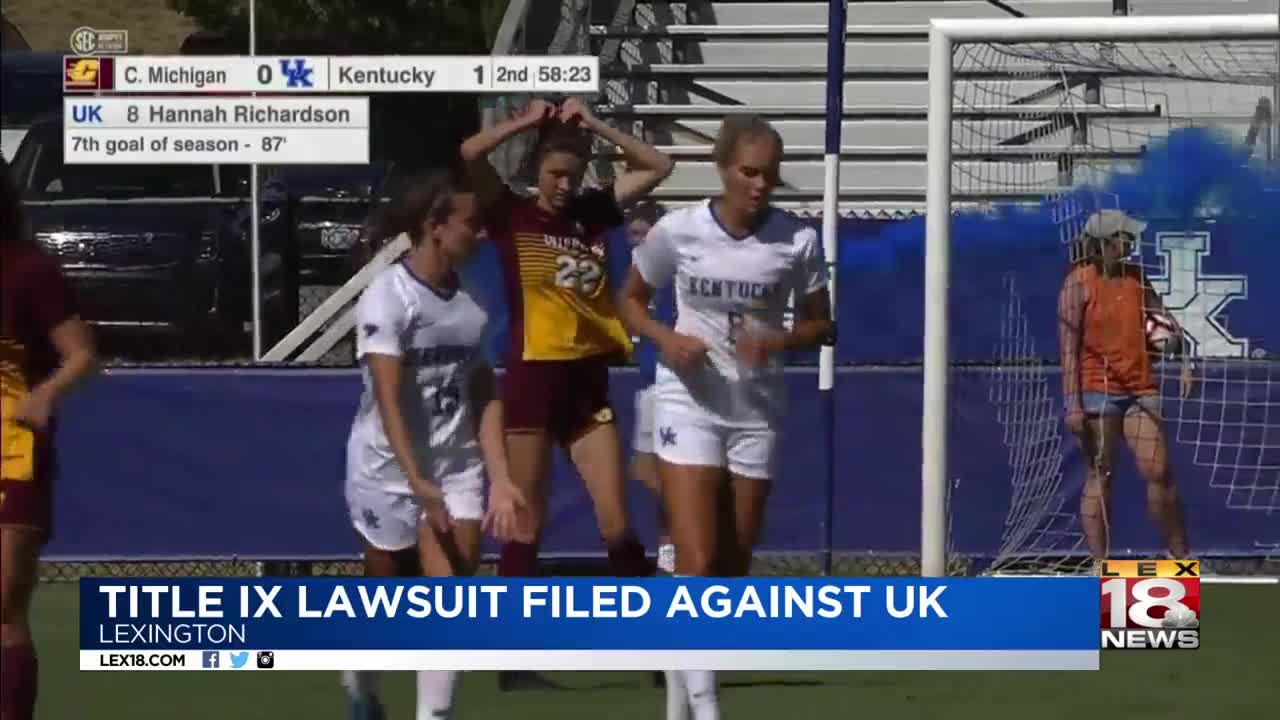 (COURIER JOURNAL/LEX 18) — Two students are suing the University of Kentucky accusing the college of discriminating against female athletes by not offering enough varsity athletics options for women.

According to the Courier Journal, UK needs to add approximately 183 women to its athletics programs in order to comply with Title IX.

Attorney Jill Zwagerman specializes in Title IX lawsuits and recent won $6.5 million from the University of Iowa in a similar suit.

The suit claims that the university denied to add several sports teams for females including lacrosse and field hockey.

Elizabeth Niblock told LEX 18 that she transferred to UK after playing lacrosse at another university, so she was stunned to see the sport is a club activity at the University. She says she joined in the lawsuit to help future athletes.

The NCAA states that an institution must meet one of three requirements to meet Title IX:

University of Kentucky spokesperson Jay Blanton issued a statement, "The University of Kentucky fully complies with Title IX and its regulations concerning participation in intercollegiate athletics. As a campus community, we care deeply about these issues. With 22 sports, UK has the broadest based athletics program in the Southeastern Conference. Based on our surveys of our students, the current sports offerings fully accommodate the interests and abilities of our undergraduate students. "

Zwagerman says all they're asking for is the university to start the process of adding some of these female sports. "We're not asking that they do it all now, instantaneously. It's a lot of work to add a female sport, we know that. But what we've learned, is that a lot of these young women have been coming to the administration for quite some time trying to add these sports and the university has just denied them these opportunities."

Here is a press release: