UK fans react, look ahead after loss of QB Wilson 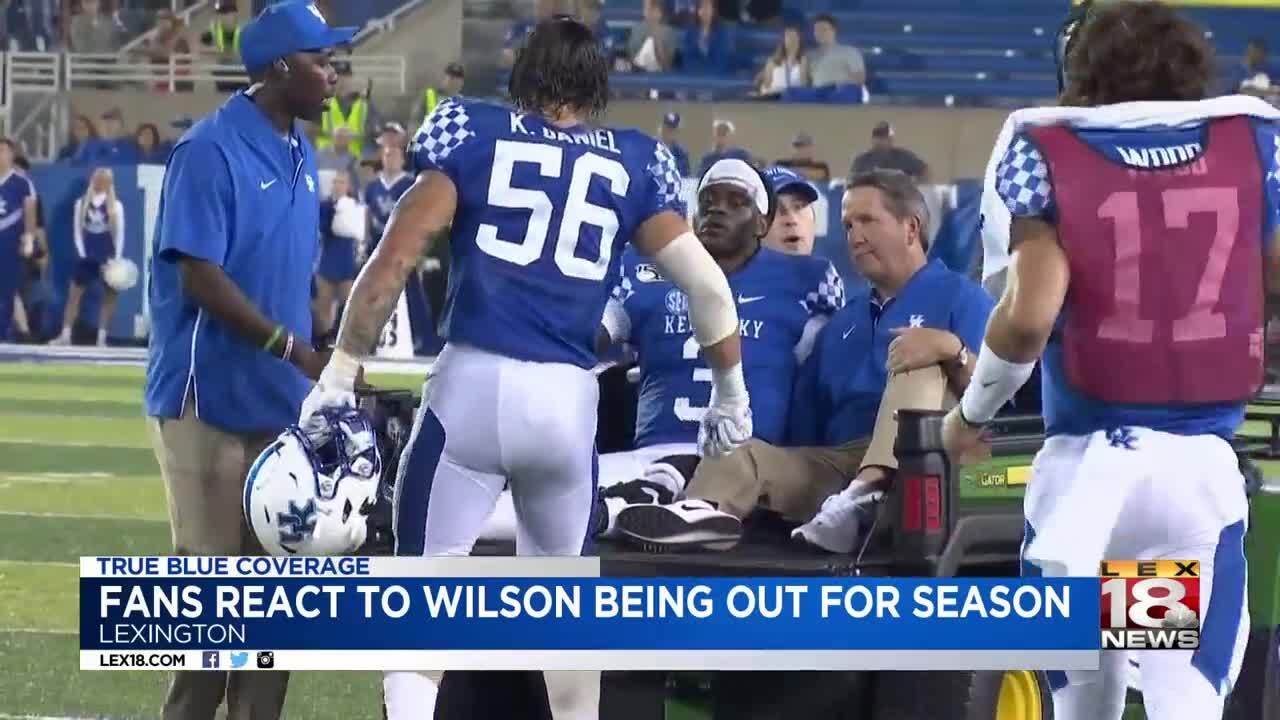 LEXINGTON, Ky. (LEX 18) — Big Blue Nation was reacting with shock and resolve after UK Football announced starting quarterback Terry Wilson will be out for the season.

Wilson will undergo surgery to repair his left patellar tendon. And that means backup quarterback Sawyer Smith is stepping into the spotlight.

"When he threw that first touchdown, oh my gosh, to Wagner. Fantastic," said fan Nick Jourdan. "That gave me ton of reassurment as a Kentucky fan."

"I think it was something like nine passes he had and had two touchdowns," said Childers. "The fact that he scored a couple touchdowns after made me feel a lot better about it."

On Saturday, the Florida Gators come to town, and the stakes are high.

Last year, the Cats broke the team's 31-year losing streak to Florida, winning 27 to 16. Now they're hoping to build a streak.