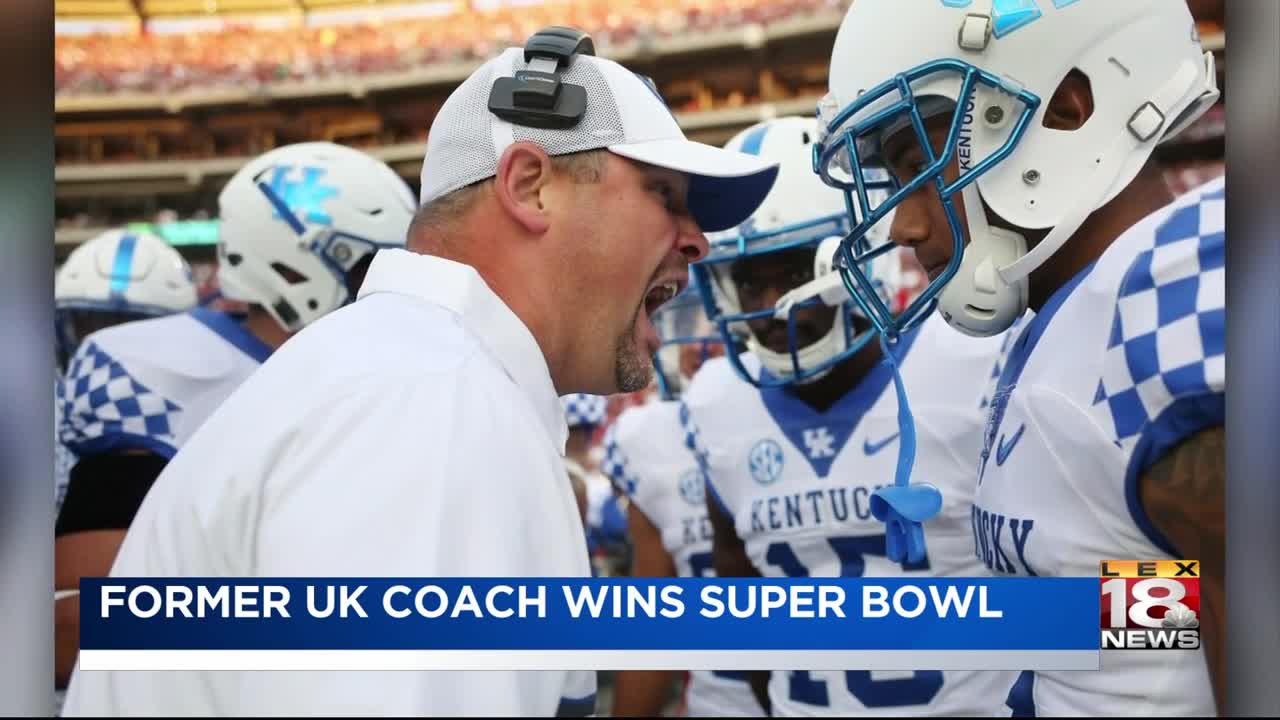 LEXINGTON, Ky. (LEX 18) — As millions watched an exciting Super Bowl game on Sunday night, some people in Lexington had an extra reason to cheer on the Kansas City Chiefs.

“Last night I was definitely pulling for the Chiefs just cause Coach House means a lot to me. He's like a part of my family and he always will be,” said former Kentucky linebacker Kash Daniel.

Daniel said House taught him everything he knows.

“His famous phrase in the linebackers room: ‘You can't learn through osmosis. You can't learn it just by hearing it you have to write it down.’ So, I have a lot to be thankful for with Coach house,” said Daniel. “I think it's that type of coaching style that I think he has, that type of energy and passion that really got us going.”

Daniel said Coach House knows how to get the best out of every player. So it wasn't a huge surprise to see him succeed at the next level.

“He put us in position to win, made great calls, and allowed us to play free. And just to see him get this championship. I know it means a lot to him,” said Daniel.

Daniel said he and his former coach have kept in touch.

He said he’s sent House videos of him running through drills in order to get critiques as he prepares for the NFL combine. Daniel told LEX 18 he has texted House after Sunday night’s big win and he could tell his former mentor was excited.

“It hurt when he left just because that's my guy, that's the guy who taught me everything. But looking back at it now, I'm really glad he did, I'm glad he got the opportunity to chase his dream,” said Daniel.

That dream is now realized for a former Wildcat turned Super Bowl champion, who still has a sea of blue behind him.

There also was another Kentucky connection to the Super Bowl. Louisville native and Western Kentucky University graduate Deon Yelder suited up as one of the backup tight ends for the Kansas City Chiefs.