UK leads Kentucky State 44-20 at the half 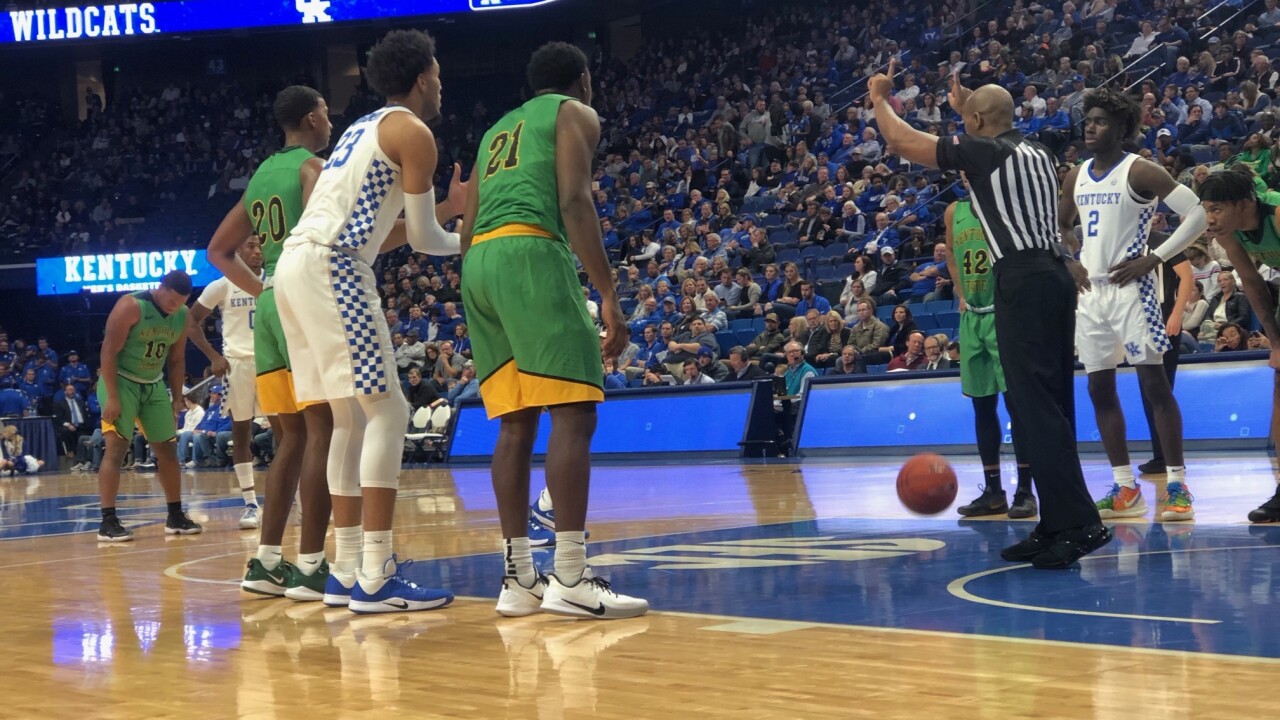 (LEX 18) — The UK basketball team is in the midst of their last tune-up before traveling to New York to take on No. 1 Michigan State on Tuesday. They currently lead Kentucky State 44-20.

The offense started slow, with the first basket not falling through until nearly two minutes had passed. That first basket by Kahlil Whitney sparked a 12-3 run that granted the Cats some separation. Whitney was among the stars of the half, finishing with 11 points. The Cats would go on a 20-3 run later in the half to increase their advantage even more.

Whitney may be leading in points, but veterans Nate Sestina (11 points) and Immanuel Quickley (10 points) have been the main contributors in the scoring column.

The defense, however, was the strongest part of UK's opening half. KSU had more turnovers (12) than made baskets (five) in the half. Sophomore guard Ashton Hagans led UK on that end with a block, two steals and three rebounds in the half.

UK will have the ball first to start the second half.