First, and most importantly, Merry Christmas to each of you and I hope you have a special day filled with memories you’ll have for years.

That’s why my daily feature will be a little different than my normal story. Instead, I want to share two special experiences with you involving UK.

First, let’s start with sophomore walk-on football player Donald “Dee” Smith of Harrodsburg. The running back recently had a chance to share a pregame devotional with the Kentucky women’s basketball team before it played Rhode Island. He was invited by senior Maci Morris and shared a message from Hebrews 11:1-2 about faith and trusting God.

“We have a voluntary devotional on game day right after our game-day practice that players and staff are invited to, not required, but invited to come. We have a good group of staff and players that come to that,” UK coach Matthew Mitchell said. “This year, Maci is very involved in FCA (Fellowship of Christian Athletes) on their leadership council. She and I have been leading those for a long time.
“This year, we just thought we would get some different people to come in and talk to us if they were so moved. He (Smith) did an outstanding job. He can come back anytime he wants to because he did such a great job. He encouraged us and lifted us up and is just an outstanding young man.”
Morris said Smith is one of the FCA leaders like her, but she didn’t ask him specifically to speak to her team. Instead, she asked the FCA leaders who might like to lead a devotional.
“He was the first one to reach out and he did a great job,” Morris said. “He wants to do it again and we just wanted different people to lead our team in a devotion. He was so good.”

Smith’s father, Donald, is a former Western Kentucky football standout and also a minister in Harrodsburg as well as athletics director at Mercer County High School. He’s proud of what his son has done in sports, but he’s even prouder of the young man he’s become and should be.

Kentucky fan Aerial Calahan of Lexington is spending Christmas in Kenya working at an orphanage a friend started several years ago. She plans to be back for Kentucky’s game against Penn State in the Citrus Bowl because she’s an avid football fan.

She’s friends with Kentucky junior offensive lineman Landon Young’s family and before she went to Kenya she asked Young’s sister — Audrey Young — if she might crochet a few things to share with children in Kenya. 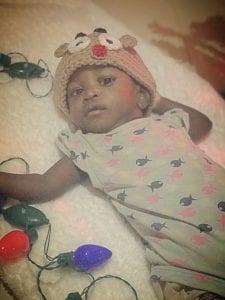 “They are all amazing people,” Calahan said about Young’s family. “I knew she crocheted things and was really good, so I asked her if she could make a few things up for me for the kids.”

She did and that has enabled Calahan to have an “amazing” time in Kenya.

“Been cuddling babies all day. Playing games. Singing songs and getting ready for Christmas,” Calahan said a few days ago. “It’s rained a lot. So much we got stuck at the store one day.

“We wrapped the kids gifts. I even bought a Christmas tree at the store y and brought it home on a pikipiki — kind of like a dirt bike. Santa FaceTimed the kids and just seeing their faces light up made this the best Christmas ever!”

So here’s hoping you Christmas has been just as special as Calahan’s or just as meaningful as what Dee Smith has done to help inspire others.