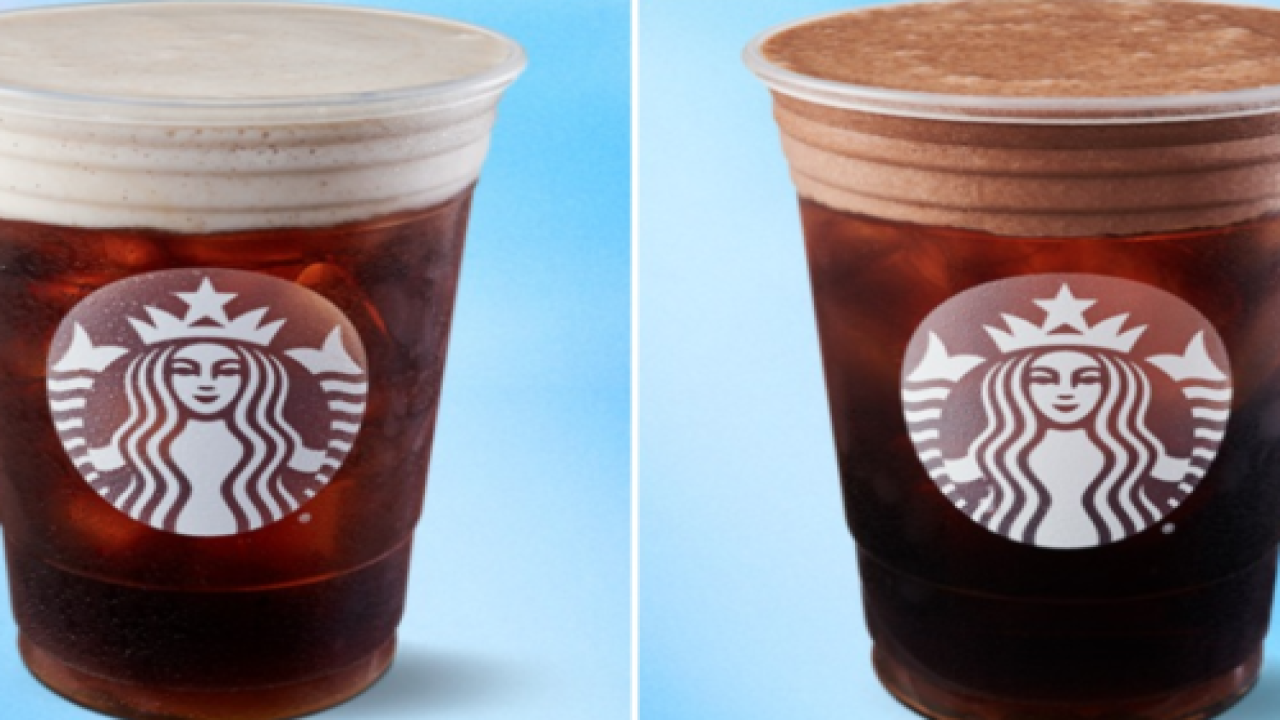 Summer is finally here and that means one thing: it is officially iced coffee season! It also means, of course, that Starbucks has two brand new drinks to help us all celebrate the arrival of warm weather and sunshine.

Both feature Starbucks Cold Brew with almond milk cold foam. The cinnamon version features cinnamon and vanilla, while the dark cocoa has mocha sauce and cocoa powder. A grande size of either drink has just 50 calories.

The new beverages join Starbucks’ line of other non-dairy and customizable beverages on their menu, including another brand new drink with summer vibes: Iced Guava Passionfruit.

You’ll also find some new food items on the menu, including a grilled chicken and hummus protein box, an adorable unicorn cake pop and their first-ever plant-based breakfast sandwich in the U.S. It’s made with Impossible brand sausage.

The Impossible Breakfast Sandwich also includes a cage-free fried egg and aged cheddar cheese on artisanal ciabatta bread. It has 22 grams of protein and is available at the majority of Starbucksâ¯locationsâ¯throughout the U.S.

If you’re more into classics that bring back nostalgia and summertime memories, the coffee chain has also brought back their S’mores Frappuccino for a limited time.

The drink combinesâ¯layersâ¯of marshmallow-infused whipped cream, milk chocolate sauce, and a blend of vanilla, coffee, milk and ice. It is topped with even more marshmallow whipped cream and a graham cracker crumble.

Along with the new menu items, Starbucks says they will also be increasing the convenience-led formats in their stores, like curbside, drive-thru and walk-up windows in some locations, for those that do not want to go inside to pick up their order.

They will also be renovating some store layouts to add a separate counter for mobile orders at high-volume stores. Of course, you can always order via the Starbucks app as well so you can use contactless payment.

Which new Starbucks item are you most excited to try?