(LEX 18)– On “State of the Commonwealth” this week LEX 18 takes a look at each of the candidates before Tuesday’s primary election.

Robert Goforth is a first-term state representative who hails from East Bernstadt. Goforth is an Army veteran and pharmacist who says he is proud of his humble Kentucky roots.

“Throughout my life from a childhood of abject poverty, to a successful small business owner, husband, father, state legislator, I have observed intently and listened closely to the needs of others,” he said.

Goforth is anti-abortion, pro-gun, and said he is for public education, as opposed to charter schools.

His campaign has been very critical of Kentucky Governor Matt Bevin, especially when it comes to the pension crisis.

“Our commonwealth needs a chief executive who is a conservative molded not by New England and Wall Street, but by Kentucky and Main Street,” said Goforth. 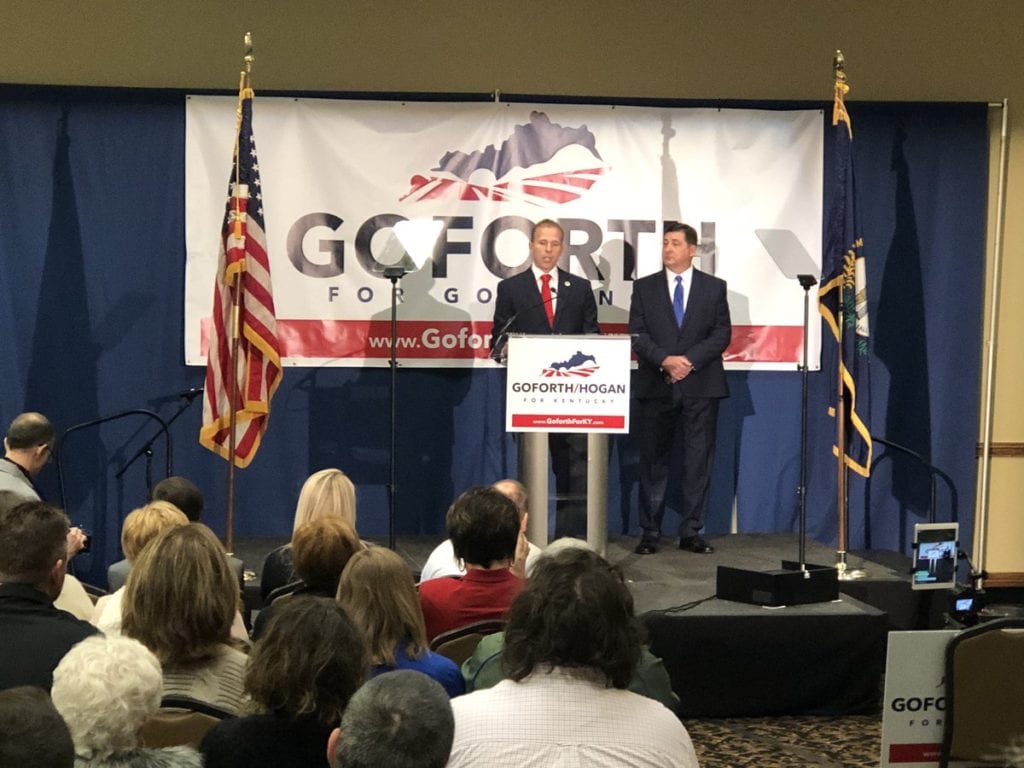