On this date thirteen years ago, Hurricane Katrina made it’s second, and most significant, landfall over the Gulf Coast as a Category 3 storm. This massive hurricane inflicted extensive damage in Louisiana, Mississippi, Alabama, and the western Florida panhandle. Katrina left it’s mark as the costliest, now tied with Hurricane Harvey, and one of the most deadly in US history. 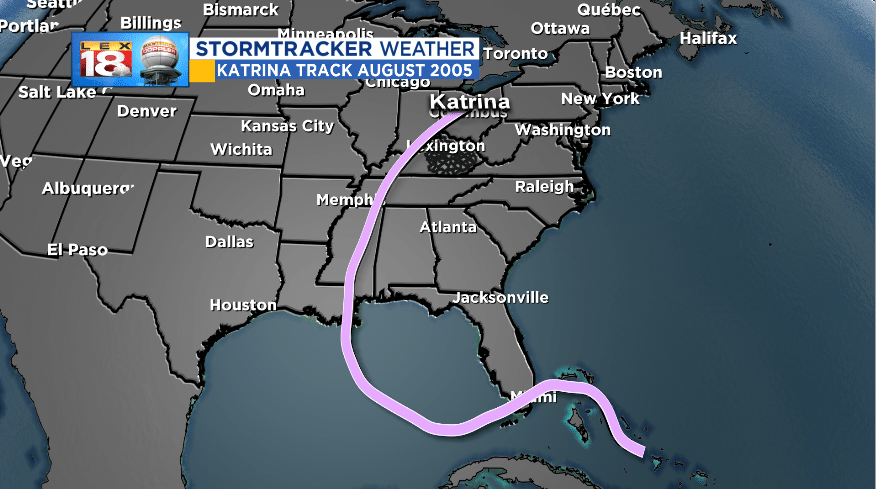 Katrina formed as a tropical depression over the southeastern Bahamas on August 23rd. Two days later the storm had strengthened to a Category 1 hurricane before making landfall across southeastern Florida. Katrina then entered the Gulf where it rapidly intensified to a monstrous Category 5 with maximum sustained winds of 175 mph. By August 29th Katrina had weakened to a Category 3 hurricane as it made two landfalls across the Gulf Coast – one at Grand Isle, LA with 140 mph winds and the third lowest pressure for landfalling hurricanes in the US, and another over the Mississippi Gulf Coast.

All told Katrina caused $108 billion (2005 dollars) in damage, mainly across the Gulf Coast. The storm surge and flooding headlined the effects of the storm. Areas between Bay St. Louis, MS and Mobile Bay experienced the maximum storm surge. The Mobile State Docks reported a 11.45 foot surge.

Property damage and loss of life was heightened by the levee breaks that separated New Orleans from Lake Pontchartrain. 80% of New Orleans was under water by August 31st.

Katrina continued to weaken as it tracked northward through Mississippi, western Tennessee, and western Kentucky. The remnants brought damaging winds, heavy rain, and flash flooding to the Commonwealth. Parts of western Kentucky had suffered flooding the weekend before. Significant flooding occurred in Hopkinsville following Katrina. Part of Christian County High School collapsed. Lexington received over two inches of rain as the remnants continued to track into central Ohio. 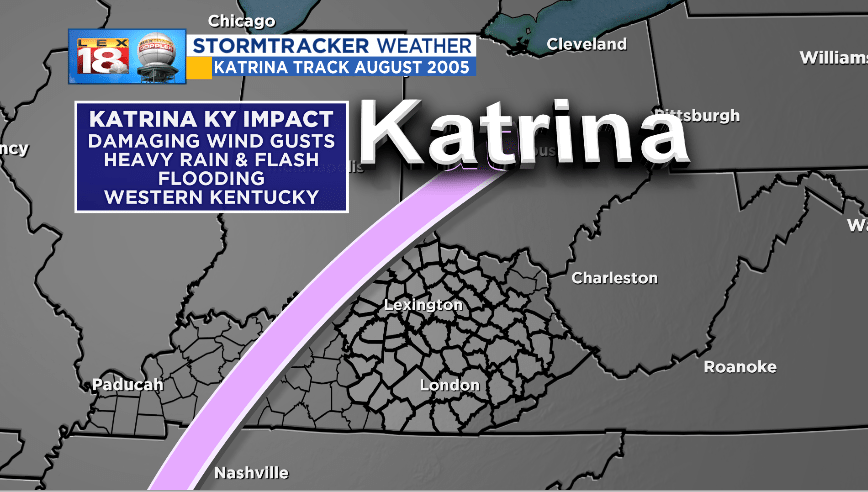