A Trip to the Tropics

Summer still rules through the early days of September. We will get a little taste of all that summer has to offer as you head through the next eight days. Everything from 90-degree high temperatures and swampy humidity, to sunshine and pop-up thunderstorms, to a potential visit from the tropics. (That last part is the most uncertain part of this week’s forecast.) 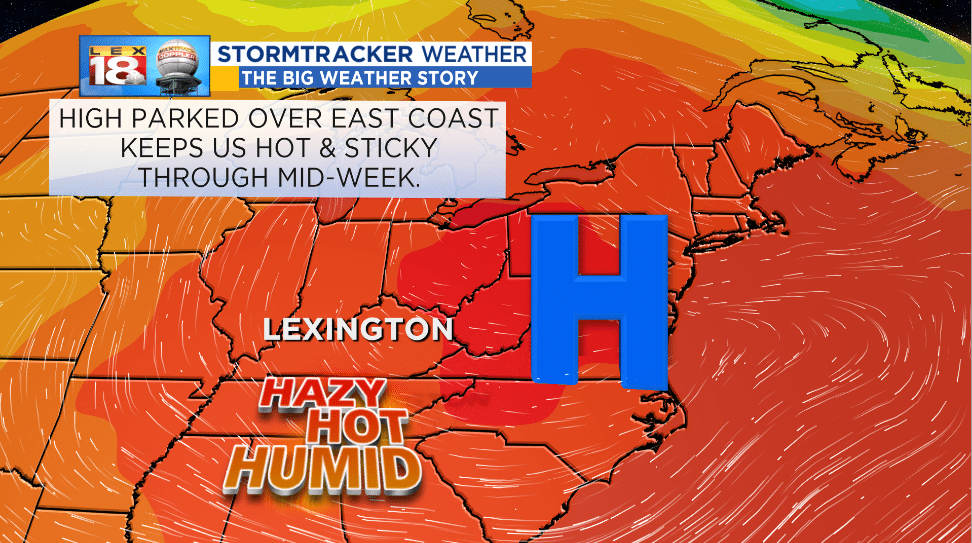 Let’s start with what we do know. The holiday weekend has been highlighted by mid-summer heat and humidity. And we aren’t slowing down yet. We are tracking another day with highs in the ballpark of 90° for Labor Day. High pressure parked across the Mid-Atlantic will keep the summertime heat and humidity coming even once you head back to work on Tuesday. High temperatures will hover around 90° through Wednesday and will continue to run several degrees above normal late-week. A *slight* cool down next weekend will come at a bit of a price. 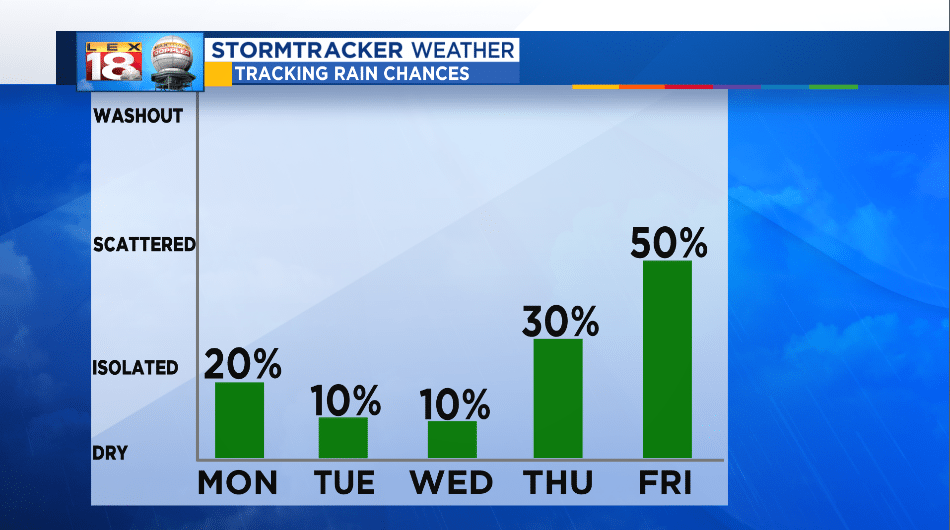 With no real atmospheric forcing mechanism, thunderstorms have been fueled daytime heating so far this holiday weekend. Sunshine early in the day fuels instability to grow cumulus clouds and eventually develop storms. Activity was been hit or miss, and only lasts a few hours each afternoon and early evening. High pressure will be the only game in town the next few days, so similar thunderstorm chances will persist through mid-week. There will be a gradual uptick in storms starting Thursday as the high tracks east and a stalled front tries to sag southward. 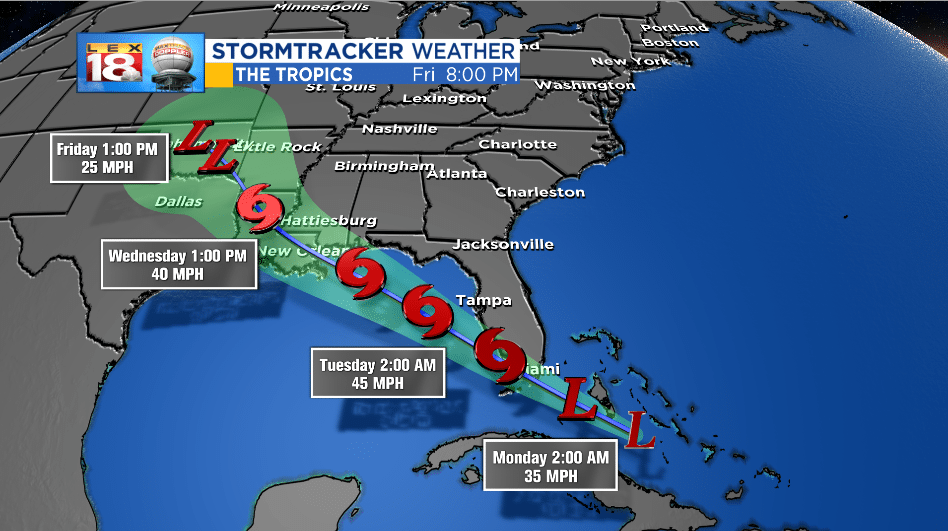 High pressure is alright tapping into swampy air and pulling it northward in the Bluegrass. It would seem that it’s humid enough already. A new tropical disturbance could add to the tropical feel by late-week.

The National Hurricane Center has been watching an area of possible development over Hispaniola and the Bahamas for a few days. Storms have become more organized and are gaining strength. The NHC gives this area a high chance for tropical formation over the next 48 hours. “Potential Tropical Cyclone 7,” or soon-to-be-named Gordon, is expected to track towards the Florida Keys on Labor Day. It won’t be a great day to be on a Florida beach tomorrow – scattered showers and storms and gusty winds will be possible across the Florida peninsula. The tropical system is expected to strengthen further as it moves over the Gulf. A landfall will be possible Tuesday night along the Louisiana/Mississippi coast.

So why do we care in Kentucky? That big ridge will pulling some of the tropical moisture from Potential Tropical Cyclone 7/Gordon northward later in the week. This moisture will fuel more thunderstorms locally, or at the very least make for some heavy rain makers. There is still plenty of uncertainty of the track of this tropical system. We may need to increase the chances for thunderstorms later in the week. Stay tuned for updates.