The Upper Mississippi and Ohio River Valleys are bracing for what used to be Tropical Storm Gordon. A fairly prominent wave of low pressure that struck the Mississippi/Alabama state line with wind speeds of 70 mph. Now, over 72 hours later, Gordon is a thing of the past. However, the rainfall associated will plague us through the beginning of the work week. For more information on Gordon’s impact to KY click here: Remnants of Gordon Will Provide a Wet & Stormy Weekend

All eyes are turning back towards the Atlantic as the powder keg continues to light up. Instead of one named tropical system, now we’re dealing with two, and they are embedded between two more potential tropical waves. 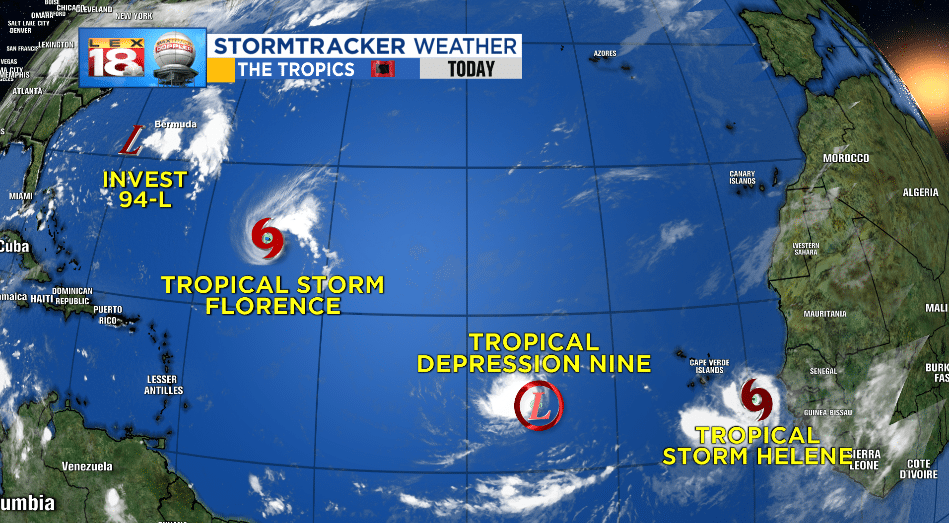 We’ll start with Tropical Storm Florence. Florence has been moving through the Atlantic and certainly taking its time. As of now, Florence sits at Tropical Storm status with sustained winds around 60 mph. As Florence bobbed and weaved through cooler Mid-Atlantic waters it lost some steam. There are two bits of bad news with this storm. For one, the high pressure ridge that could have steered it out of an Atlantic Seaboard landfall seems to be staying put. That means, a landfall somewhere along the Atlantic Coastline seems very likely at this point. 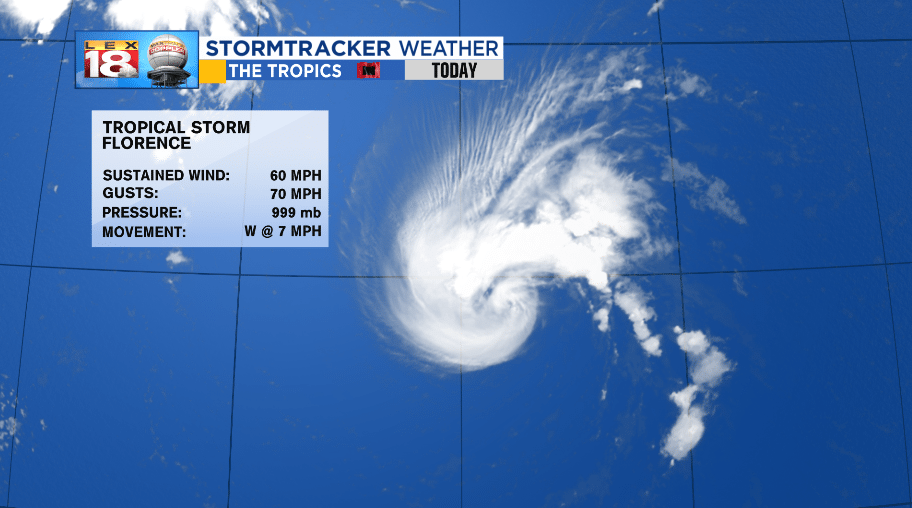 The second piece of bad news is the long stretch of warm water ahead of Florence. Warm sea surface temperatures and the warmer Gulf Stream Current will help strengthen Florence to a likely Major hurricane of category three strength or higher. This is NOT a storm to wait and see on. Although landfall is not expected until the end of the work week, preparations should be taking place now. If you know someone who lives within 30 miles of the coast from Southern Georgia to the Coastal Carolinas, they need to be paying attention. 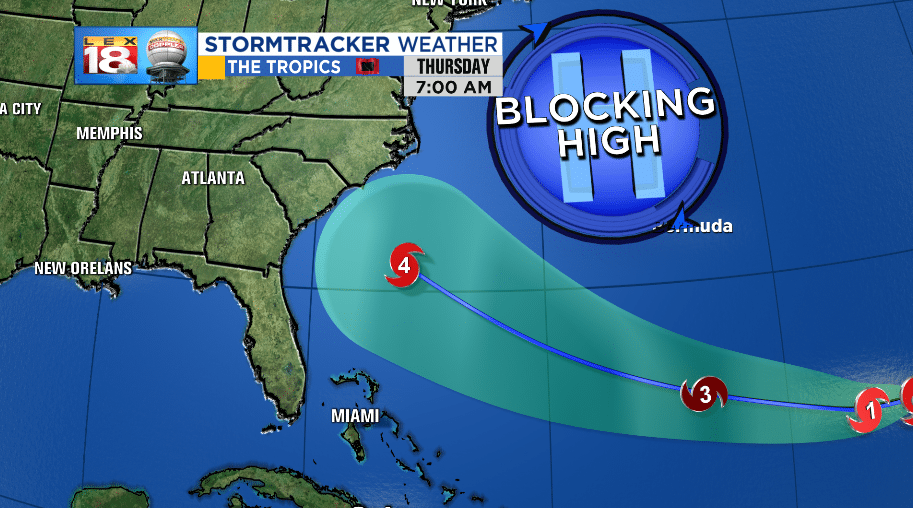 The second tropical storm in the Atlantic is further east and just getting its go near the Cape Verde Islands. Tropical Storm Helene is a low-level tropical storm with sustained wind speeds of 45 mph and is on a westerly trajectory at about 13 mph. Helene has a long way to go before we have to start paying attention to the possible path. 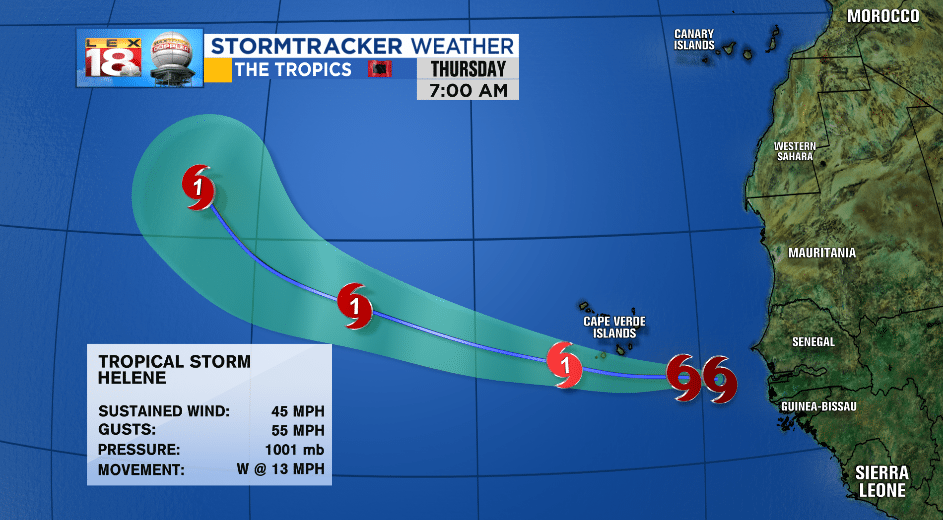 Two smaller wave have been detected and are strengthening. The one with the best chance for development is a topical depression labeled as “nine.” Nine also has a westward trajectory and will continue to strengthen. 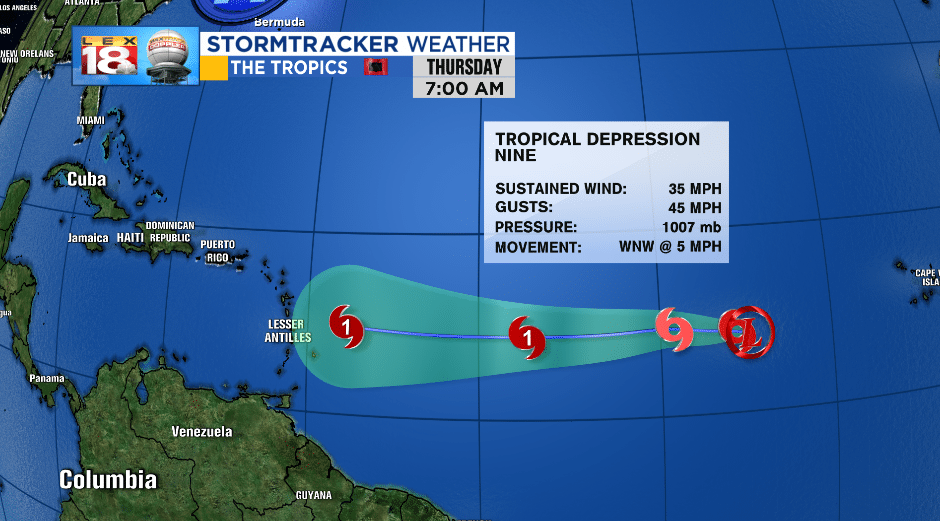 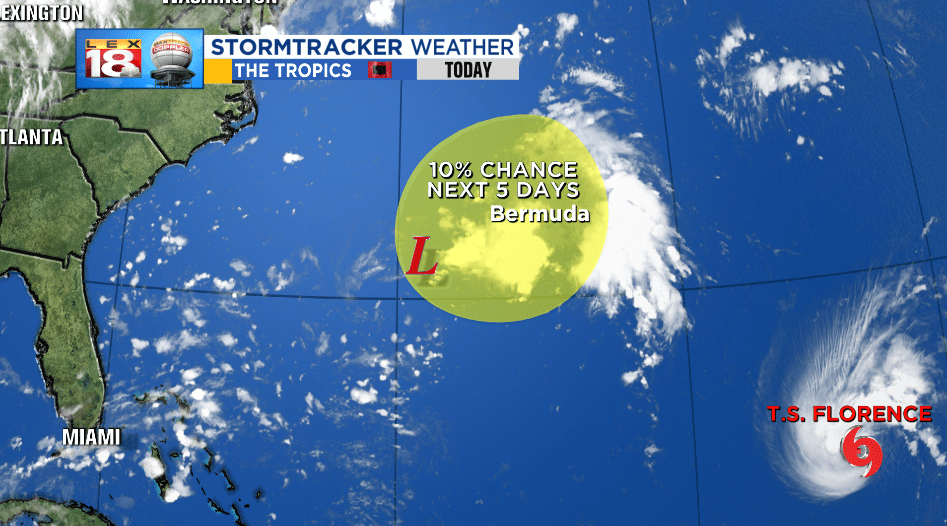