A staggering amount of rain fell this weekend across the Commonwealth. Some of the highest totals were right in our backyard. Here’s a recap of the rainy and stormy weekend that was all thanks to the remnants of Tropical Storm Gordon. 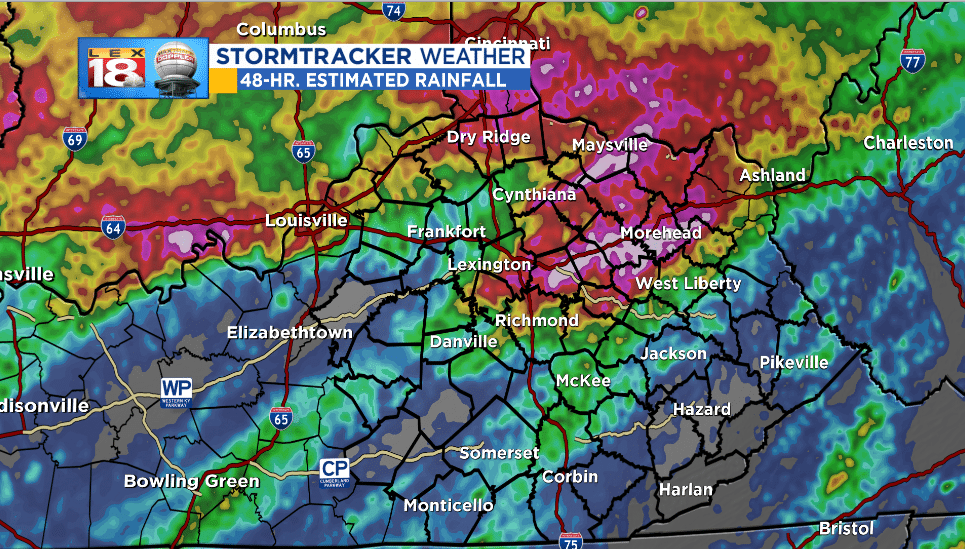 Each day brought a new axis for heavy rain. Saturday it was closer to Louisville and the Ohio River. It was I-64 and northeastern Kentucky’s turn today. The remnant low needed up traveling a closer path to the Bluegrass. This put us closer to the source and deeper in the tropical air mass, which keep the downpours coming.

We tracked “training” storms throughout the afternoon. These storms weren’t “training” for a marathon or a big competition, instead were more like the different cars of a choo-choo train. Bursts of rain would track one right after the other over the same areas from southeastern Rockcastle county to Morehead. Coincidentally, those were the same areas that experienced the most extensive and major flooding today.

The image above displays 48-hour estimated rainfall off of the MaxTrack Live Doppler. Here are some ground observations now. Higher amounts were reported north and northeast. Totals dropped, but were still respectable, farther to the south and southeast. The lowest amounts came from Kentucky Mesonet site in Harlan County reported 0.06″ this weekend, only one-third of inch fell in Pike County, and Adair picked up a half inch.

Which side of the county you live on made a difference around the Bluegrass. In Fayette County for example, Blue Grass Airport on the west side reported a weekend rainfall total of 3.19″, meanwhile the mesonet site at the corner of Man O’ War and Nicholasville Road recorded 5.12″. No matter how you slice it, this tropical air mass squeezed out a lot of rain. 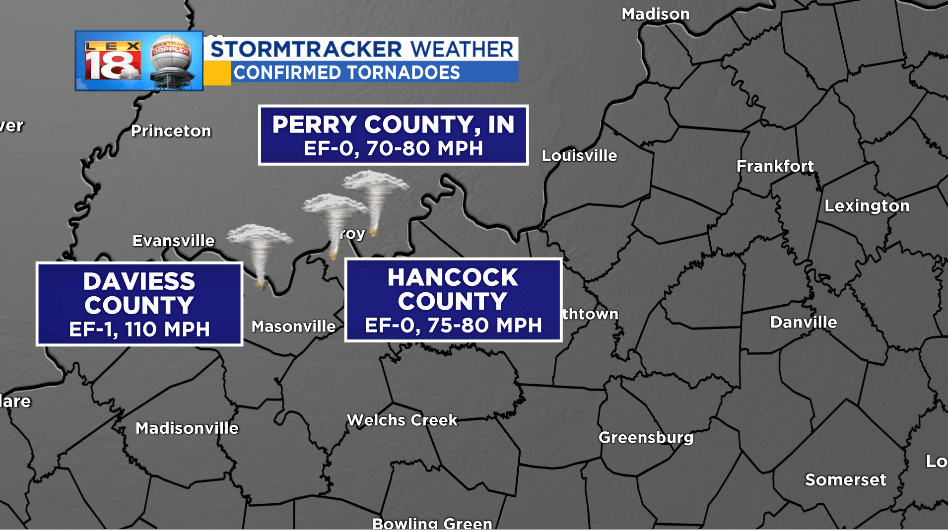 Tropical systems aren’t just known for impressive rainfall totals, flooding, and strong winds. Severe weather, including tornadoes, can also accompany these systems. The National Weather Service confirmed two tornadoes in western Kentucky following Saturday’s bout with severe storms. Brief spin-ups also popped up around central Kentucky. There was event a brief Tornado Warning for Casey, Boyle, and Lincoln counties. Nothing came of that warning, but the MaxTrack still displayed brief rotation within that fast-moving cell Saturday afternoon. Hence, the need for the warning.

We will get a chance to dry out from the tropical rainfall over the coming days. But later in the week, Florence may bring more rain and storms to our forecast. Stay tuned for updates! Things will be a changing…