Thanks to the remnants of Tropical Storm Gordon, we have already surpassed our monthly rainfall average by nearly two inches. The kicker is, 72% of that rainfall occurred in the last 2 days! So far, the Blue Grass Airport has recorded 4.80 inches of rainfall since we started the month. 3.44” of that rain fell in the last two days due to the tropical rainfall from what used to be Gordon.

We will likely pick up our next recorded rainfall from the remnants of Hurricane Florence this weekend if it moves onshore and crosses the Appalachians. That’s still a ways off however, and it’s just a waiting game. Until then, we get a few days to dry out this week. 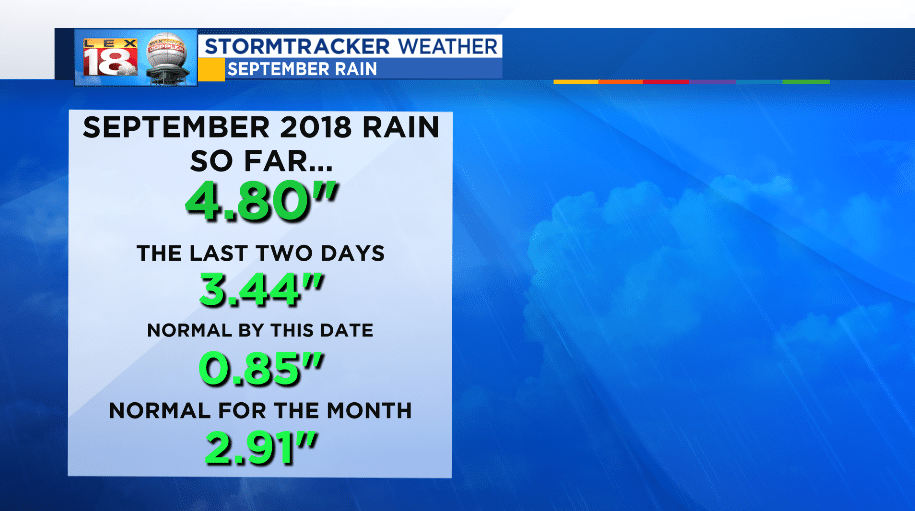