Hurricane Florence continues to inch towards the east coast. This is now a “when and where” scenario versus an “if” for the Coastal Carolinas. As of the 11:00 am (9/12) update, Florence is still rated as a Category 4 storm with sustained winds reaching 130 mph and gusts as high as 155. The minimum central pressure has dropped to 943mb and the track is northwest at about 15 mph. Florence is about 520 miles ESE of Myrtle Beach, SC and 485 miles SE of Wilmington, NC. Hurricane force winds (≥ 74 mph) extend 70 miles away from the center of the storm, and tropical storm force winds (≥ 39 mph) extend up to 170 miles away from center. 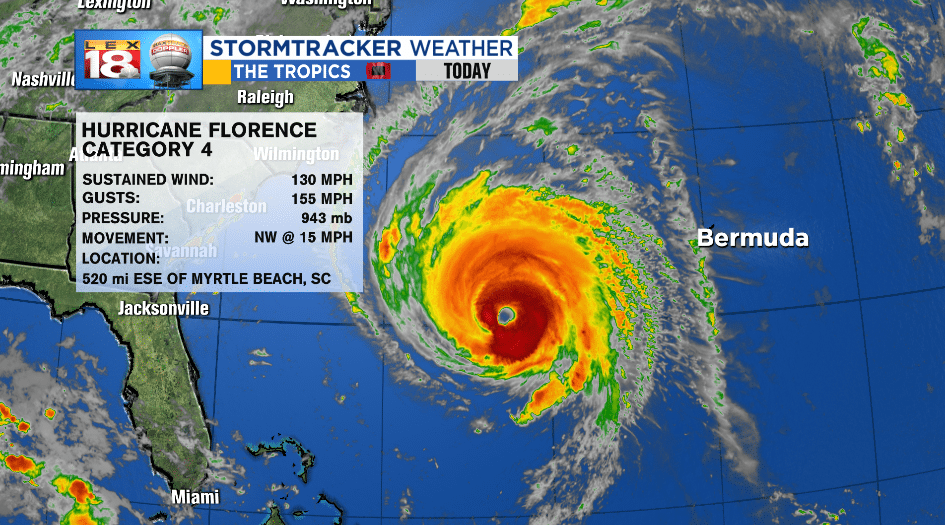 The storm is moving NW between Bermuda and the Bahamas. The track continues to point towards a North or South Carolina land skirmish around Friday morning, but an actual landfall sometime late Friday or Saturday morning. The NHC track lines up with this thinking and puts landfall near Myrtle Beach, SC. After landfall, the track moves inland and Florence rapidly diminishes in strength becoming a tropical depression over the extreme northwest tip of South Carolina around Monday. 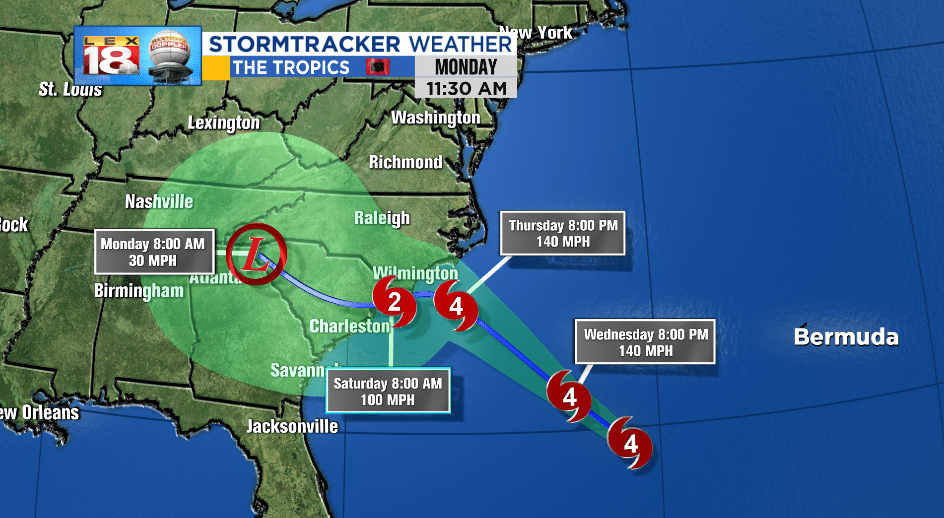 An exact landfall location is still up in the air as we’re still more than 48 hours out from that time. Models are still in consensus that the Carolinas are the likely impact zone, but with over 400 miles of general coastline, it’s tough to narrow down an exact location. In addition to an initial landfall, a few models (like the Euro and GFS) are hinting at a scenario where Florence will strike the coast and then bounce along until making a secondary and equally as impactful landfall in a different location. Below are the model differences as of noon Wednesday.

Wind damage will be one of the main threats to the immediate coastal areas and the coastal plains of the Carolinas. The tropical storm force wind probabilities have been shifted south. 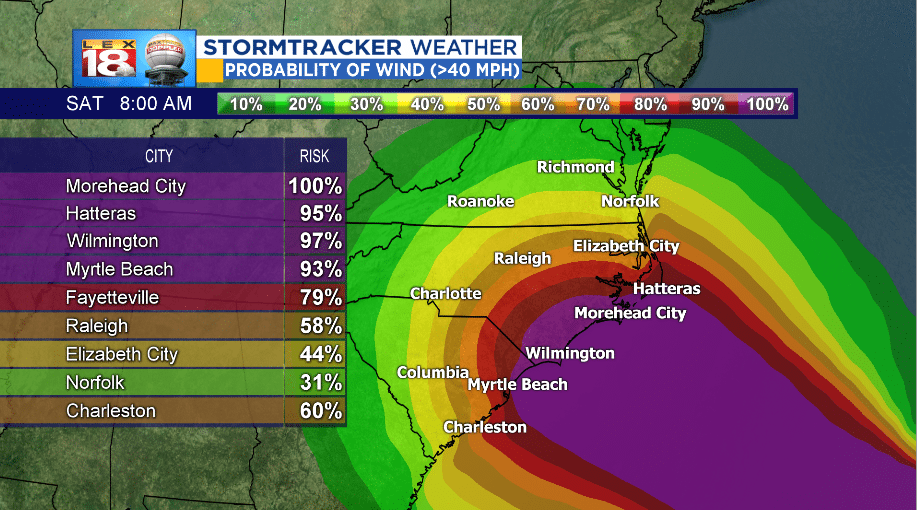 Rainfall will be a major threat, but not just to the coastal areas. Rainfall will swell rivers several hundred miles inland leading to devastating flood conditions for millions of residents not in the immediate path of the storm. Florence is expected to produce rainfall amounts in the 15 inch to 25 inch range in the coastal plans of North Carolina with higher amounts to 35 inches localized near the storms track. Due to the saturated soil and high winds, tree and power line damage is expected to create power outages that will likely last for a long period of time.

Information that remains the same:

The next biggest coastal impact will be storm surge. A Storm Surge WARNING is in effect from the South Santee River (just south of Charleston, SC) to Duck, NC (just south of the NC/VA state line). The biggest impact and highest storm surge will be experienced if landfall occurs during high tide. 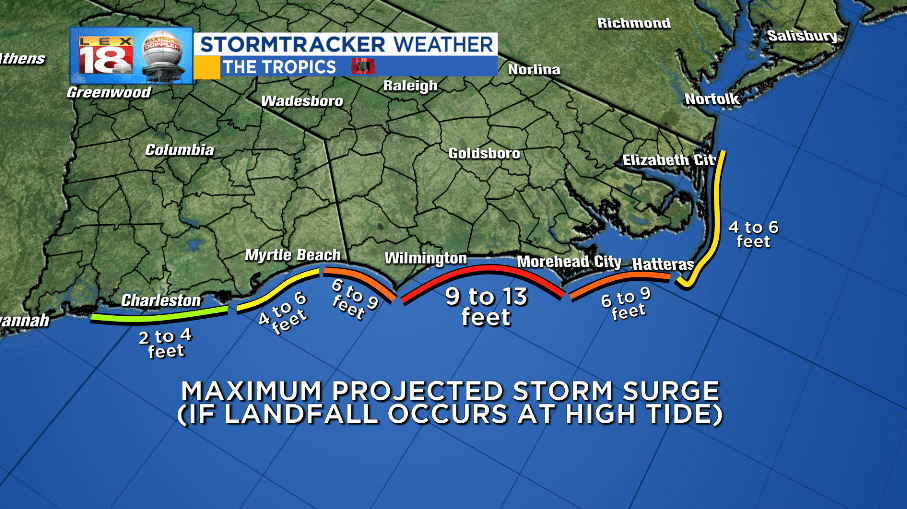 As far as the impact Florence will have on Kentucky. We know that we will receive some rain and wind from what will be the “remnants” of Florence sometime this weekend. As of now, it’s still too early to know exactly how much and exact timing. As the forecast models begin agreeing we’ll have a better outlook on local impacts in the coming days.