It’s only hours until Hurricane Florence makes landfall over the coastal Carolinas. There has been little change in the track, and no change in the threats. Florence will bring life-threatening flooding, a catastrophic storm surge, and historic rainfall to the southeast coast. 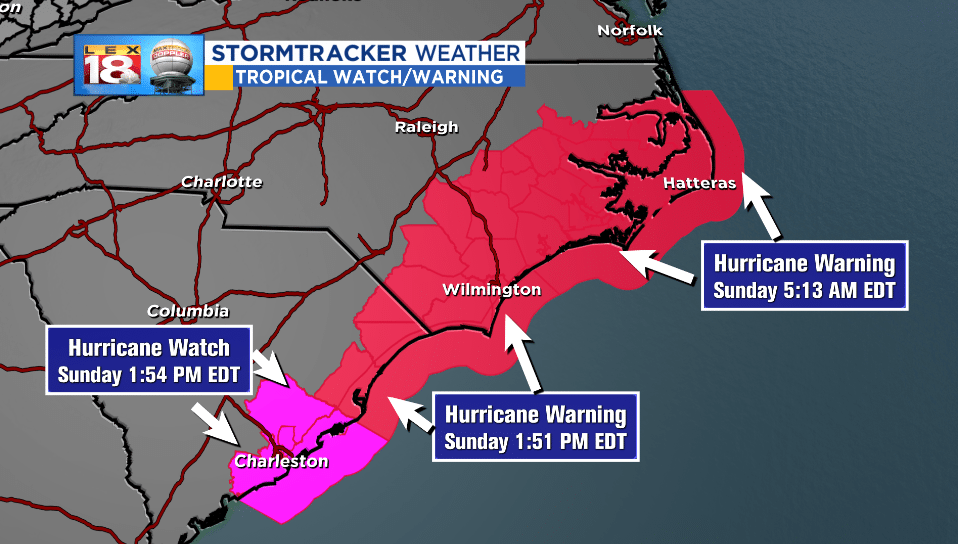 Hurricane watches and warnings are in place from the Outer Banks to Charleston, SC. A sustained wind of 68 mph and a gust of 84 mph was reported earlier today at Cape Lookout, North Carolina. Hurricane-force winds (74 mph or greater) extend 80 miles from the center of the storm, with tropical-storm force (39 to 73 mph) extending another 100 miles beyond that. The wind will continue to ramp up as Florence glides towards the coastline. 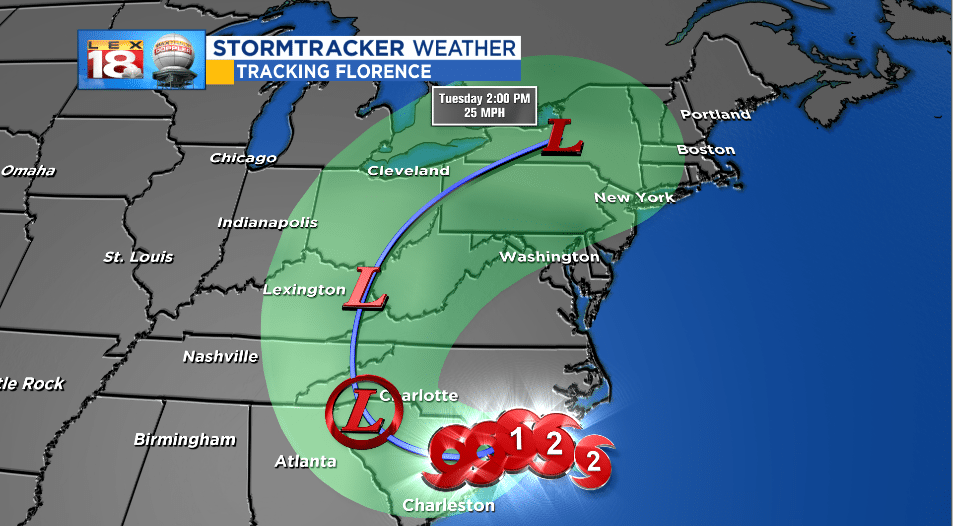 Florence is expected to make landfall Friday morning over coastal southeastern North Carolina. It will make little difference if it’s a Category 1 or 2 at landfall. The speed and shear size of Florence is what will make it historic. Water – in the form of rain, flooding, and storm surge – will be the single greatest threat.

North Carolina is in a tricky spot. Not just because that’s where Florence is expected to make landfall, but it will be on the northern side of Florence’s track. The “right” side of hurricanes, the northeast quadrant to be precise, is the strongest part of a storm. It’s the combination of spiraling winds moving in a counter-clockwise fashion and the forward motion of the storm that makes it so fierce. The proximity to ocean will also play a key role. The ocean will pile up along the coast on the north side of the storm for 24 hours. Catastrophic storm surge is expected. 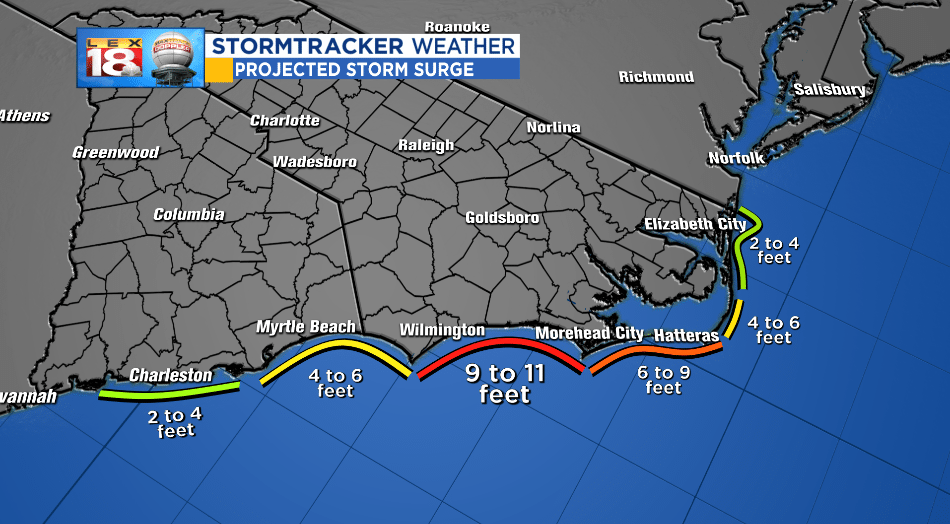 Storm surge is the abnormal rise of sea level during a storm. It is measured as the height of the water above the normal predicted astronomical tide. The greatest inundation of seven to eleven feet between Cape Fear and Cape Lookout, NC.

Rain from Florence will be measured in feet in spots. 30 to 40 inches of rain will be possible in areas like Wilmington, NC and Myrtle Beach, SC. This amount could set records for tropical cyclone-related rainfall. In case it’s also more than a year’s worth of rain that will fall over two to three days.

The tropical cyclone-related rainfall records for the Southeast since 1950. 1870-1949 rain data do not reveal wetter storms for the Carolinas. As 40" local amounts are possible from Florence, the rain forecast is beyond what has been previously seen/witnessed for the Carolinas. pic.twitter.com/BmVZQnZvhj

Stay with the StormTracker Weather team as we continue to track Florence through the Southeast and eventually into the Commonwealth.