For the second time in as many weeks, we are tracking remnants of a tropical cyclone to move through the Commonwealth. Last weekend it was Gordon. It will be Florence’s turn Sunday and Monday. Fortunately this time around we aren’t expecting a non-stop deluge. 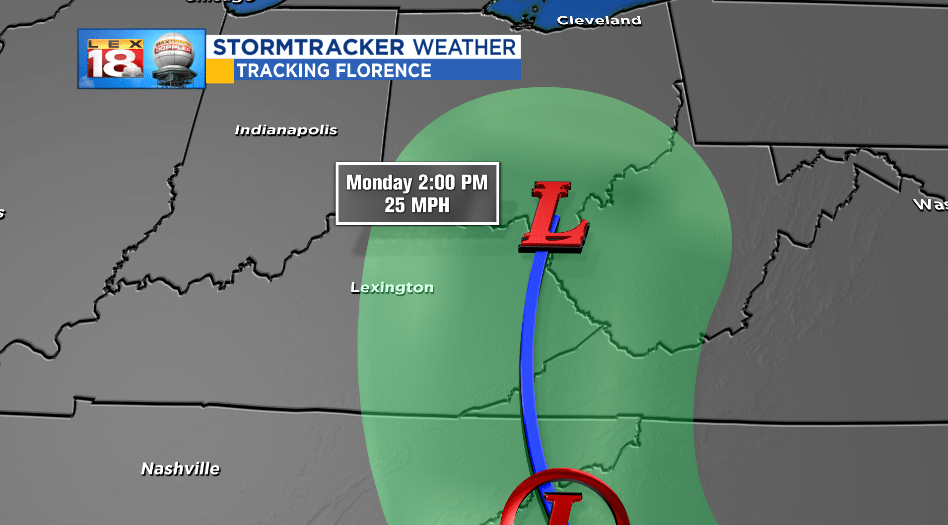 After inundating the Carolinas with historic rainfall, devastating freshwater flooding, and catastrophic storm surges, Florence will start turning northward late in the weekend. Given the storm’s size, clouds will start increasing Saturday evening for southeastern counties and will spread northward Sunday. Winds will pick up then showers/rain will soon follow. There is fairly high confidence that Florence’s remnants will track through Kentucky, but where is the question. 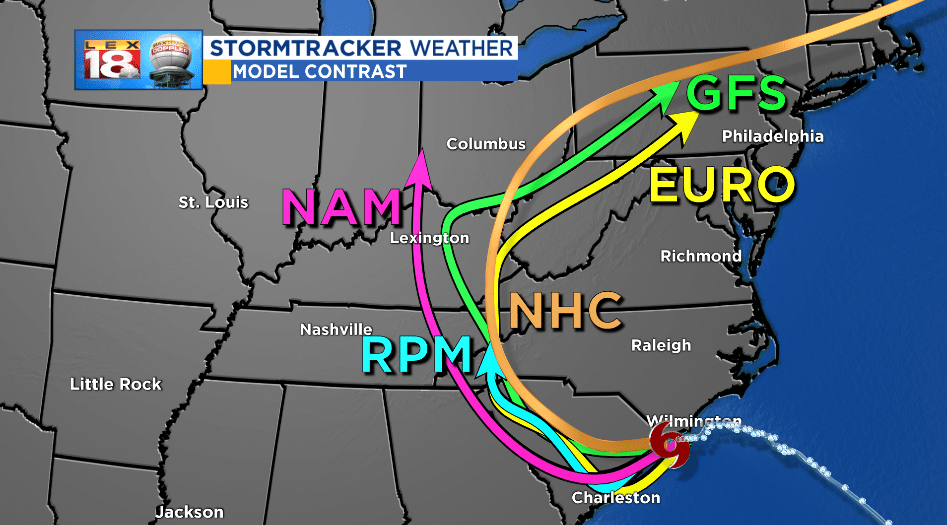 The latest update from the National Hurricane Center (8 PM Friday) takes the center of the “storm” through western Pike county then straight north from there. But the cone of uncertainty is much wider, including Lexington to the west and western Virginia/southern West Virginia to the east. This cone displays all of the possible outcomes from many, many, many models. The track from “big three” – European, GFS, and NAM – varies by 100 miles. A shift west or east brings a tweak to the rainfall potential. There should be more consensus with Saturday’s model runs.

So here are the possible outcomes for central and eastern Kentucky… 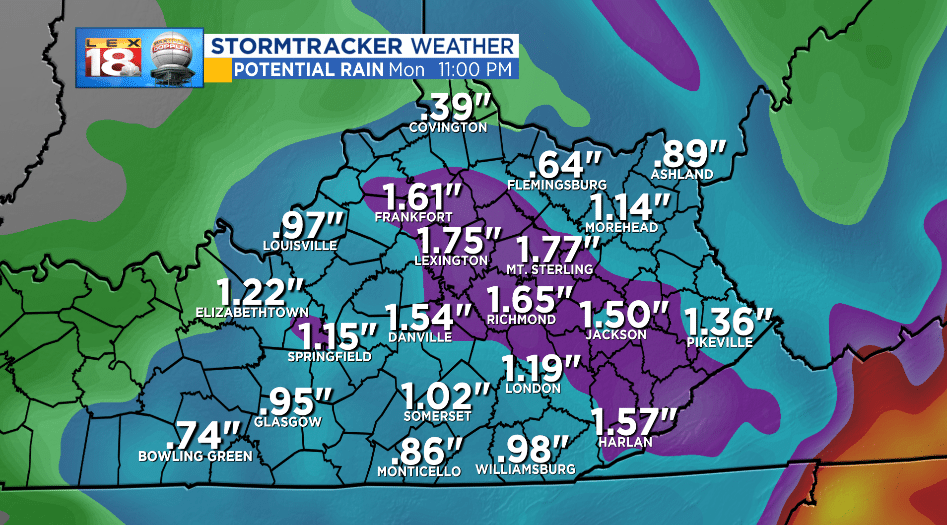 The NAM, a short-range American model, brings the remnants of Florence northward along I-75. This track will bring one of the wetter outcomes for the Commonwealth, in particular central Kentucky. Rainfall amounts by Monday evening could range from one to two inches.

The GFS solution is a little farther east, which will bode better for the Bluegrass. A rainfall maximum will be in the right, eastern side of the storm. Putting a target on eastern counties for an inch or more. 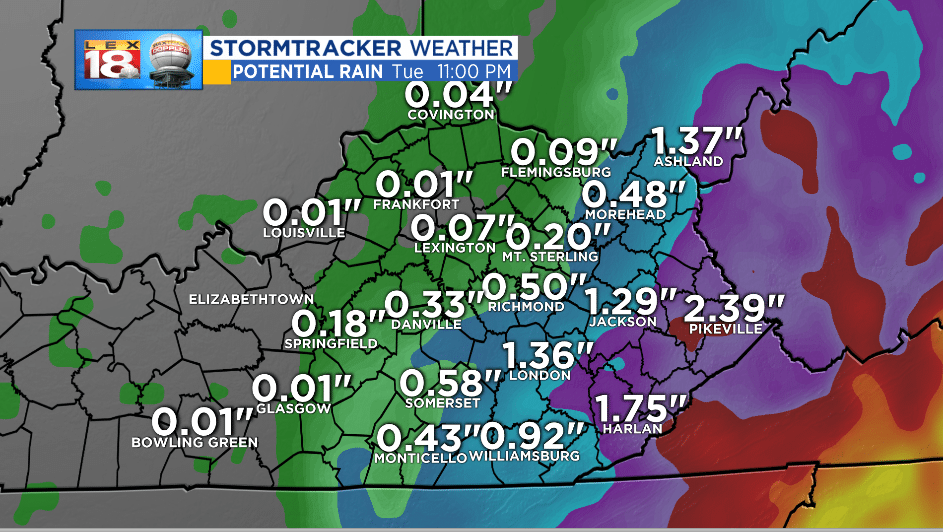 The European model brings showers and storms, but also a sharp cut-off. This solution spits out zip noda to over two inches. While Lexington sees next to no rain, Pikeville will pick up a significant amount of rain over 48 to 60 hours.

Florence will bring increasing clouds, windy conditions, and showers to central and eastern Kentucky beginning Sunday. We are tracking the best rain chances for areas east of I-75. The really heavy rain will remain to our southeast. Depending upon the track up to two inches of rain could fall across parts of eastern Kentucky.