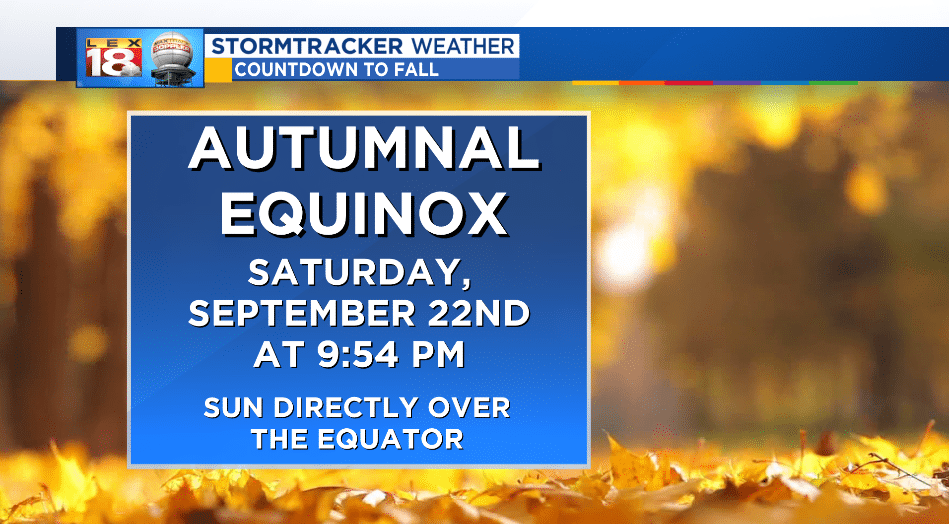 Earth has seasons because its axis doesn’t stand up straight. Throughout the year different parts of Earth get the sun’s direct rays. During the summer the Northern Hemisphere is titled towards the Sun. The Autumnal Equinox occurs when the Sun shines directly over the Equator.

Heading into fall we are tracking “fall”ing temperatures. This evening’s line of storms will be courtesy of a mighty cold front as it passes through central Kentucky. On the other side of the boundary we are tracking a 20-degree drop in temperature. We’ll be lucky to reach 70° this weekend. In the foreseeable future it doesn’t appear that summer will be making a comeback. 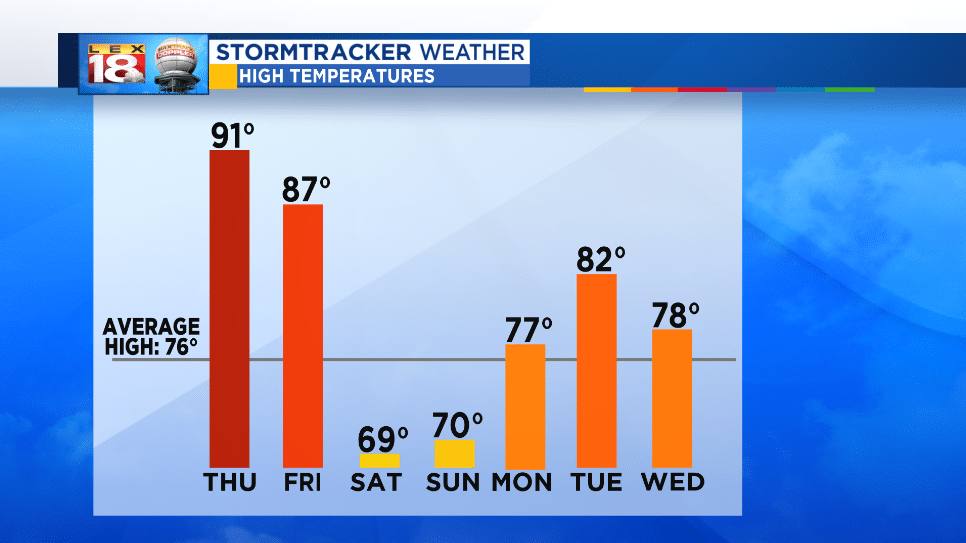