We’re on track to have one of the wettest Septembers, if not the wettest by the middle of the upcoming work week. Relentless rain, in almost the tropical sense, will stick with us through the next few days due to a stalled cold front connected to a low sitting down near Texas. The combination of the front and the eventual low pressure feature will continually bring rain showers through the weekend and into the middle of next week. 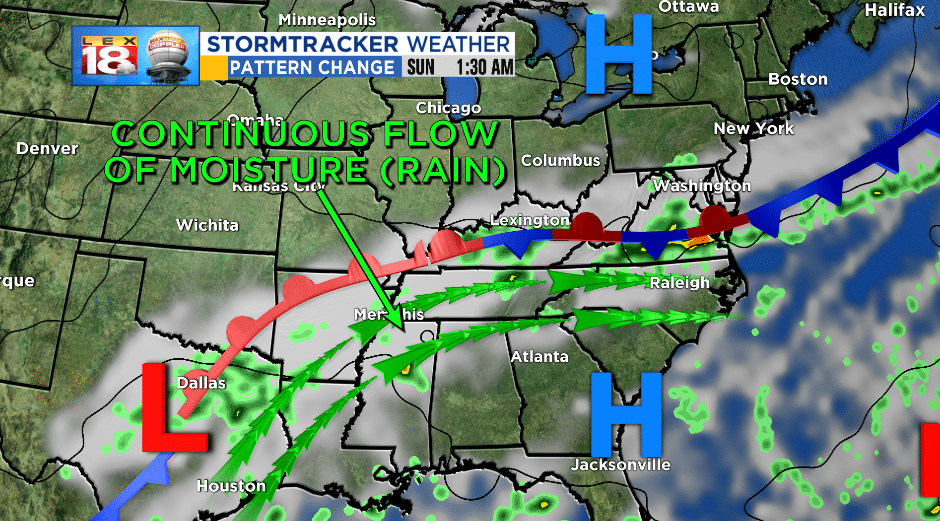 Days of rain will produce between 1 and 6 inches of rainfall collectively through the state. The bulls eye happens to be Western Kentucky and the Bluegrass. 4” to 6” of rainfall are possible between now and Thursday morning in these locations. Localized spots could see a little more. On the outskirts of the Bluegrass, southern and eastern counties, rainfall will be in the 2” to 4” range, seeing lesser amounts but still significant. The area expected to see the least amount of rain will be the extreme northern counties totaling up to 2” in the next 5 days. 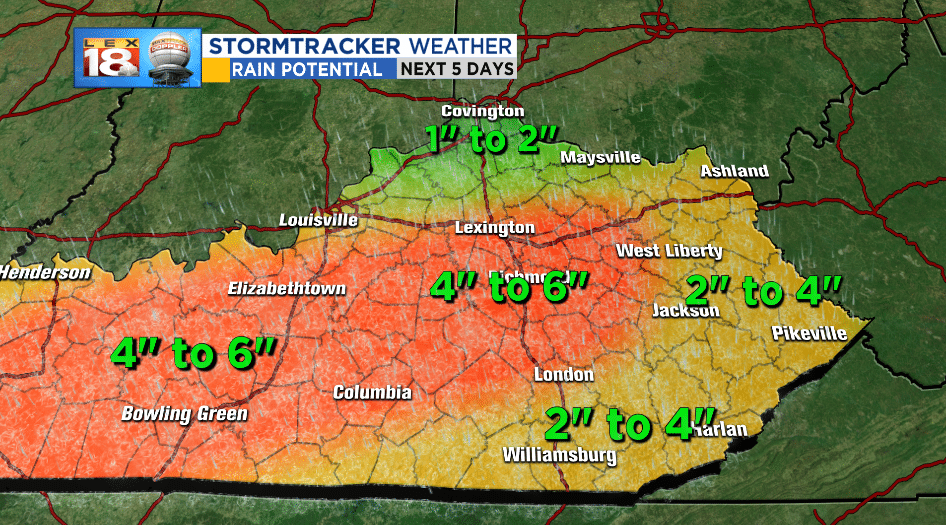 Flooding is a possible scenario this week, especially since we’re still semi drying out from Florence, and we’re still sitting on saturated soil. Since it’s a drawn out event (more than three days) water will not rise all that quickly. Flash-flooding will only be experienced under the heaviest of rain showers. The more likely flooding will be the gradual rising of creeks, streams, lakes, and rivers over time. Remember that the cresting will happen after the rain slows down Thursday due to runoff. If you see high water, turn around. It’s not worth you risking your life over trying to get somewhere through high water. 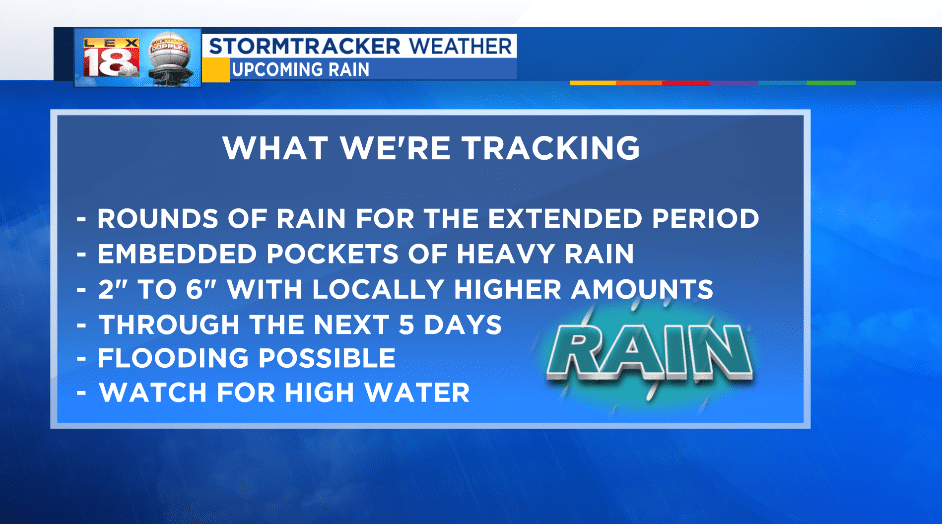 We definitely don’t need the rain, but we’re going to have to take it anyway.

In just 21 days (not including today) we’ve already had enough rain to qualify for the 5th wettest September ever. Think about that for a minute. September is historically our driest month of the year, with an average just shy of 3.00” and we’ve not only doubled that, but surpassed it. Keep in mind, there’s still eight days before we wrap the month up.

As of yesterday, September 2018 has totaled 6.70 inches of rainfall. That’s 3.79 inches above the monthly average. Only four other Septembers in History have us beat (as of now). The record for rainfall in the month of September occurred in 2006 when 10.25 inches fell, or about 23% of our yearly average. We could be challenging that record this week. In fact, even if we get the bare minimum of what’s expected (~4”) we will still beat the record. 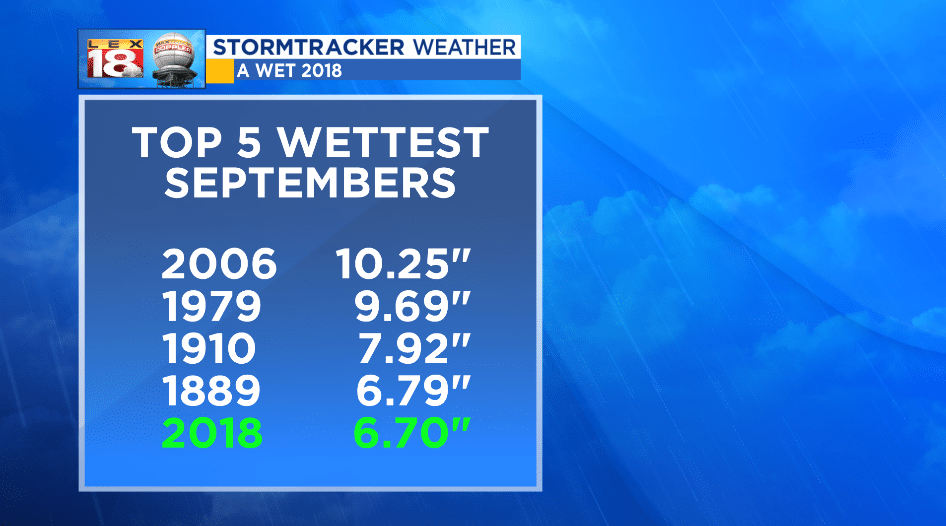 But remember, the area that needs to collect the rain for the record keeping is about the size of your average basketball free-throw key, so the rain has to line up directly over the Bluegrass Airport, in order for us to break the record.