While we deal with tropical moisture back home, the Atlantic Hurricane Season is clutching on to a few systems, trying to stay relevant. After a very busy peak of the season, the basin has calmed, but we’re still tracking a few rogue systems. 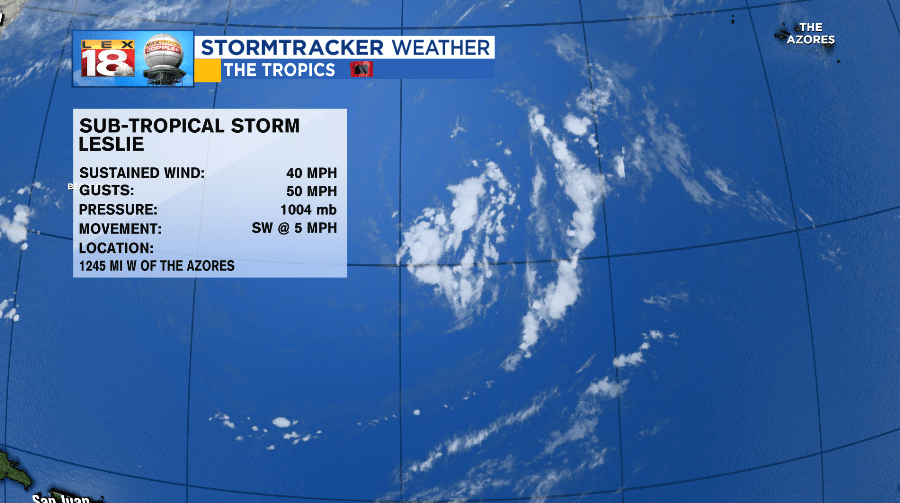 Leslie is not going to have much to work with over the next few days, and wind shear will help break down the storm as it moves eastward, closer to the Azores, but not reaching them. 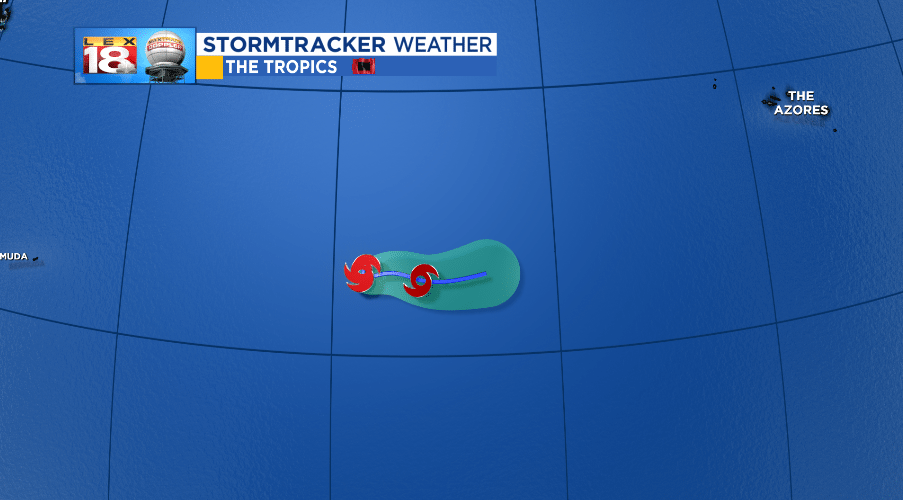 The system that has a better chance for any sort of landfall will be Tropical Depression Kirk. Kirk was a tropical storm yesterday, but downgraded in the evening. Still, warm water and a pocket of weak wind shear may allow Kirk to re-establish tropical storm force winds and upgrade as such. 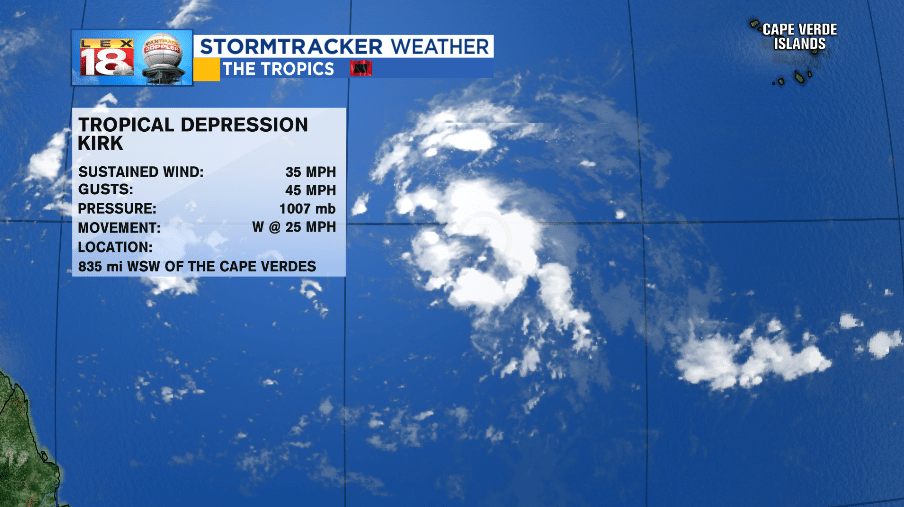 Kirk is a long-tracked system, meaning it will stretch west for the entire trip through the mid-Atlantic. Kirk will likely strike somewhere in the Lesser Antilles as a tropical storm around Friday morning. Better wind shear will begin tearing Kirk apart as it enters the Caribbean leading to a downgrade as the low pressure continues west. 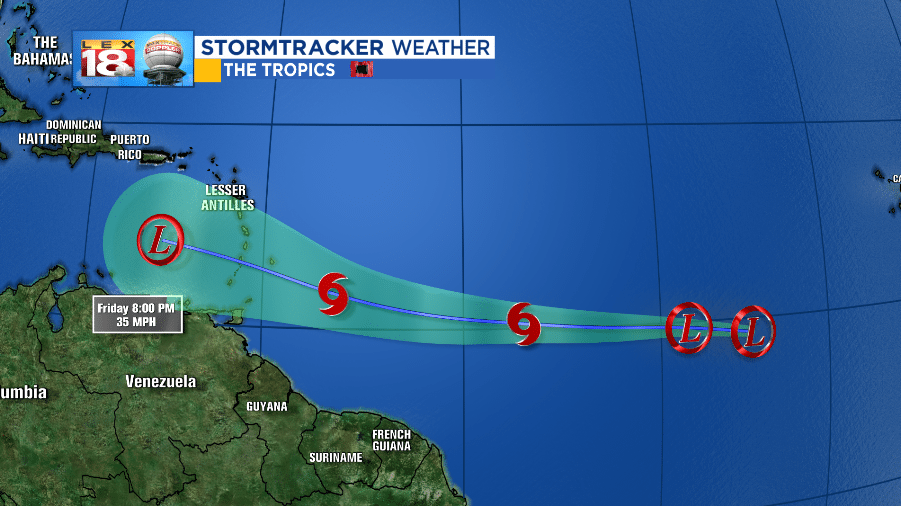 A system that doesn’t have much of a chance but still worth watching is an area of thunderstorms between Bermuda and Miami. Showers and storms are still unorganized around a small area of low pressure. 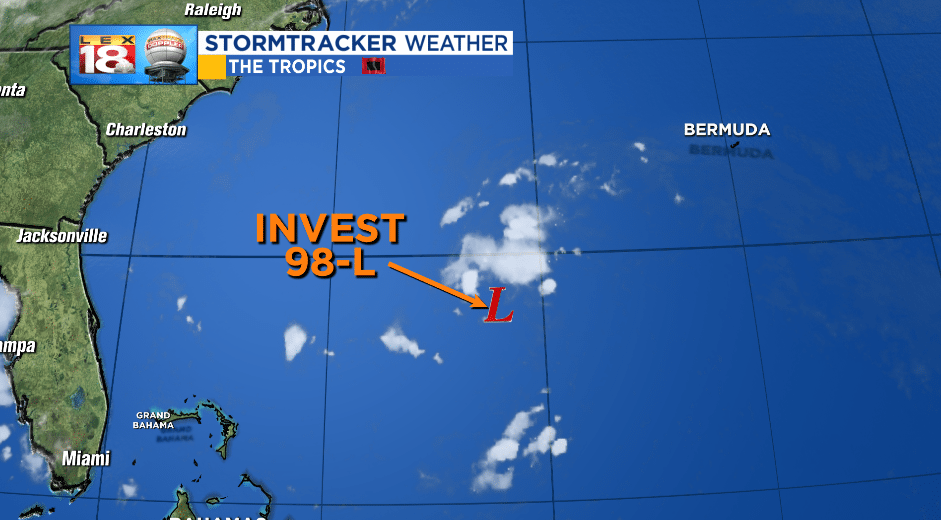 This interest will move closer to the Coastal Carolinas through the next few days and has a 40% chance of tropical development in the next 5 days.

We’ll keep watching the tropics and updating you as they develop.