We can finally put on the lid and review the stats of a very warm and wet September. Summer ended with a good deal of rain and storms along with an active hurricane season peak. The combination of this let September break a rainfall record while the warm and humid air remained in place.

We’ll start with rainfall. September 2018 went down as the wettest on record. This can be attributed to days of showers and storms with abundant rainfall, along with two tropical systems that dumped rain for a few days. Gordon and Florence were the two tropical remnants that brought a few inches of rain in the middle of the month. Then, a very tropical pattern set up the second to last weekend allowing for nearly 4.5 inches of rainfall in just seven days. Some areas had even more! 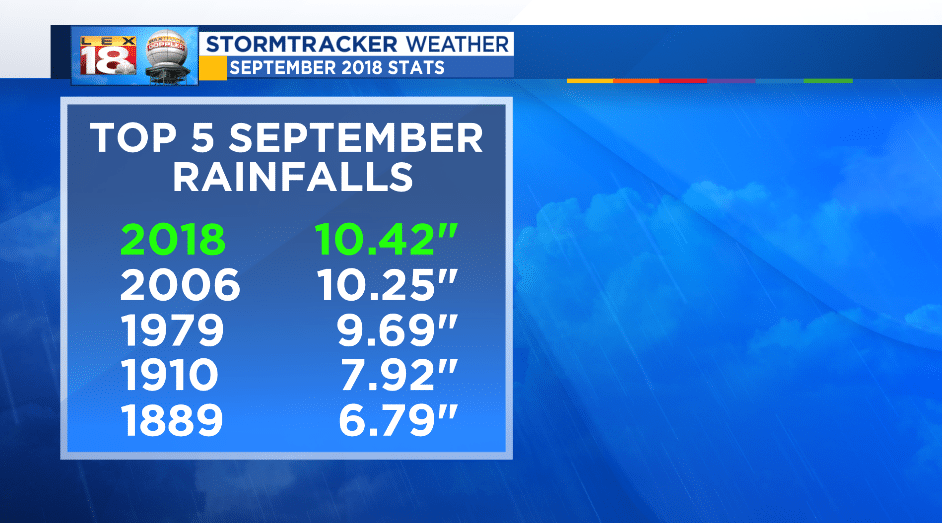 Our normal rainfall for the month sits at about 2.91 inches. We surpassed that total by the 9th day of the month and still had over 6 inches of rain still to fall before wrapping the month up. Keep in mind, September is normally the driest month of the year.

On the temperature side, September was warm, but not necessarily in the way you think. 2018 topped out at #8 for the warmest mean monthly temperature at 73.2 degrees. This is when you take the high and low every day, average them out and then average the daily mean temperature over the entire month. 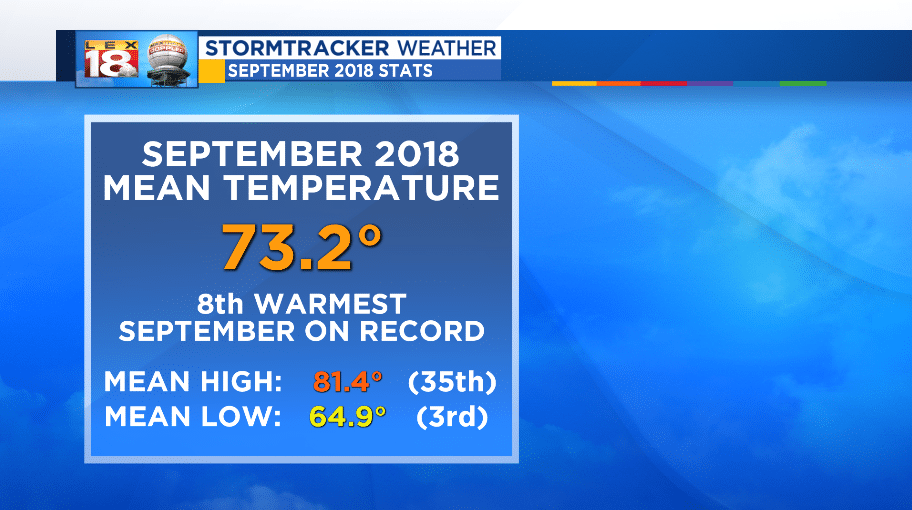 Afternoons were warm reaching 80 degrees or more 60% of the month. We also had eight days of a 90 degree high temperature or higher. Our mean high for the month (81.4 degrees) came in 35th warmest on record. That being said, the main reason why September 2018 finished so high in mean temperature was because of the overnight lows. All but five mornings were at or above 60 degrees. 11 mornings failed to drop out of the 70s overnight. The September low temperature mean ended at 64.9 degrees which was the 3rd warmest on record. 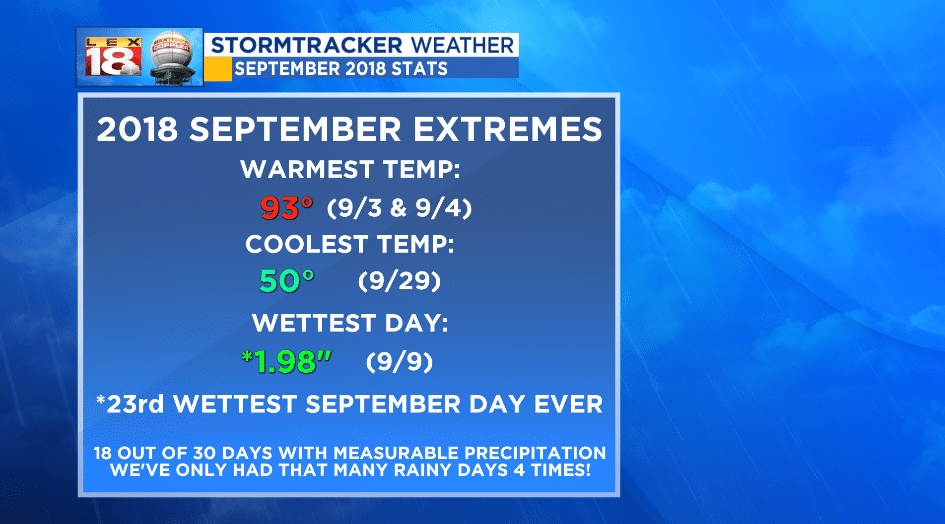 The highest one-day precipitation was 1.98” on the 9th of the month. This rainfall was directly linked to the combination of the remnants of Tropical Storm Gordon, and an incoming cold front. The nearly 2” of rainfall that day went down as the 23rd wettest day in September for Lexington. September 2018 had 18 days of measurable precipitation. We’ve only achieved that 4 times in history.

Glad that roller coaster of a month is finished. On to October!