The Pacific Wakes Up Again

We’re still tracking hurricane season, but the Atlantic has calmed slightly. We still have Tropical Storm Leslie, but that storm isn’t going to do more than move some fish around. The Pacific however, is fired up again.

The remnants of Rosa are moving across the Baja Peninsula and into the Southwestern United States. While the wind threat is down, the rain threat is present in the four corners and into portions of Oklahoma, Colorado, and Kansas. Areas that see only a few inches of rain a year will up their quantities in just a few days. Flash Flooding is a concern for those locations. 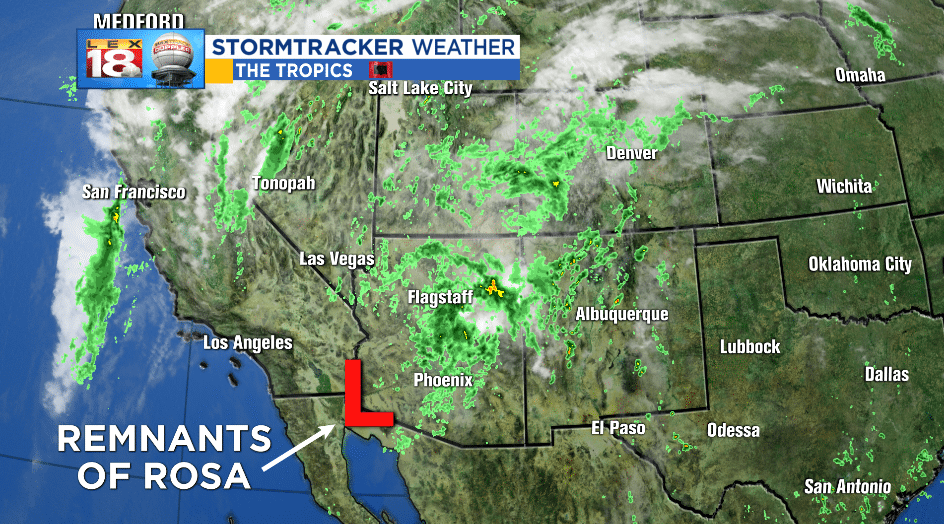 The next system in line (moving west) is Hurricane Sergio, a Category 3 storm with sustained winds reaching 100 mph. Sergio is in a hurry to get nowhere. 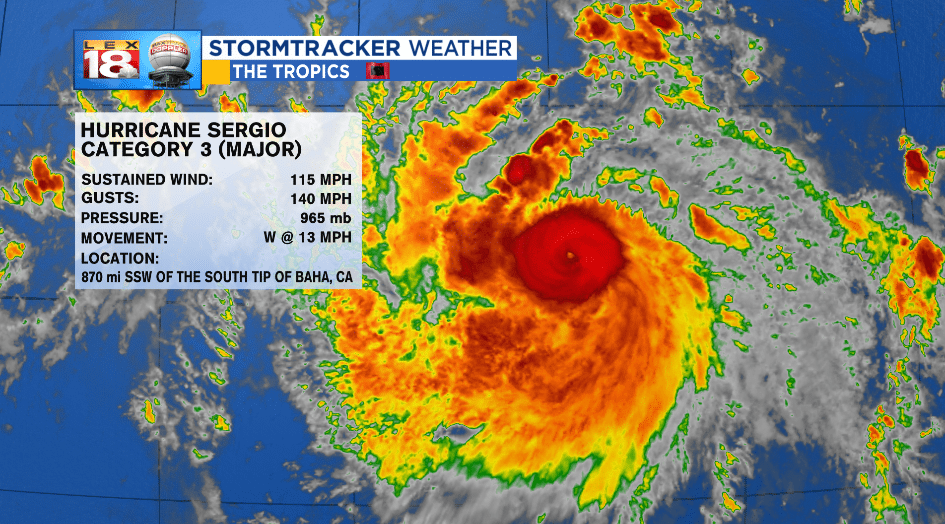 Movement is westerly at about 13 mph and will move northeast before ironing out a westerly path again later this week. 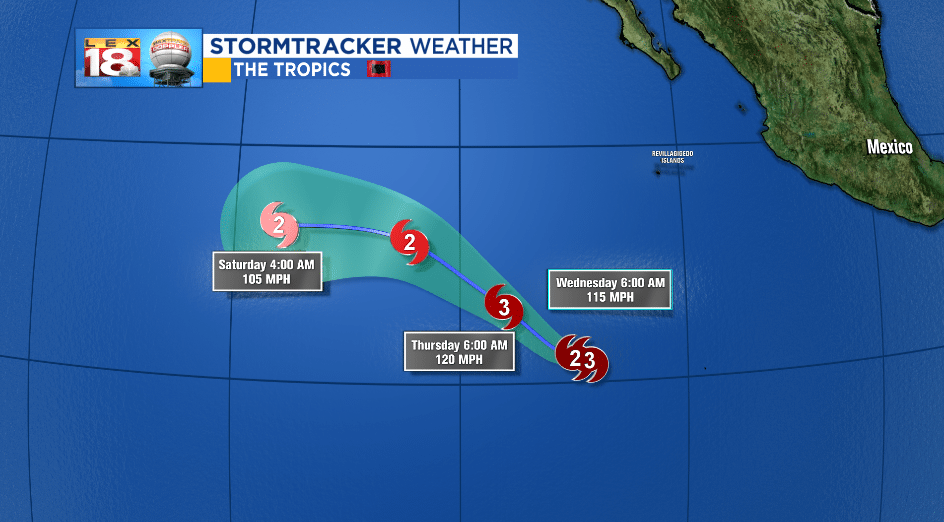 The bigger and more powerful storm in the Central Pacific remains Hurricane Walaka. Walaka is a powerful Category 4 storm with sustained winds reaching 150 mph and gusts as high as 165 mph. The movement is due north for now. 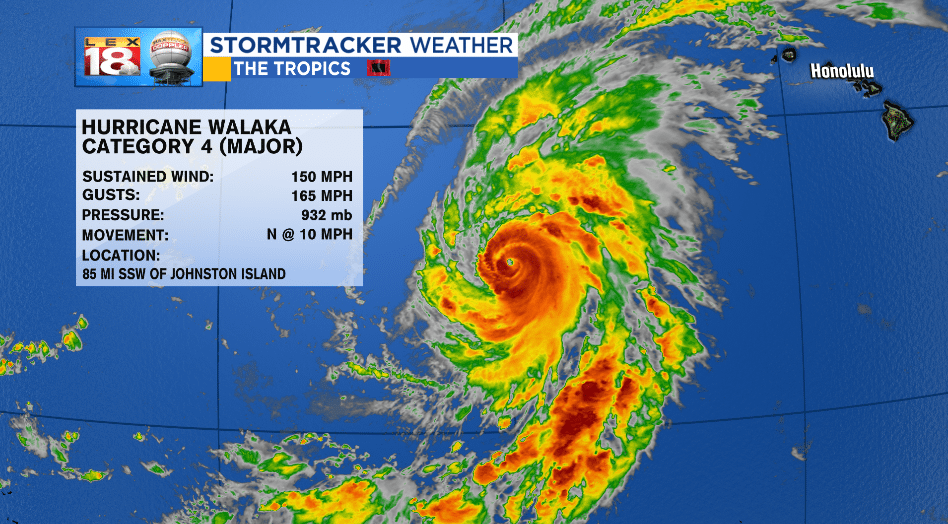 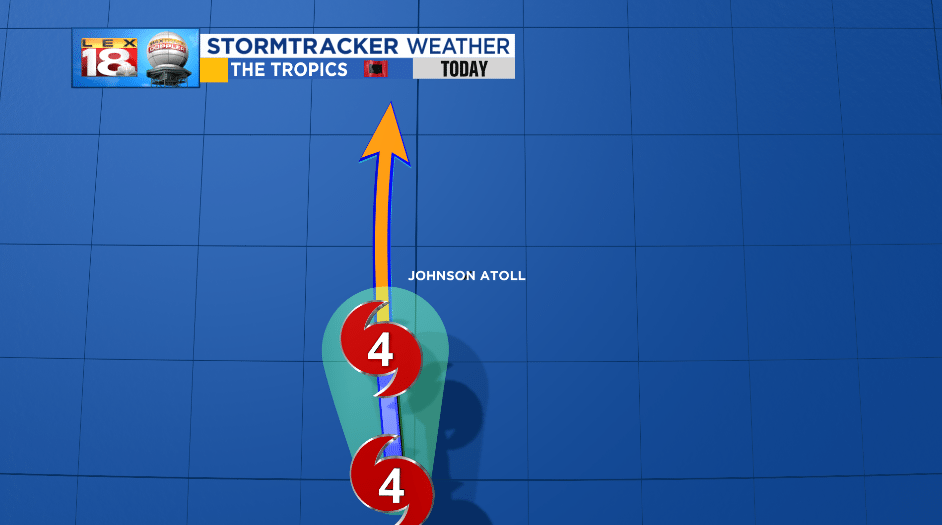 The path of Walaka will continue northerly, jogging a few times, but should meet its end in the north-central Atlantic sometime next week. 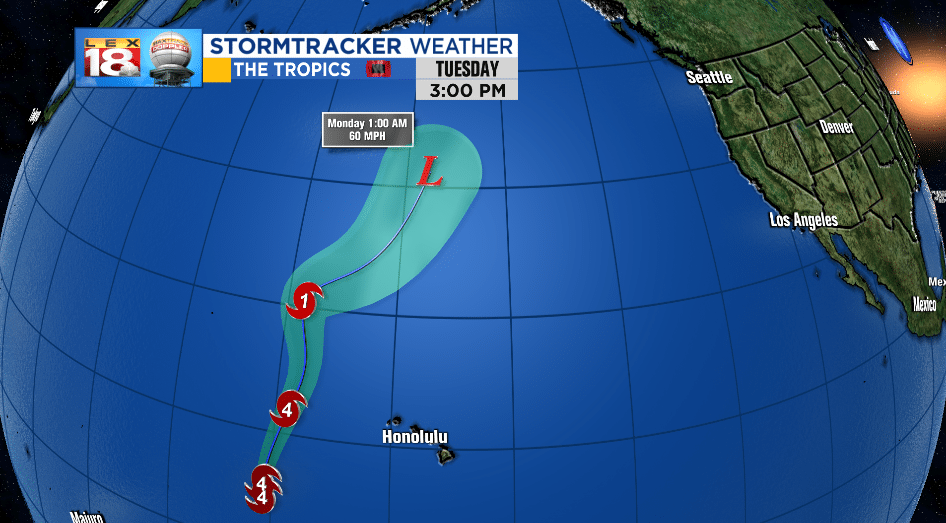