October: A Month for Stargazers

Gone are the gray, gloomy skies of September. High pressure has ushered in brighter and clearer conditions, which means at least the first two weeks of October will be great for nighttime sky watching. And there’s plenty to see this month, including three lunar conjunctions, two meteor showers and the Hunter’s moon.

The Draconid meteor shower peaks on October 8th. This annual meteor shower happens to coincide with the new moon, which means the sky will be extra dark for stargazing. Draconids originate from the constellation Draco, and are known to be extremely slow-moving. Even at the shower’s peak only a few meteors per hour will be visible. 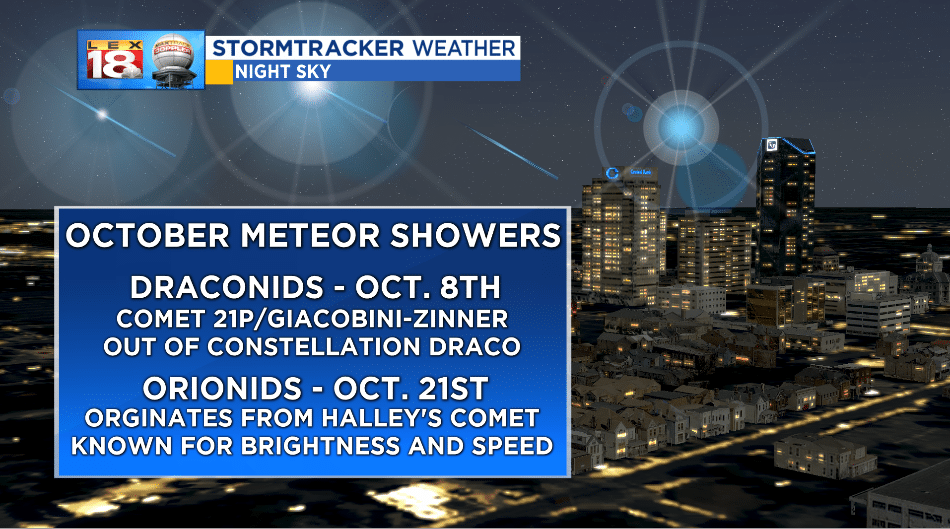 The second meteor shower of the month, the Orionids, will peak the night of October 21st. Unlike the Draconids, this meteor shower is known for its brightness and speed. Meteors zip into the atmosphere at a speed of 148,000 mph! Up to 20 meteors per hour are visible at the peak. The Orionids occur when Earth passes through the debris in the tail of Halley’s comet.

Like all meteor showers, the best viewing occurs between midnight and dawn. Go out to the country, get away from the city lights. Give your eyes some time to adjust. Then sit back and enjoy the show.

In astronomy, a conjunction occurs when the Earth, Moon, and another planet (in that order) come into alignment. Three different planets will dance in and out of conjunctions this month. You won’t need special equipment for viewing, unless you want to get an up-close view.

This month’s full moon will occur on October 24th. It is nicknamed the Hunter’s Moon because at the sight of this full moon Native Americans knew it was time to start gathering meat and food for winter. 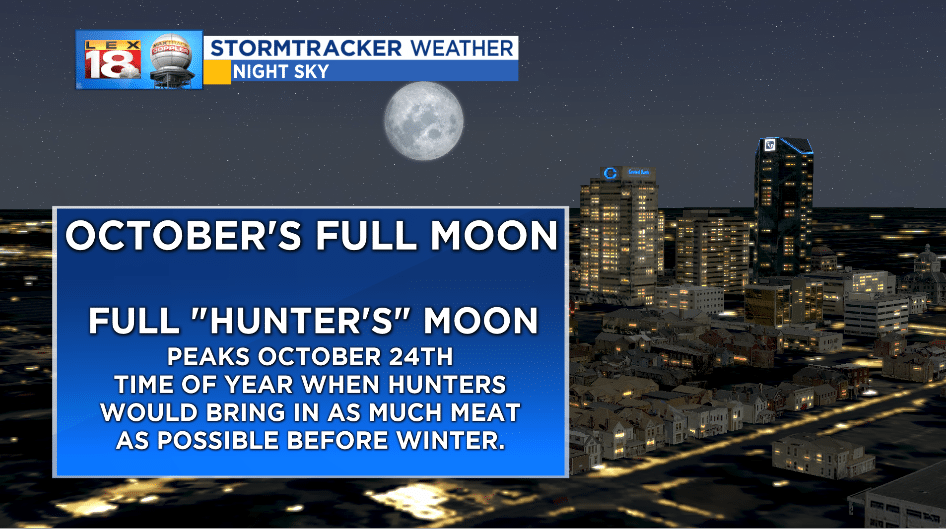 View of Uranus, Mercury, and Jupiter

Uranus will be in opposition on October 21st. That means from our perspective on Earth, Uranus will be opposite from the Sun and fully lit, like a full moon. The “bull’s eye” planet will actually appear the brightest on October 23rd, but because of the upcoming full moon it will be best to look a few days early.