While the Bluegrass is enjoying “not fall”, north of the border it’s more like winter. It was a cold and snowy start to October for southern Canada. The nearly 13 inches of snow that fell in Calgary, Alberta set a record for the snowiest October day, and the seventh all-time snowiest day. 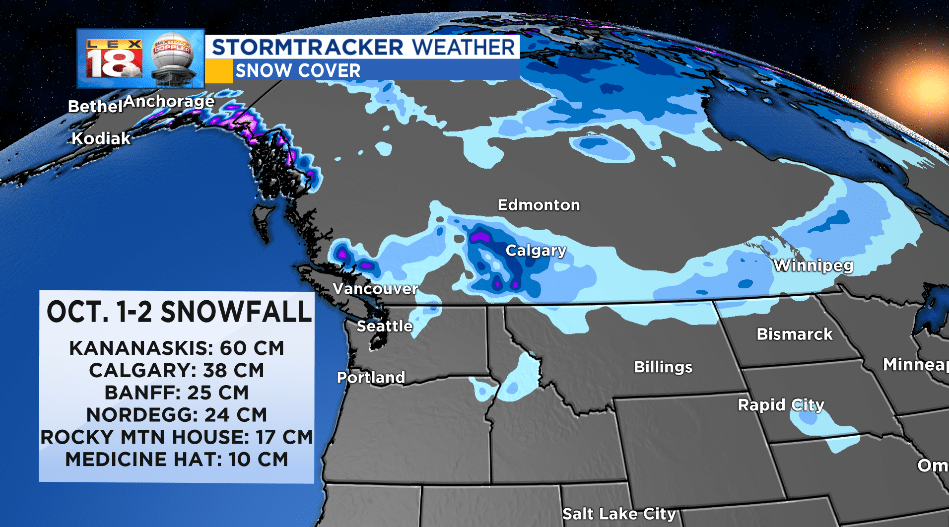 Calgary’s average October snowfall is 3.9 inches. The snowiest October was in 1961 when a total of 47.5 centimeters fell. This year is well on way to that record. The southern Canadian city has also received 30% of the city’s annual average snowfall of 50.7 centimeters.

The pandas at the Calgary Zoo seemed to be enjoying themselves, but the snow caused a lot of headaches. Here's the latest for #Lethbridge and around the province #yql #abstorm #abroads https://t.co/kqdjb2EIJh pic.twitter.com/OZHol1C2Xa

The record-breaking snow snarled traffic in parts of Calgary. Meanwhile, some zoo animals made the best of the early-season snowfall. 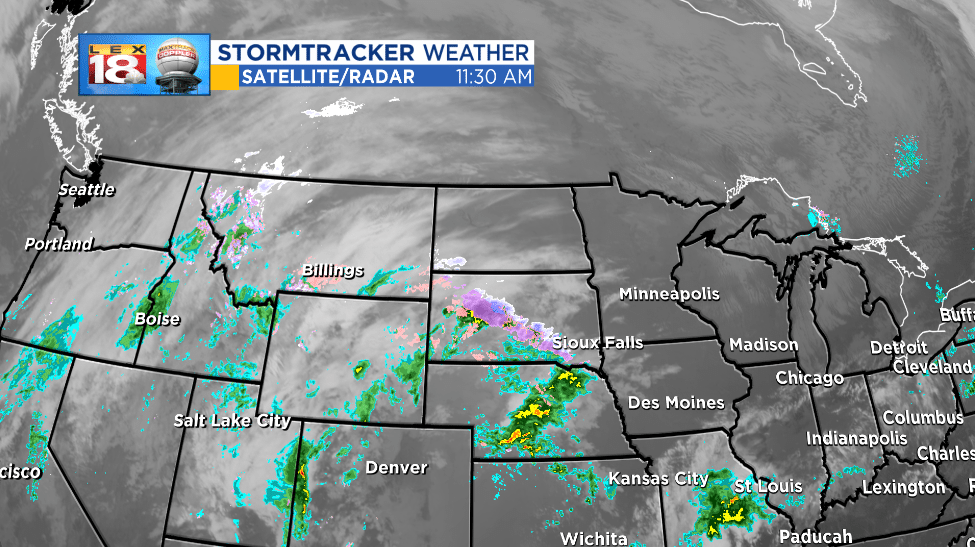 Even parts of the northern US are starting to see some of the white stuff. The northern Rockies and northern Plains are seeing snow today. The first day of meteorological fall (September 1st) brought the first winter storm warning of the season in the U.S., specifically in the higher elevations of northern Alaska. Accumulating snow fell across highest peaks of northwestern Wyoming, southwestern Montana, and northern Idaho in late August.