Long Stretch In the 80s

October started with a summer flare as temperatures have reached 80 degrees for the 6th consecutive day. Temperatures will continue to be hot through the middle of the upcoming work week, so now we start looking at records. 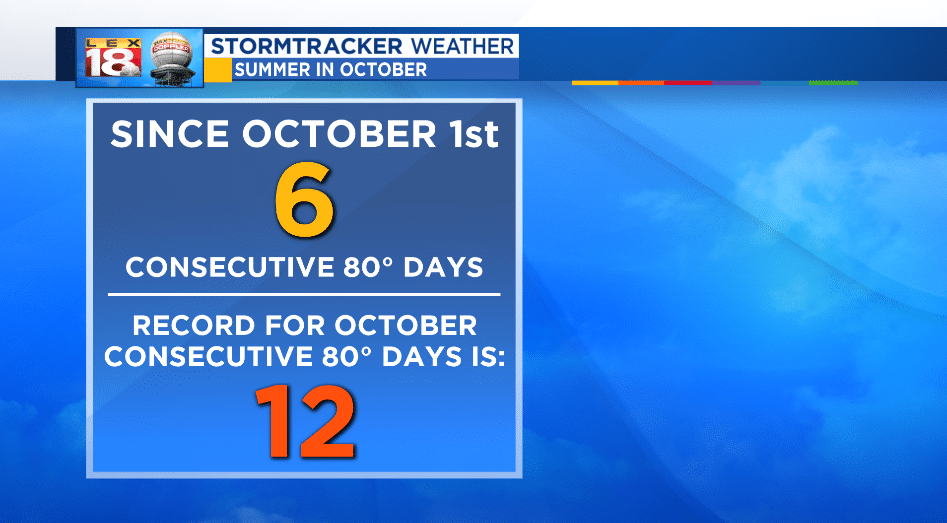 The 6th consecutive day with temperatures at or above 80 degrees occurred on Saturday. As of that afternoon, the amount was half of the record for consecutive 80 degree days in the month of October. The forecast over the next several days show that we continue to reach at least 80 degrees in four of the next five. 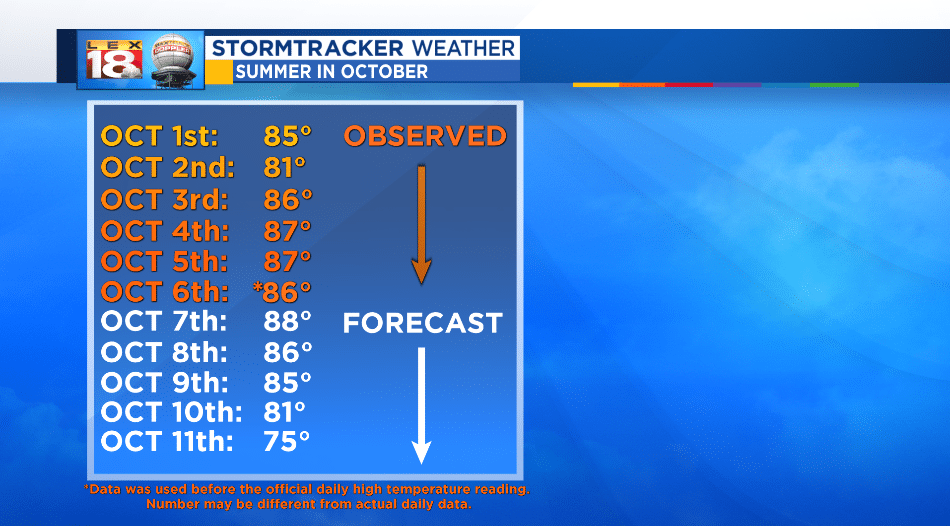 The problem with breaking the 12 day record, is we’re running out of summer heat. Temperatures will swing low due to a strong cold front that promises another blast of fall. We’ll be dropping upwards of 20 degrees between this Sunday and next Sunday. So, how many will that give us? If all goes according to plan, we should get 9 or 10 out of it. If we get either 9 or 10 consecutive 90 degree days in October, we make second place outright. If we only get 8 then we’re tied with 1939 for second place. 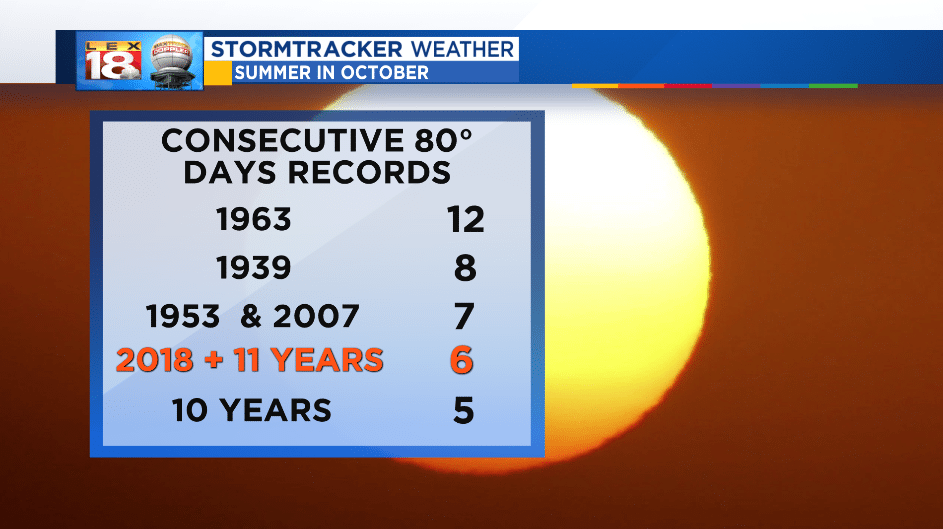