The time has come. Hurricane Michael is ready to make a historic landfall along the Florida panhandle around lunchtime. Overnight the storm strengthened to a Category 4, and has been gradually intensifying as the eye tracks closer to the coast. If Michael makes landfall as a Category 4 it would the first storm to do so in recorded history. 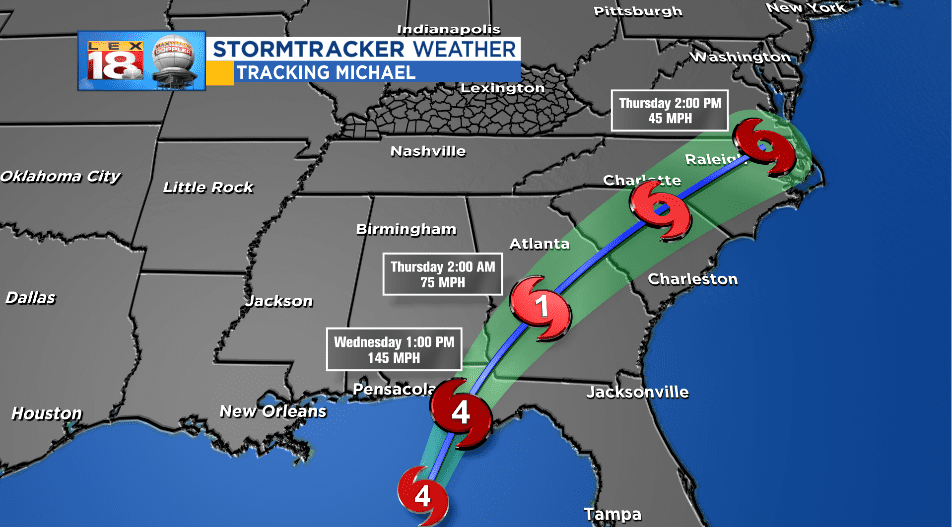 Michael will be strongest storm to make landfall along panhandle of Florida since Opal in October 1995. Maximum sustained winds are expected to reach 145 to 150 mph at landfall. The gusts will be much stronger. Michael’s central pressure has also been steadily dropping; a sign that the storm is still strengthening. The estimated pressure at landfall would put Michael among the ranks of hurricanes Hugo and Opal.

A catastrophic storm surge is also expected with Michael. Landfall is expected a few hours before high tide, but still a wall of water will come shore. The highest storm surge of nine to fourteen feet is expected between Tyndall Airport Force Base near Destin and the Aucilla River. The maximum inundation has shifted farther west from the Big Bend of Florida, which was highlighted as the area to be hardest hit. Even as Michael moves over the land and starts turning to the northeast, the incredibly strong winds will continue to pull water from the Gulf onshore. 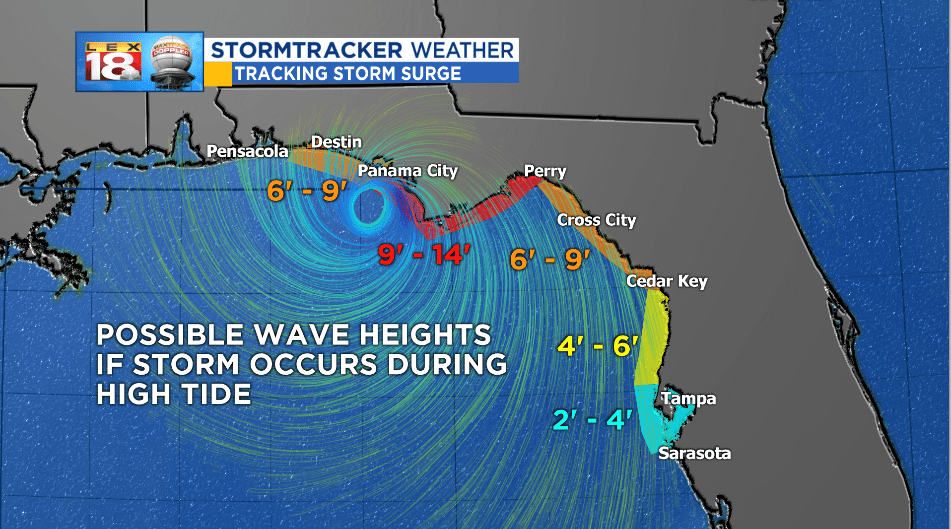 Storm surge is leading cause of hurricane-related deaths. You can’t out run this amount of water. Flood barrier won’t be able to stop all the water from rushing inland. Sand dunes have been built up along Panama City Beach to protect inland areas. These dunes likely won’t be able to keep the ten plus feet of extra water coming on surge. Significant inland flooding will be possible. 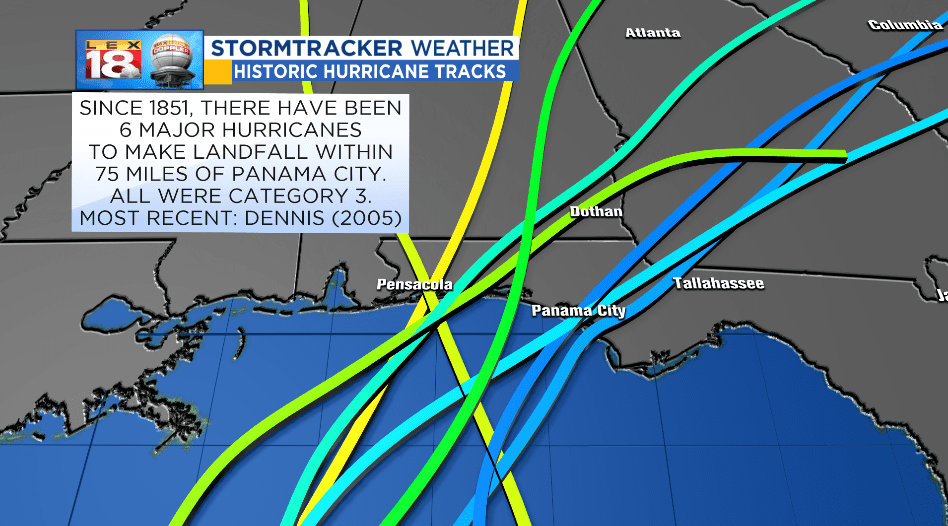 The Florida panhandle has dealt with major hurricanes before, but never one as strong as Michael. There have been six major hurricanes (Category 3 or stronger) to make landfall within 75 miles of Panama City. All have been category 3 strength, including the most recent ones Dennis (2005) and Opal (1995). Michael will set a new precedent.