Hurricane Michael made landfall early Wednesday afternoon near Mexico Beach, Florida with sustained winds of 155 mph. Michael also recorded the third lowest pressure for US landfalling storms. Unlike Florence, the last hurricane to make landfall in the US, Michael got out of town in a hurry. After moving onshore, the storm promptly turned northeast then tracked through Georgia and the Carolinas. Now Tropical Storm Michael is bringing heavy rain, strong winds, and a few tornadoes to the Mid-Atlantic. In roughly 24 hours after landfall, the center of the storm traveled over 600 miles. During the same time Florence just sat in place. 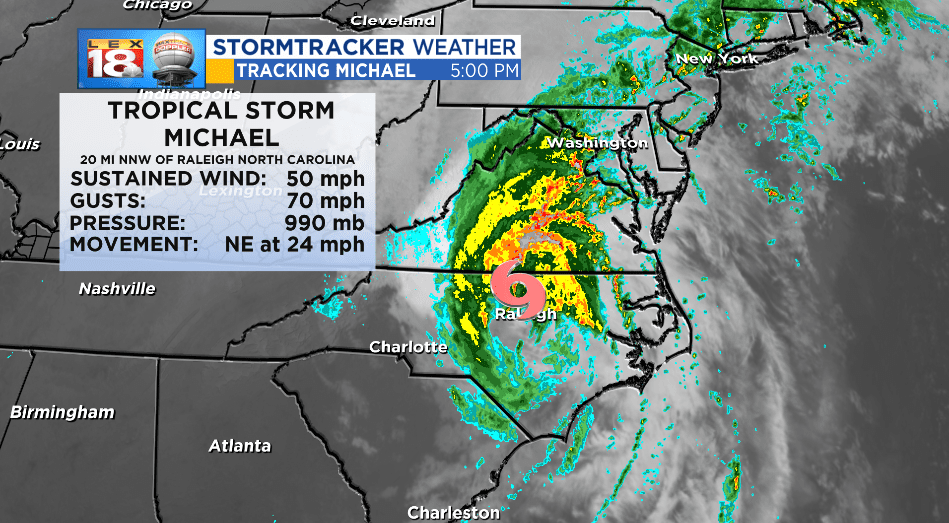 So why is Michael different? First, and not to be smart, it’s a different storm in a different environment. The steering currents in the fall are stronger. Even just a few weeks can make a big different. Michael has also picked up speed. The hurricane was cruising at 10 to 15 mph before landfall. Now it is moving at 24 mph. A strong fall cold front is also getting Michael moving. 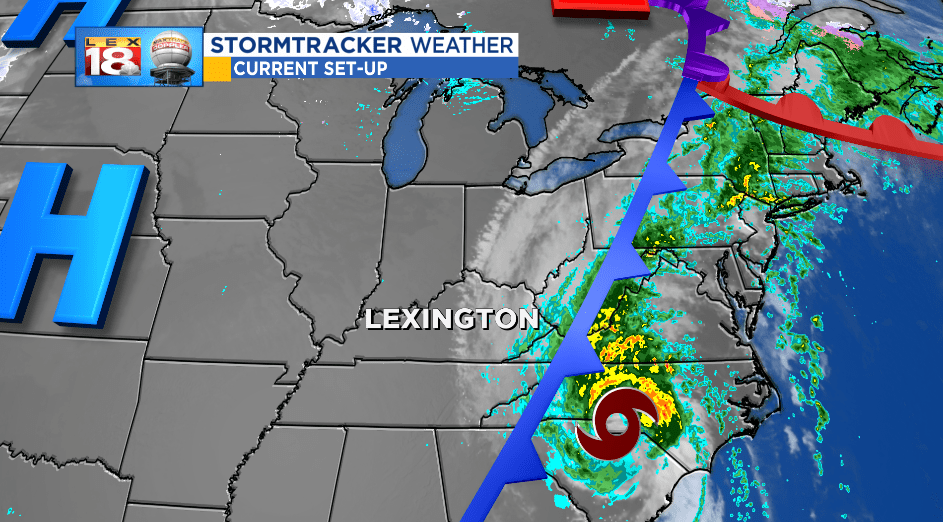 This is the same cold front that pushed us into fall. The boundary will figuratively sweep Michael off the land and carry the storm into the Atlantic. The latest track from the National Hurricane Center keeps Michael a extra-tropical storm across the northern Atlantic over the weekend. Ireland and British isle, France, and Spain will be impacted by Michael next week. This storm will remain a big story once it crosses the pond. 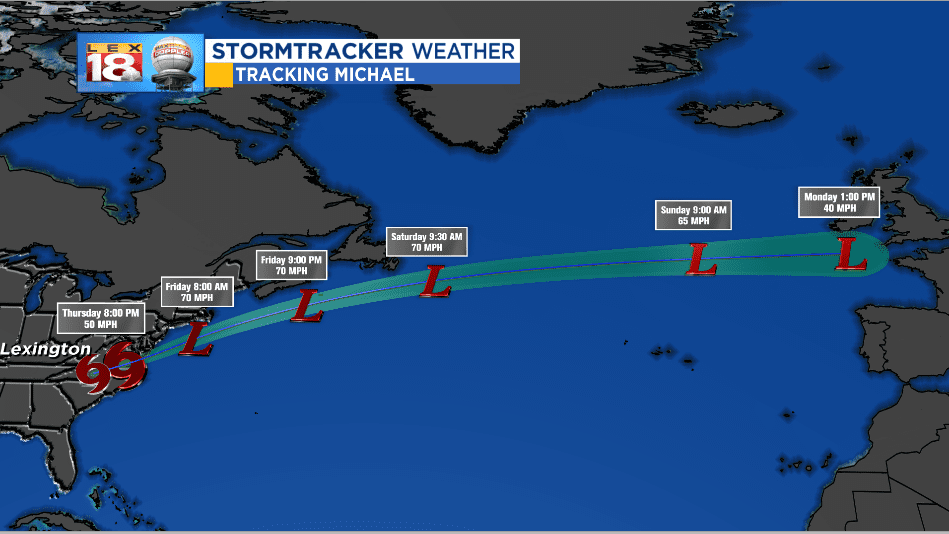