It’s time to break out your fall jackets and allow extra time to warm up your car in the morning because fall is officially here. This morning was the coldest since the end of April. The temperature at Lexington’s Blue Grass Airport dropped to 40°. A few spots even touched the upper 30s. 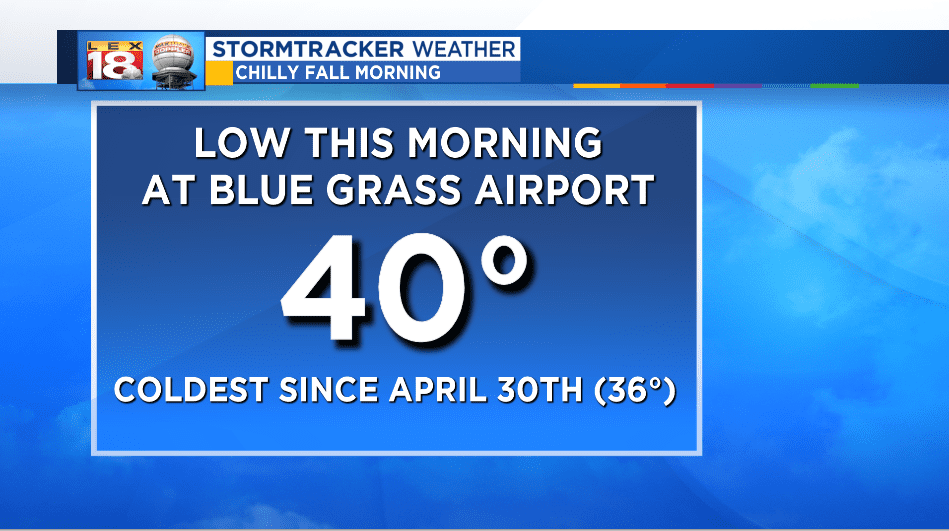 Here are more low temperatures around central and eastern Kentucky from the Kentucky Mesonet. Some touches of frost were reported in Boyle, Harlan, and Harrison counties after temperatures dropped to 36°.

And there’s more where that came from… Once rounds of rain clear on Tuesday, we are tracking the first widespread frost threat of the season. Low temperatures will be in the mid to upper 30s for Wednesday and Thursday. 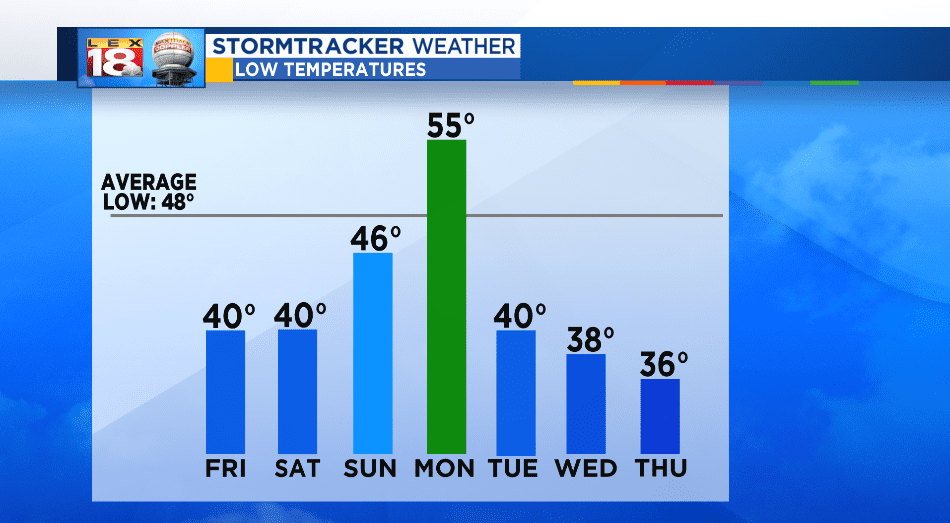 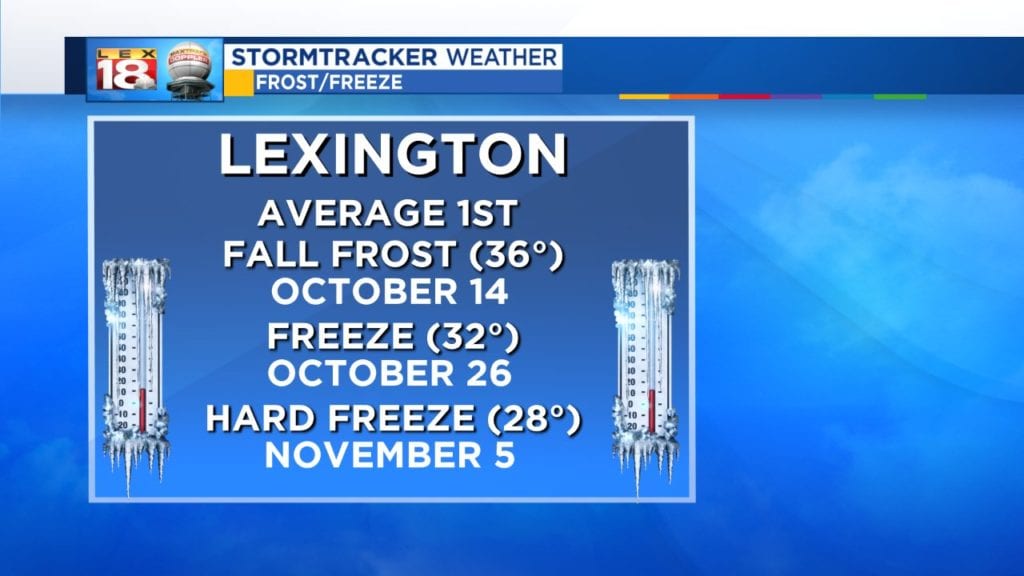