Yep, that’s right. There’s a tropical cyclone headed straight for Spain. This may sound funny to you because it’s pretty rare right.

You may or may not remember Hurricane Leslie. Amid a very active September and early October, Leslie was all but forgotten due to the storm spinning and hitting nothing but some unfortunate fish. Leslie is impressive on its own strictly due to it’s lifetime. The area of low pressure that would eventually become Leslie formed back on the 22nd of September near the Azores. The storm transitioned into a sub-tropical storm quickly, but over cooler waters and unfavorable shear conditions, little was able to sustain it. Therefore it weakened back into a depression on the 25th of September. A boost from a frontal system helped Leslie become cyclonic again and ramped up wind speeds to hurricane force winds even as an extra-tropical cyclone. 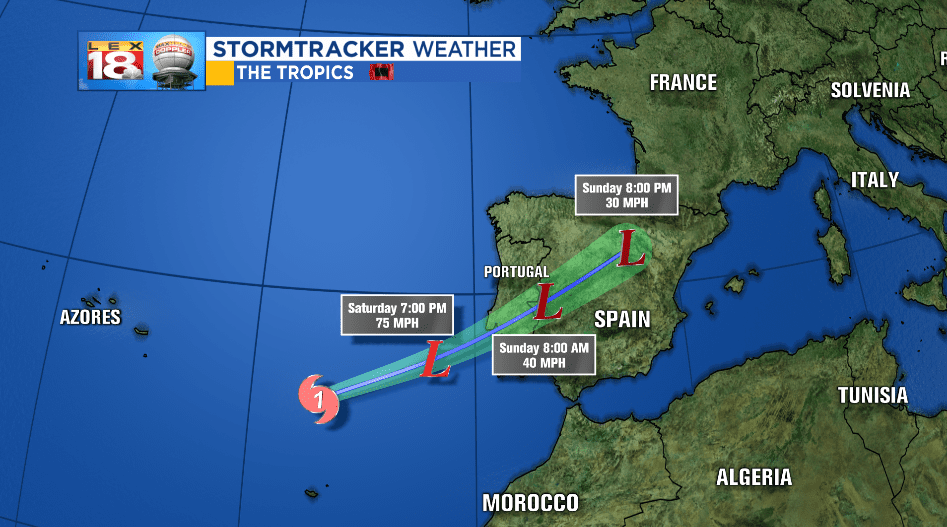 After that and through the beginning of October, Leslie continue to bounce around while weakening and strengthening. However, it wasn’t until October 3rd that the storm became strong enough to boast hurricane force winds as a full-fledged tropical cyclone. That made it the 6th hurricane of the 2018 Atlantic Season.

Fast forward to today, Leslie sits just 450 miles from the Portuguese coastline. On top of that, the storm is moving quickly. The ENE movement of 38 mph means that Leslie will cover that distance by this evening. Right now, Leslie is a Hurricane with 75 mph winds and gusts up to 90 mph. It will continue to weaken as it moves closer to Portugal. Still, wind speeds to 50 mph and wind gusts speeds to 70 as it moves onshore. While the storm is expected to be classified as “post-tropical” before reaching land, the wind experience will be tropical storm force. 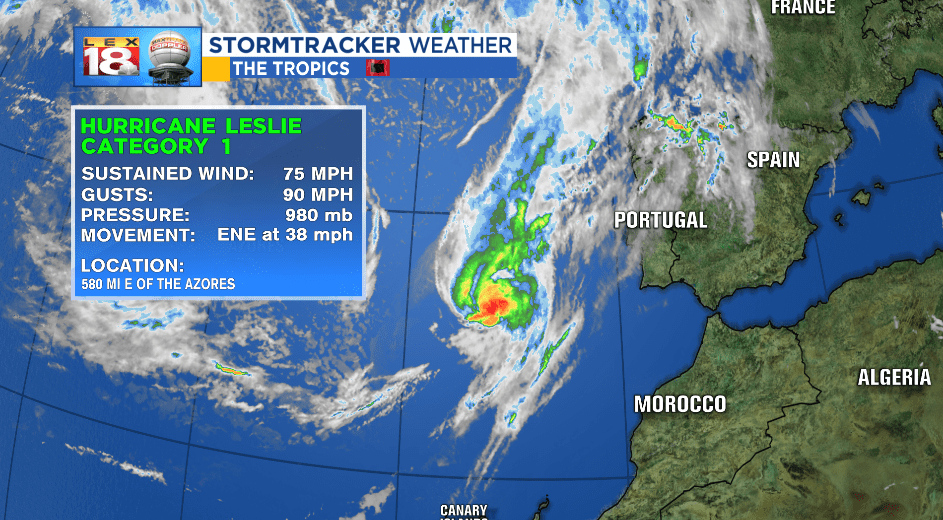 Due to that, beaches and coastal areas have been closed in Portugal and Spain in anticipation of the storm. In addition to the wind speeds, torrential rain could bring flash flood conditions as 1” to 3” of rain are possible with localized spots expecting up to 5.” 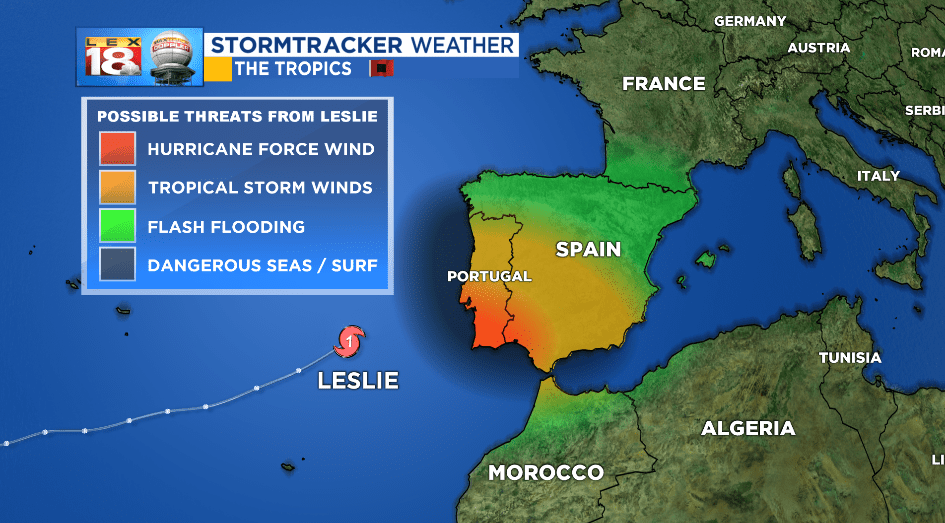 Leslie is not alone when talking about European landfalls. It is one of many tropical cyclones and sub-hurricane storms to do so. The only hurricane to ever make a European landfall was Vince back in 2005. Vince came ashore the Iberian Peninsulas as a tropical depression, becoming the first tropical system to do so since the 1842 Spanish hurricane. The storm dissipated over Spain, then its remnants tracked into the Mediterranean Sea. 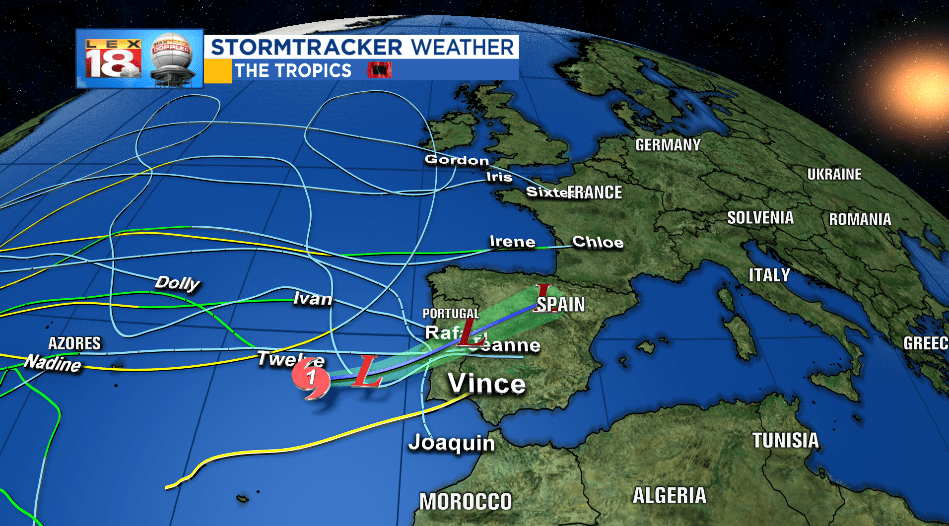