We’re getting into that time of the year where the temperatures cool and the growing season comes to an end. This week, includes the average first frost, but we could be flirting with the first freeze by Thursday. Let’s talk statistics.

As the temperatures cool in the fall, the first ice phenomenon experienced is usually frost. Frost usually occurs around 36 degrees Fahrenheit, but can occur at different temperatures depending on conditions. Still 36 degrees is the threshold for frost. Frost is considered critical by farmers and agriculturalists as a lot of crops become damaged or killed with temperatures that cold. A frost too early or too late in the growing season could spell bad news for their crops. 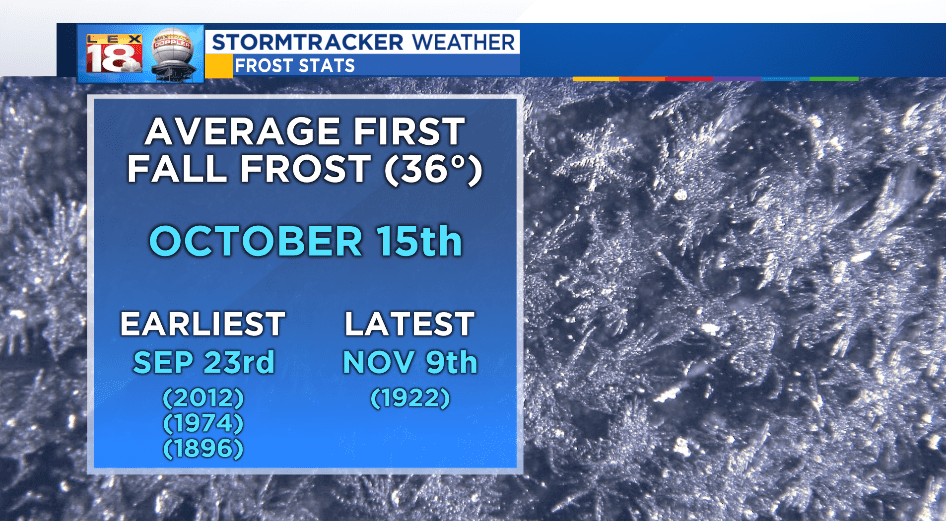 The average frost in Lexington occurs around October 15th. We’re not expecting to be too far off the average this year as we should be reaching the first frost Thursday the 18th. The earliest frost to occur in the fall in Lexington occurred three different years on September 23rd, 2012, 1974, and 1896.

A freeze implies that the forecast area is expected to drop to 32 degrees or below for a long enough period that will damage or kill crops. While there are still a few variety of plants that can sustain near-freezing temperatures, the vast majority cannot. Therefore a freeze is a big deal in the agricultural community. 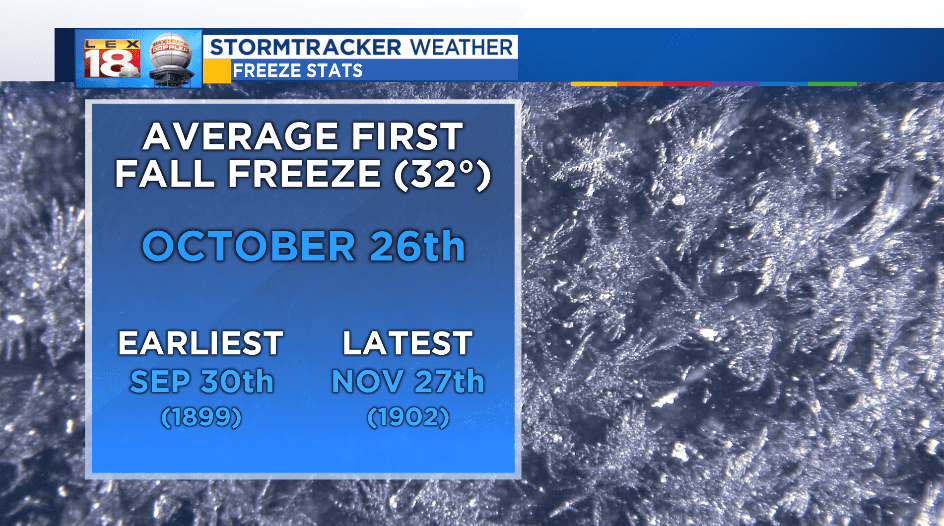 Lexington’s average first fall freeze is the 28th of October. However, freezes have been recorded as early as September, and the earliest being September 30th 1899. The latest first freeze ever recorded in Lexington happened at the end of November (27th) in 1902.

It is important to note that a freeze can occur without frost. A frost must have available moisture at the surface in order for the ice to accumulate. Therefore it is also possible to have temperatures near 36 degrees (frost threshold) and frost not accumulate.

A hard freeze is warned for when the temperature in the reason is expected to reach well below freezing for a long enough period to damage or kill crops. For most NWS offices, this threshold falls around 28 degrees Fahrenheit.