You’ve probably seen pictures circulating of the absolute destruction that Hurricane Michael left behind after slamming into the Emerald Coast with Category 4 strength winds. It didn’t take long for the eye wall to move through with the storm, but that didn’t stop it from wiping out most structures and businesses as it did. Mexico Beach, FL was the community that took the brunt of the wind, and residents have been coming home to property that is unrecognizable.

Only a few homes were still standing after the storm. However, even those were badly damaged or even moved. Except for one home. One home rises defiantly among a sea of debris and sustained very little in damage. This home, named the “Sand Palace,” was built with everything it needed to sustain the 155 mph winds that came ashore. 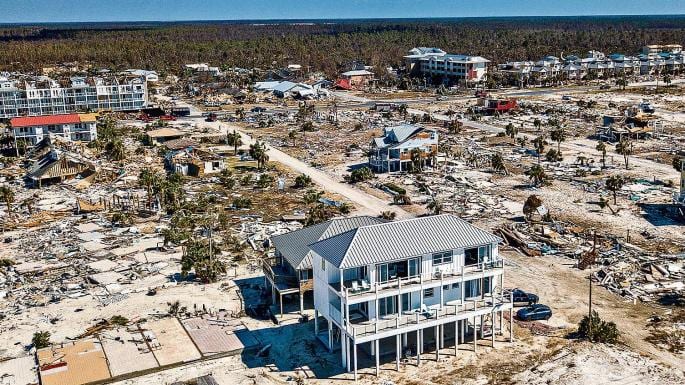 The house was built just last year by Dr. Lebron Lackey, and his uncle, Russell King, both from Tennessee. When the house was built, it was done so with codes above what state law requires. In fact, the price tag to build at these codes were about 15 to 20 percent more than what standard-coded structures cost to build. However, knowing they were building a home in a location that could pose a natural disaster threat, they had to upgrade. 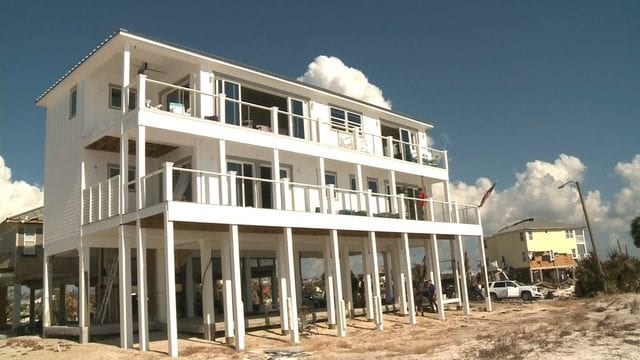 Here’s why their home stood when most others failed.

We try to encourage folks to build above energy codes. These people built above all codes. This home on Mexico Beach survived Hurricane Michael. That's no coincidence. @CNN https://t.co/rXvIQEhI1Y

In a home that can’t withstand such wind, it’s usually the roof that is the last resort for the walls. Once that goes, the home has little to keep it together and will fail. The steel cables connected to the stable pilings in the Sand Palace may have been the catalyst to keep the structure together.

Dr. Lackey hopes that the image of his home still standing will inspire those re-building and others in hurricane-prone areas to build beyond state code. While the cost may be high, the costs of losing your home in a hurricane are even higher.